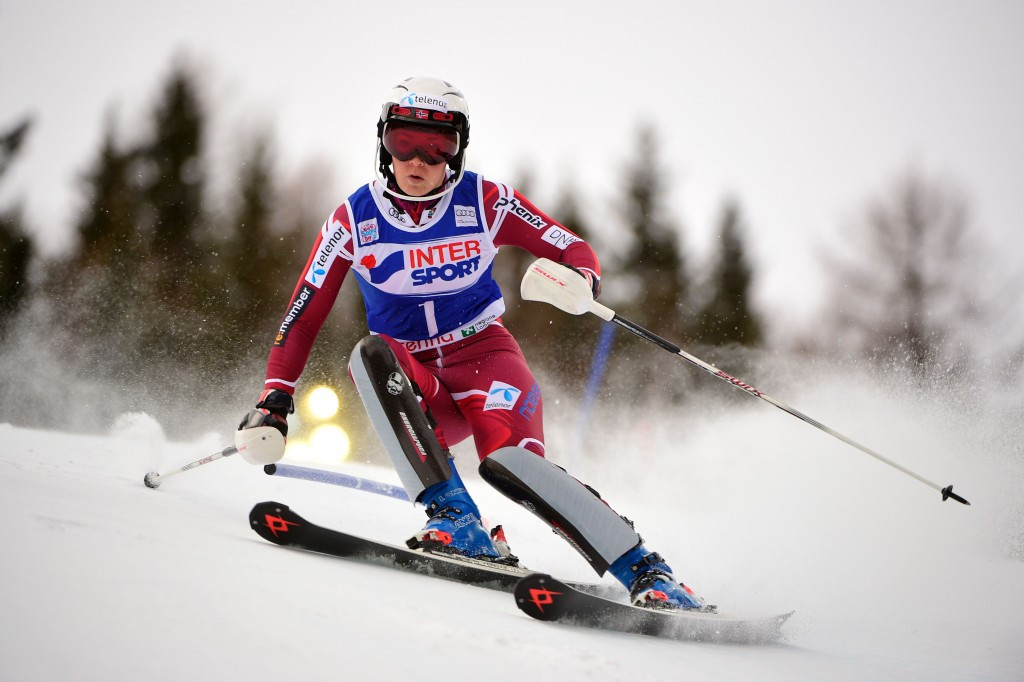 After a period of unseasonably warm weather, the return of cold and snowy wintry conditions was a perfect tonic for the January blues in the Italian resort.

Løseth capitalised more than anyone, clocking the fastest time in each of her two runs to finish in 1min 57.65sec.

This put her comfortably clear of Czech Republic’s Sarka Strachova and Slovakia's Veronika Velez Zuzulova, who finished 1.12 and 1.37 seconds behind respectively to finish in second and third place.

It marked the first victory of the 26-year-old's World Cup career and the first slalom win for any Norwegian since Trine Bakke won in Maribor, Slovenia, in 2000.

It also followed Løseth's disappointing performance in Lienz last week, when she failed to finish.

"Probably the best feeling I’ve ever had on the hill.

"I think I already knew that I was in a good place technically and mentally, so I just want to find out how hard I can push now.

"It’s my challenge that I am always in control, so it’s going to be some fun next races to figure out where’s my limit because I felt I push it quite good on the flats here today and so I was quite happy with the number when I came down and saw actually how much I won with, that it was a good second run, too, not like just a lucky run."

It proved a bittersweet day for Sweden's Frida Hansdotter, who improved upon a disappointing first run to finish fifth.

She leads the slalom World Cup standings with 365 points, 94 clear of Strachova and she also overtook United States' Lindsey Vonn in the overall standings.

Switzerland's Lara Gut continues to lead the way overall with 658 points, ahead of Hansdotter on 521 and Vonn on 500.

Løseth has climbed to fourth with 406 points.

Neither Gut nor Vonn compete in slalom events.

A men's race is due to take place in the resort tomorrow, after both races were moved from Zagreb in Croatia due to mild temperatures and lack of snow.