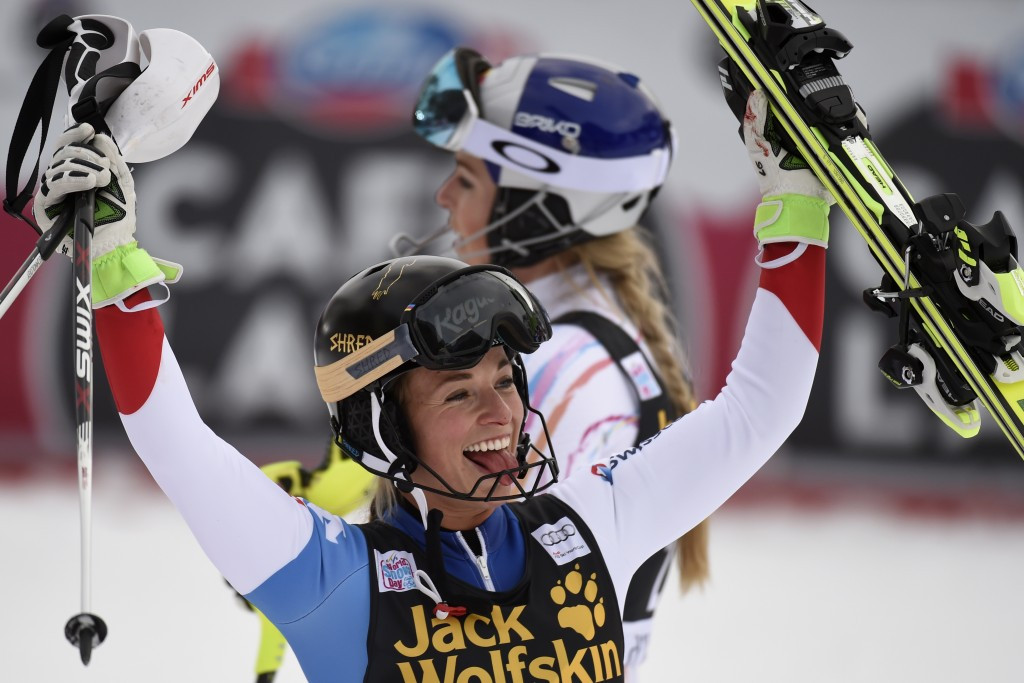 Gut, winner of an Olympic downhill bronze medal at Sochi 2014, had been second after the downhill stage, 0.38 seconds behind United States' superstar Lindsey Vonn.

After Vonn could only clock 54.18sec in her weaker slalom event, however, Gut's 53.79 was the fifth fastest of the day and proved good enough for her to win the personal battle, and the title, by a tiny 0.01 seconds.

It was a 14th World Cup win for the 24-year-old all-rounder and her second in the French Alpine resort following her downhill victory there in 2012.

“I skied as hard as I could in the downhill knowing Lindsey would be faster," Gut said.

"And then I did my best in the slalom.

"I crossed the line with the sensation I had done my job, and it finally was enough.

“I adore this race. I’m especially happy to win here."

Austria’s Michaela Kirchgasser finished third, 0.91 behind the winner, after producing the day's quickest slalom time of 52.11.

Over the Italian border, meanwhile, Svindal continued his dominant season, winning the men's super-G in 1:28:12.

“I was happy Alex skied really well and I knew it would be hard to beat him, but the sweep is really cool," said Svindal, back in form having missed most of last season with an Achilles injury.

"It’s a perfect day for Norway.

“We work hard as a team and we had a lot of days on the snow before the season and we do a lot together.

"Again, it's just a perfect day for our team.”

Norway will be hoping for more domination in tomorrow's downhill event.