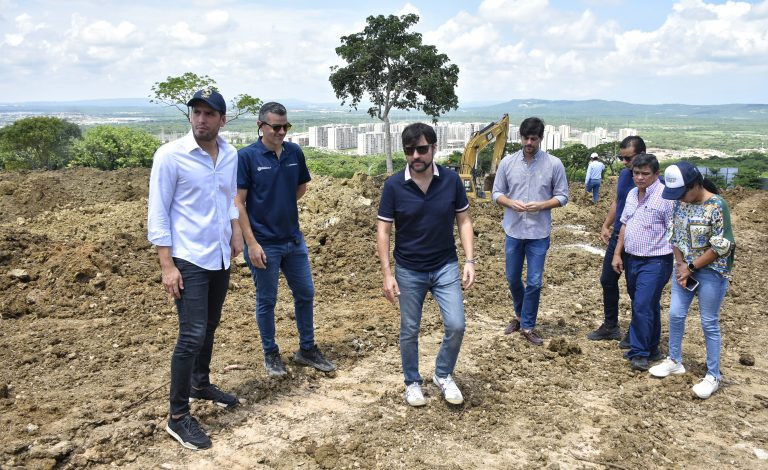 Construction has begun on the first Barranquilla 2027 Pan American Games venue, with Mayor Jaime Pumarejo leading a visit to inspect work on a mountain bike course in the Miramar Urban Forest.

The track is due to be 5.4 kilometres long and is planned to contain a series of rock garden features, technical climbs, descents, jumps, drops and bridges.

"The most important thing is that we already started," Pumarejo said.

"Here we are looking at the first stage of the Pan American Games.

"It is a mixed scenario, because it becomes a landmark of the biodiversity as it is an urban forest of 250,000 square meters, that is, almost 25 hectares.

"We are standing in what will be one of the entrance areas, some administrative squares, a cafeteria, bathrooms, which comprise 4,500 square meters."

The venue is due to have spaces for athletes, judges and medical staff, as well as stands at the start and finish line come 2027.

It has the potential to also host downhill racing, a discipline which features at the Pan American Games but not the Olympics, in addition to the Olympic cross-country format.

It will also have infrastructure for hiking once finished.

"This hiking and mountain biking trail project is important because we consider it to be the first new work that will remain for the 2027 Pan American Games, where mountain biking will be practiced during the Games," said Barranquilla Town Hall's special projects manager Daniel Trujillo.

Trujillo added the authorities are crating "a new scenario in which Barranquilla residents, young people, visitors from other cities in the country can come and enjoy" the Miramar Urban Forest.

Prior to being awarded the 2027 Pan American Games, Barranquilla hosted the 2018 Central American and Caribbean Games.

Track cycling was held in Cali, but Pumarejo wants a velodrome to be built in Barranquilla for the Pan American Games.