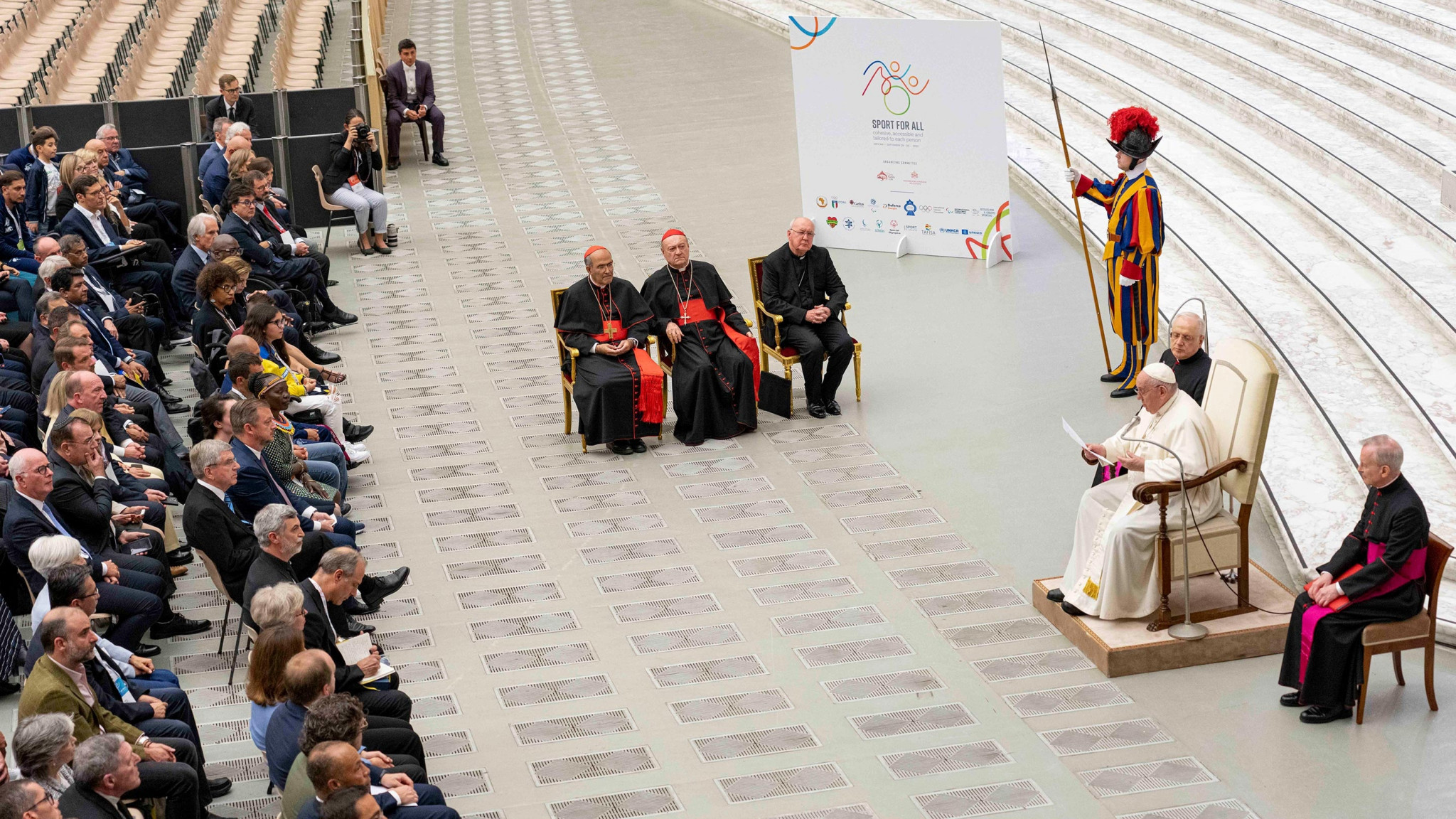 Thomas Bach, the International Olympic Committee President, highlighted the "unifying power of sport" in speaking at the International Summit of Sport being hosted at the Vatican in Rome with Pope Francis in attendance.

"In these difficult times - with divisions and wars on the rise - we need this unifying power of sport to promote our Olympic mission of peace and solidarity more than ever," said Bach, who also discussed sport’s role in contributing to solidarity and peace in a private audience with the Pope.

"But peace is about much more than setting aside differences.

"It is also about creating a better world where everyone is able to flourish; where people are treated equally; where all forms of discrimination and exclusion have no place."

Bach, who had already met the incoming Italian Prime Minister, Giorgia Meloni, in Rome, continued: "While we are determined to strive for peace, we have to be realistic about our limitations.

"We cannot take decisions on war and peace - this is under the exclusive authority of politics.

"And yet, knowing that we operate within these limitations, there is a unique pathway to peace for us.

"This pathway is about bringing people together in peace and solidarity.

"This is our role: to support and strengthen pathways to peace; to foster and promote understanding and solidarity between people and nations.

"In our increasingly confrontational and fragile world, we see how relevant our mission of building a more peaceful world through sport is in our times."

Bach joined Pope Francis and other leaders from major sports and inter-governmental organisations, including Giovanni Malagó, President of the Italian National Olympic Committee, in signing a new declaration to foster inclusion and access to sport for all.

"Our conference and the Declaration that we will sign today are the latest demonstration of our shared belief in the power of sport to make the world a better place," said President Bach.

"I would like to thank Our Holy Father for this wonderful initiative that illustrates how well faith and sport can complement each other."

Amongst the other speakers were Filippo Grandi, United Nations High Commissioner for Refugees, and IOC Member Andrew Parsons, President of the International Paralympic Committee.

During their audience, the Pope expressed his appreciation for the initiatives being taken by the IOC, particularly the support for refugees though the Refugee Olympic Team and the Olympic Refuge Foundation (ORF).

"Our vision at the Olympic Refuge Foundation is a society where everyone belongs, through sport," Bach added.

"Our UNHCR partners have told us many times that whenever they ask refugees what they need most after food and shelter, the answer is almost always sport.

"That is because sport is about so much more than physical activity.

"Sport is empowerment. Sport is inclusion. Sport is respect. Sport is health. Sport is building confidence and dialogue. Sport is solidarity. Sport is peace."

TOP STORY: IOC will continue to monitor situation with boxing and opens door to new governing body being in charge for Los Angeles 2028