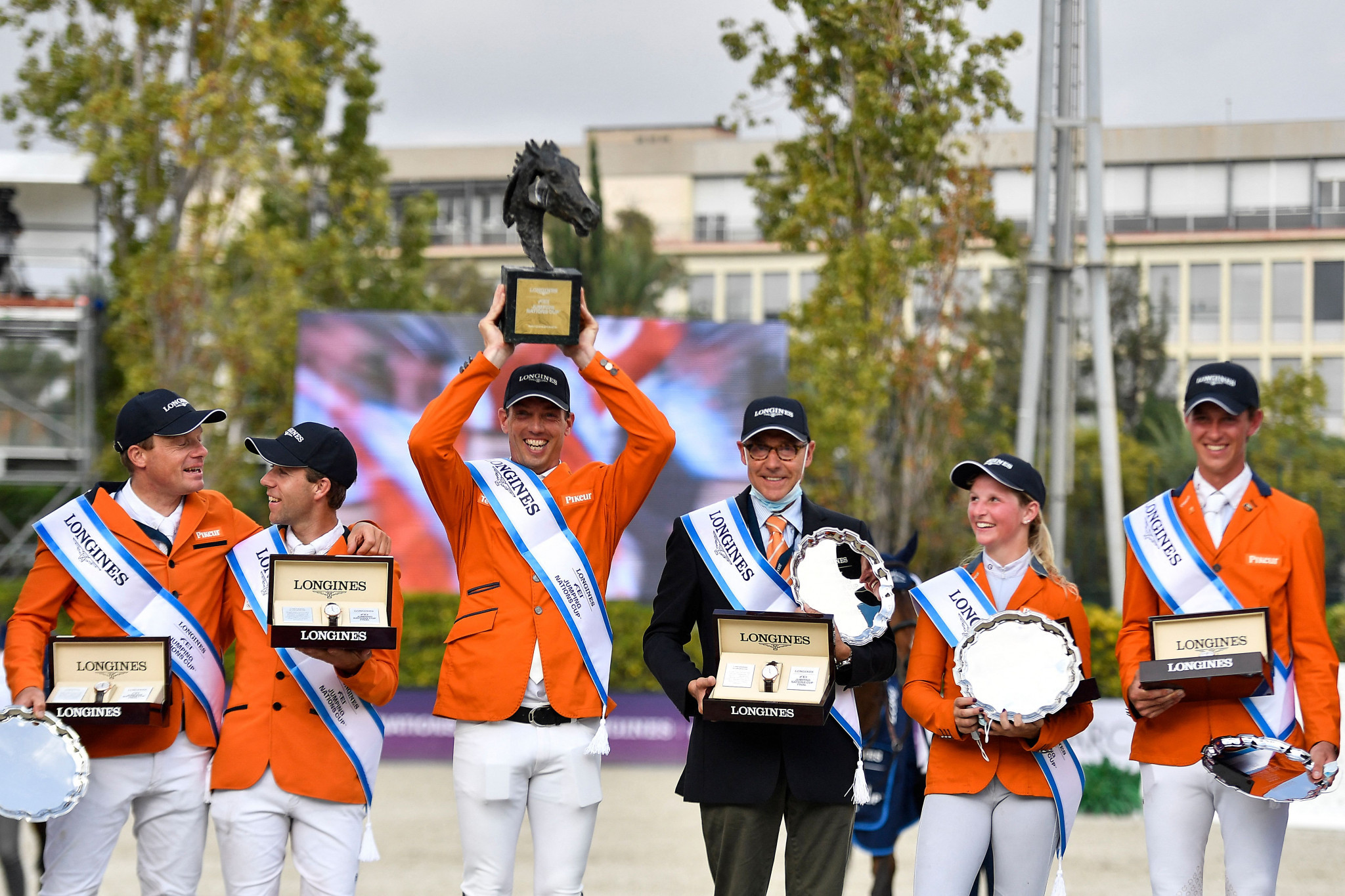 All eyes will be on the Netherlands and their title defence as the International Equestrian Federation (FEI) Jumping Nations Cup Final begins tomorrow in Barcelona.

Scheduled to be held at the Real Club de Polo until October 2, the Dutch will be in relaxed mood after having secured a spot at the Paris 2024 Olympic Games, following a second place at August's World Championships.

World champions Sweden, bronze medallists Britain, Ireland and Germany have all sealed their place at the Olympic Games in the French capital.

However, Argentina, Belgium, Brazil, Canada, Mexico, Norway, Spain and Switzerland will be eyeing the one quota spot up for grabs in Barcelona.

The @LonginesEq FEI Jumping Nations Cup Final isn't just about great Jumping… it's also a gateway to the next Olympic Games. ?

Belgium, who were on Switzerland’s toes at the World Championships in Herning, will look up to Jerome Guery for a ticket to the Olympic Games.

A total of 14 nations will compete in the tournament.

The top-eight nations will be heading to the grand final on Sunday (October 2) while the remaining six will contest the Challenge Cup.