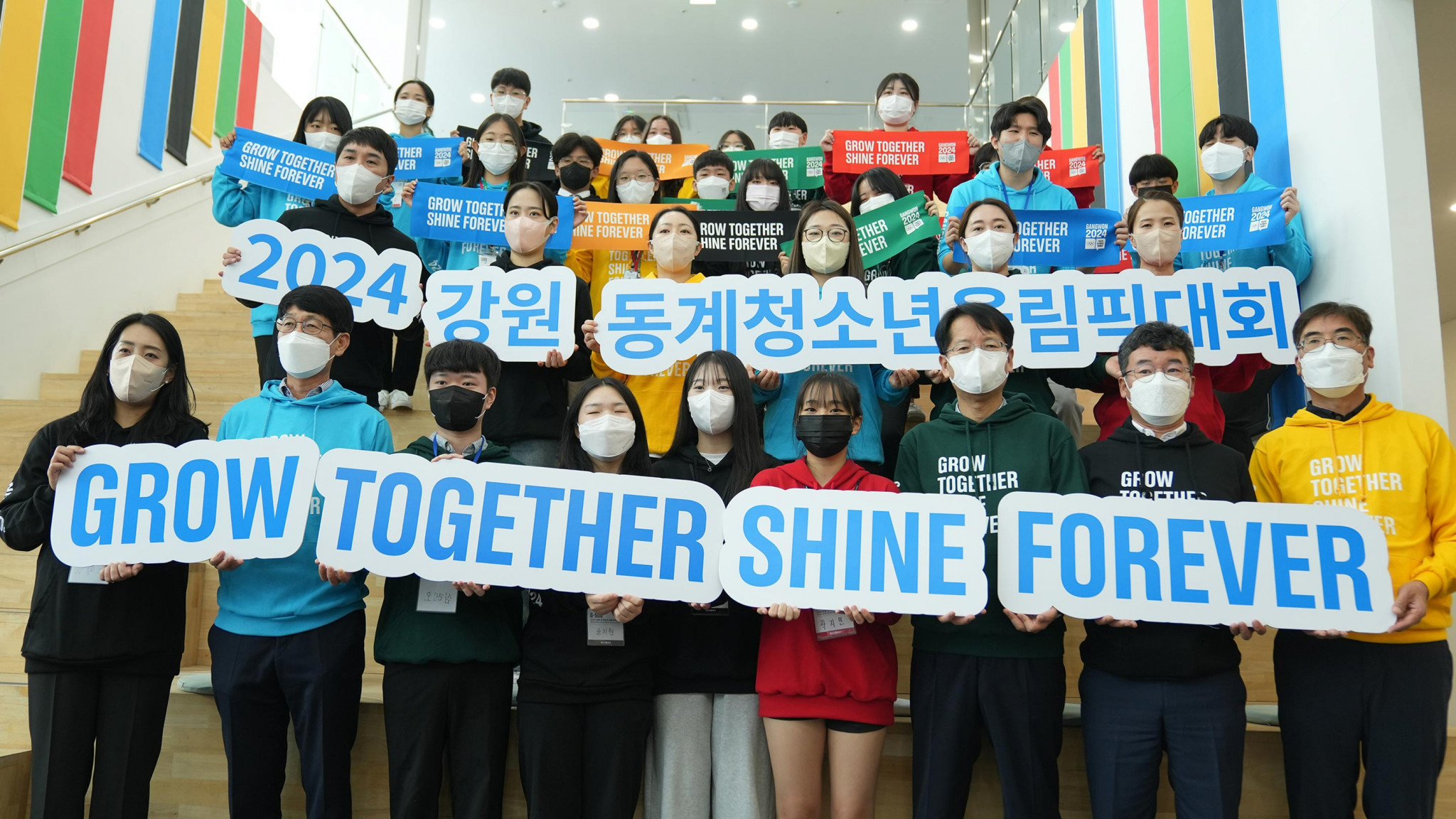 Celebrations to mark 500 days until the start of the Gangwon 2024 Winter Youth Olympics that were postponed due to a typhoon alert in South Korea went ahead today.

Over 30 youngsters from the Games' host cities, who are part of the Gangwon 2024 Promotion Group and Youth Supporters, gathered at the Pyeongchang Olympic Museum for the event.

Last month, the slogan "grow together, shine forever" was unveiled for Gangwon 2024.

According to the organisers, the slogan represents the Games' vision.

"Grow together" represents values of peace, harmony and coexistence while "shine forever" is more about the aim of Gangwon 2024 to pursue a long-term legacy.

During their visit to the Olympic Museum, the participants increased their understanding of the Olympic spirit and winter sports.

‘Grow Together, Shine Forever’ ✨@gangwon2024 have launched their slogan! What do you think? ?#Gangwon2024 | #YouthOlympicGames | #RoadToGangwon2024 pic.twitter.com/VaAkcIak5t

Venue tours and an interactive session with team Kim took place, apart from the launch of the slogan unveiled earlier this month.

"It feels like the cheers and shouts that filled Pyeongchang four years ago still remain here in the city," Gangwon 2024 Youth Supporter Sim Leo said.

"It’s an honour to see how my idea came to life.

"I hope it will grow well for the next 500 days and eventually shine brightly in 2024."

Gangwon 2024 is scheduled to be held from January 19 to February 1 with around 1,900 athletes from 81 National Olympic Committees expected to take part.