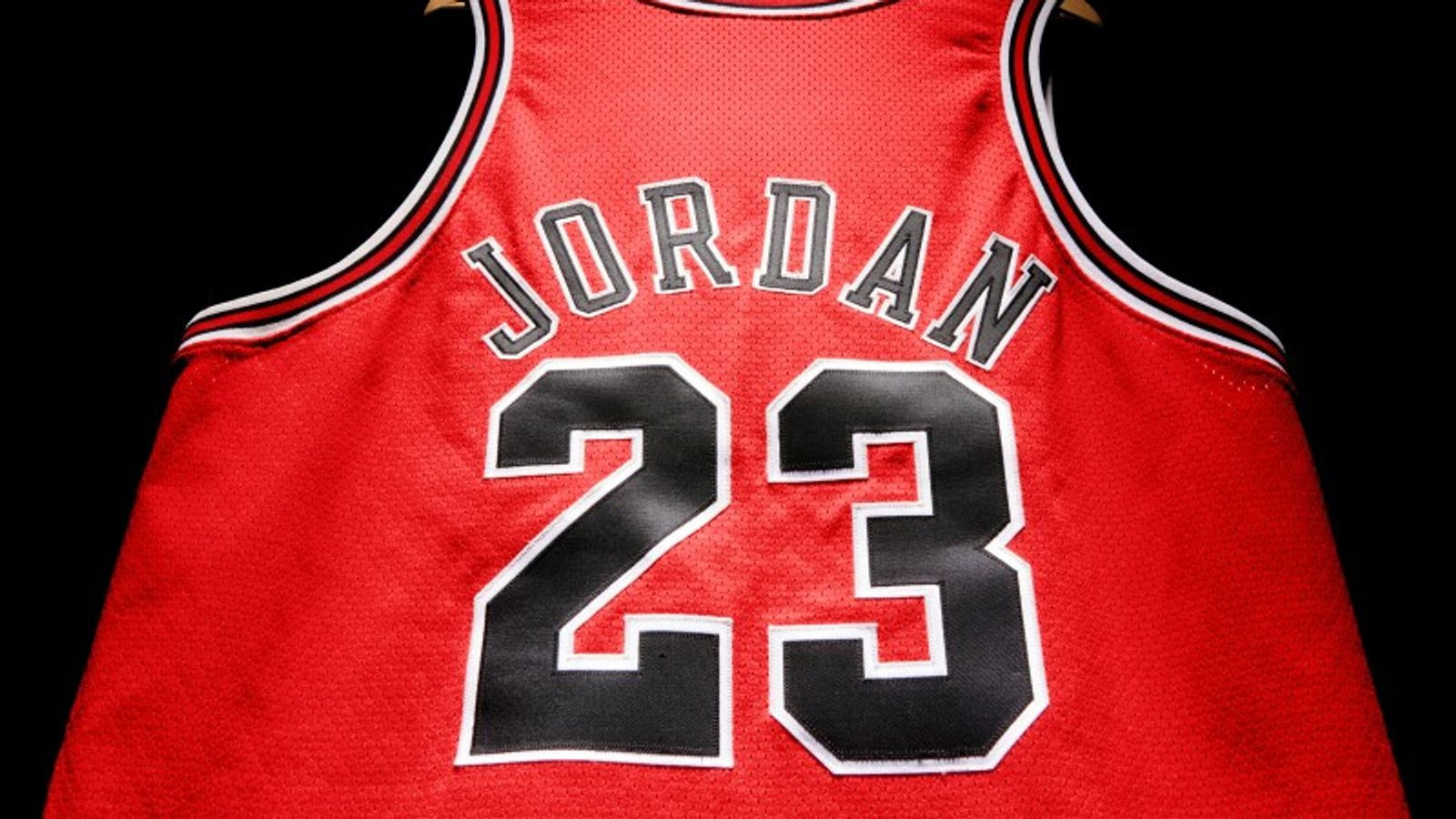 The iconic jersey worn by Michael Jordan during the opening match of the 1998 National Basketball Association (NBA) finals has been sold at auction for a record $10.1 million (£8.8 million/€10 million).

It has become the most expensive piece of game-worn sports memorabilia in history - eclipsing the $8.9 million (£7.7 million/€8.8 million) paid for Diego Maradona's "Hand of God" shirt worn during Argentina’s victory over England in the quarter-final of the 1986 FIFA World Cup in Mexico.

The red and black jersey, emblazoned with the number 23, is also the most valuable Michael Jordan item ever sold at auction.

The Nike mesh vest was listed on New York City auctioneer Sotheby's website as being in "excellent condition, consistent with use".

The jersey was worn during Game 1 against the Utah Jazz, as Jordan played 45 minutes and scored 33 points, forcing overtime but ultimately falling 88-85.

The Bulls would go on to win the series in six games.

The jersey was accompanied by a photo matching the certificate of authenticity and a copy of Sports Illustrated published in June 1998, which highlights the jersey on the front cover.

A record-breaking day. Michael Jordan's iconic 1998 NBA Finals 'The Last Dance' jersey has sold for $10.1 million, setting records for a basketball jersey, any game-worn sports memorabilia, and most valuable #MichaelJordan item ever sold at auction. pic.twitter.com/7t8G98N5pW

"The season itself is his 'magnum opus' as an athlete, and a testament to him as a champion and competitor," said Brahm Wachter, Sotheby's head of streetwear and modern collectables.

"Finals jerseys from Jordan are remarkably scant and the [1998] Finals are arguably the most coveted of them all."

It is only the second Jordan jersey from the NBA Finals to ever appear at auction, according to Sotheby's.

"In the weeks since we announced the auction, there's been palpable excitement from not only sports fans, but collectors alike who are eager to own a rarefied piece of history," Wachter said.

"[The] record-breaking result, with an astounding 20 bids, solidifies Michael Jordan as the undisputed GOAT (Greatest of All Time), proving his name and incomparable legacy is just as relevant as it was nearly 25 years ago."

The size 13.5 black and white boots were cut to Jordan's specifications in 1994, months after he shocked the basketball community by announcing his retirement from the sport after three consecutive NBA Championships in October 1993.

He threw fans a curve ball after revealing his intention to switch sports, embarking on a brief stint as a professional baseball player.

But the athlete returned to the NBA and Chicago Bulls in 1995 - just nine days after retiring from baseball.

In 1999, he bowed out of basketball for a second time, insisting he was "99.9 per cent certain" he would not return.

But two years later in 2001, Jordan returned to the basketball court again, retiring for the third and final time in 2003.

The collecting market is particularly hot at the moment.