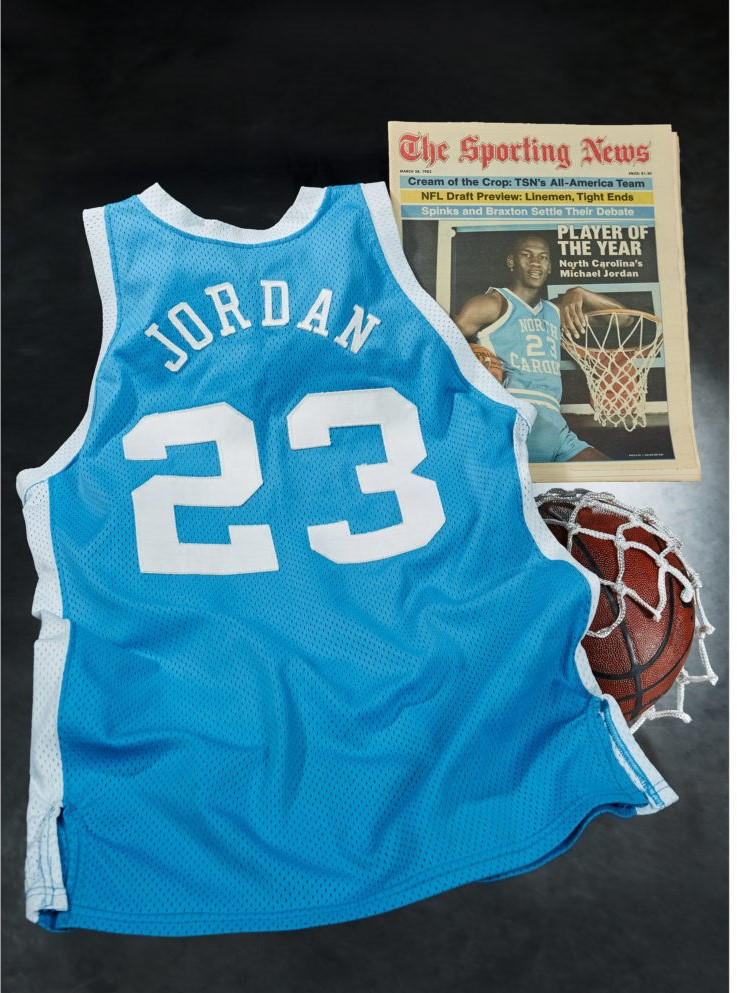 A game-worn jersey belonging to Michael Jordan from his sophomore season at the University of North Carolina has sold for record $1.38 million (£975,000/€1.13 million) by Heritage Auctions.

It is the only known jersey photo-matched to Jordan's 1982-1983 season with the North Carolina Tar Heels when he was named Sporting News' National Collegiate Athletic Association Player of the Year after averaging 20 points and 5.5 rebounds per game.

"As the final price tag proves, this jersey has everything any serious collector could possibly want," Chris Ivy of Heritage Auctions said.

Jordan, a six-time National Basketball Association champion with the Chicago Bulls in the 1990s, is a Basketball Hall of Famer who owns the Charlotte Hornets.

$1.38 million: Price paid tonight at @HeritageAuction for a Michael Jordan jersey worn by MJ from the 1982-83 season at UNC pic.twitter.com/CwResj9WLE

But there still some way to go to beat the all-time sports jersey record sale price set in 2019.