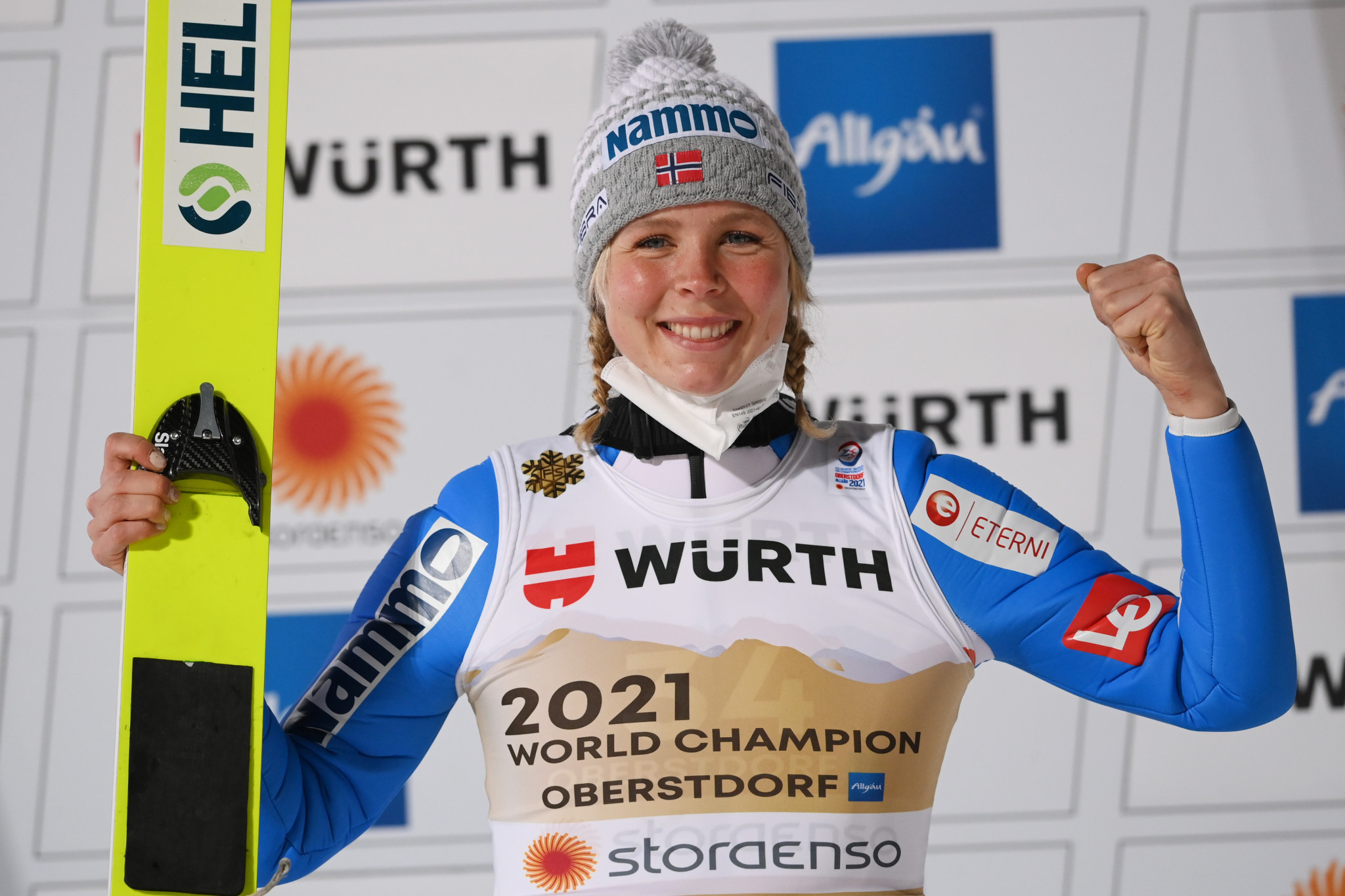 Norway's former Olympic ski jumping champion Maren Lundby has hinted at a return to international competition, admitting "the plan is to jump a lot forward".

Lundby had not jumped since her triumph on the women's individual large hill at the 2021 World Championships in Oberdorf prior to completing an effort in Lysgårdsbakken in Lillehammer earlier this week.

She opted not to defend her women's individual normal hill Olympic title at Beijing 2022 after she said she struggled to lose weight to compete at the Games, telling NRK in a tearful interview in October last year that her "body has changed".

After completing her first jump for more than one year, Lundby wrote on Instagram "why not just celebrate your birthday with a 'comeback'?", and said it was a "great day".

The International Ski and Snowboard Federation (FIS) Ski Jumping World Cup season is due to begin on November 4 in the Polish town of Wisła, and Lundby did not rule out a return to the circuit.

"There is still one job left, but I am on my way," Lundby told VG.

"We'll just have to see what time brings.

"The plan is to jump a lot forward.

"I have started today.

"I hope to be around when winter starts, but we'll see.

"The biggest goals come at the end of the season with ski flying and the [FIS Nordic World Ski Championships] in Planica."

Since speaking out about her weight, Lundby has received widespread praise for her work in helping to combat unhealthy body pressure, winning the name of the year award at the annual Norwegian sports gala in January.