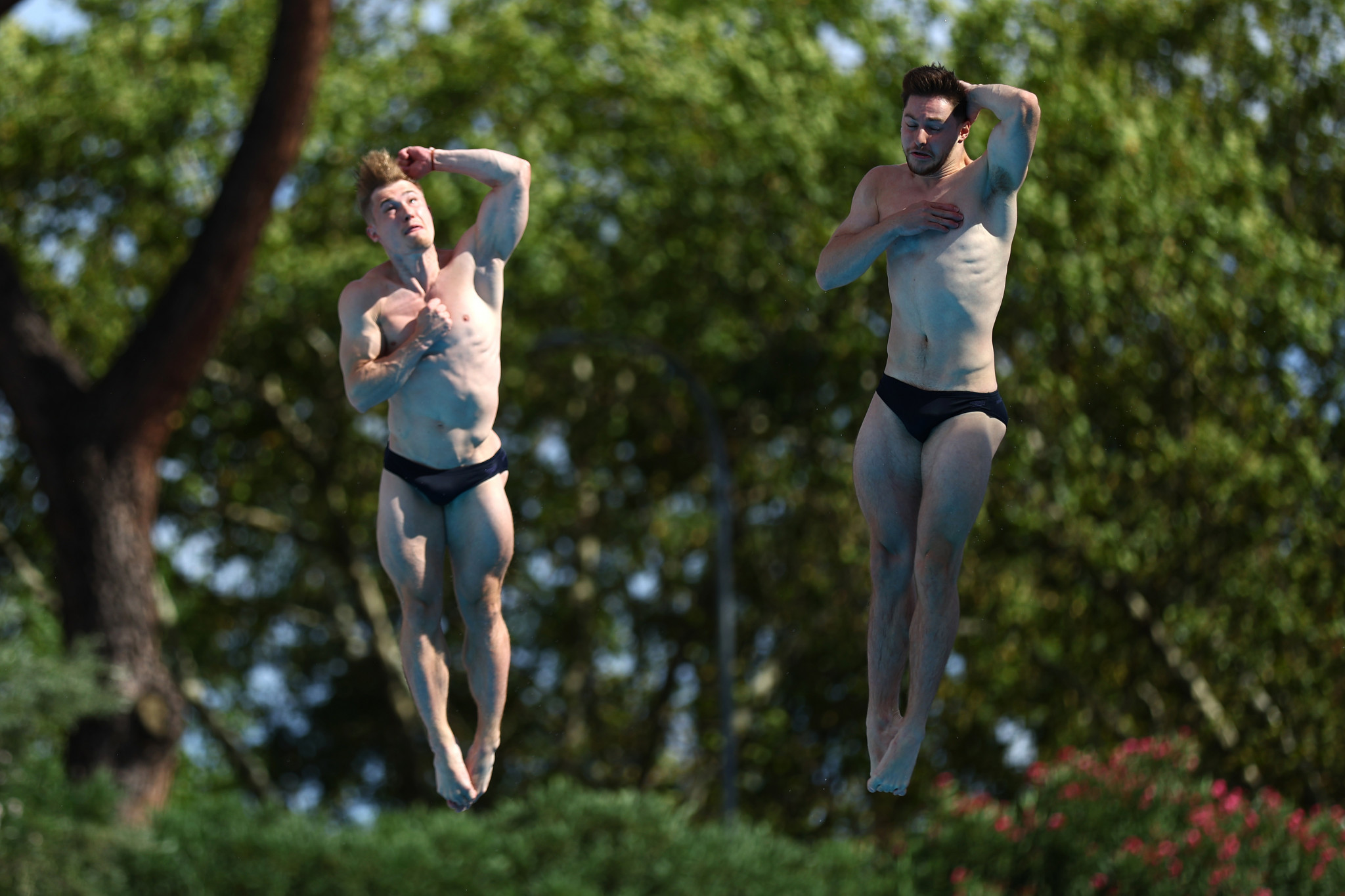 Britain and Ukraine claimed the last diving titles on the final day of competition at the European Aquatics Championships in Rome, Italy.

The pair’s highest scoring dive came in round three of six, as they were awarded 84.36 points.

Laugher and Harding won by a margin of more than 30 points, with Italian duo Lorenzo Marsaglia and Giovanni Tocci claiming silver with 387.51 points.

The home pairing’s highest scoring dive came in the fourth round, earning them 84.66 points.

The bronze medal went to Ukrainian pair Oleksandr Horshkovozov and Oleg Kolodiy who finished on a total of 384.39 points, with their best scoring dive in round three accruing them 76.50.

The final diving title was awarded in the men’s 10m platform with Oleksii Sereda taking victory after a final dive of 91.20, enough to give him an overall total of 493.55 points.

Silver went to Britain’s Noah Williams with 459.00 points, with his highest scoring dive coming in round four and earning him 86.40 points.

The podium was completed by fellow Briton Ben Cutmore, who scored 438.35, with his highest scoring dive coming in round six and earning him 76.80 points.

In the men’s race victory went to Domenico Acerenza of Italy in 1hr 50min 33.6sec, with silver awarded to Marc-Antoine Olivier of France who finished 3.7 seconds behind the winner in 1:50.37.3.

Another Frenchman completed the podium as Logan Fontaine won the bronze medal in 1:50.39.1.

The silver medal went to Italy’s Ginevra Taddeucci, 1.8 seconds behind the winner, in a time of 2:01.15.

Angelica Andre of Portugal completed the podium in 2:01.16.4.