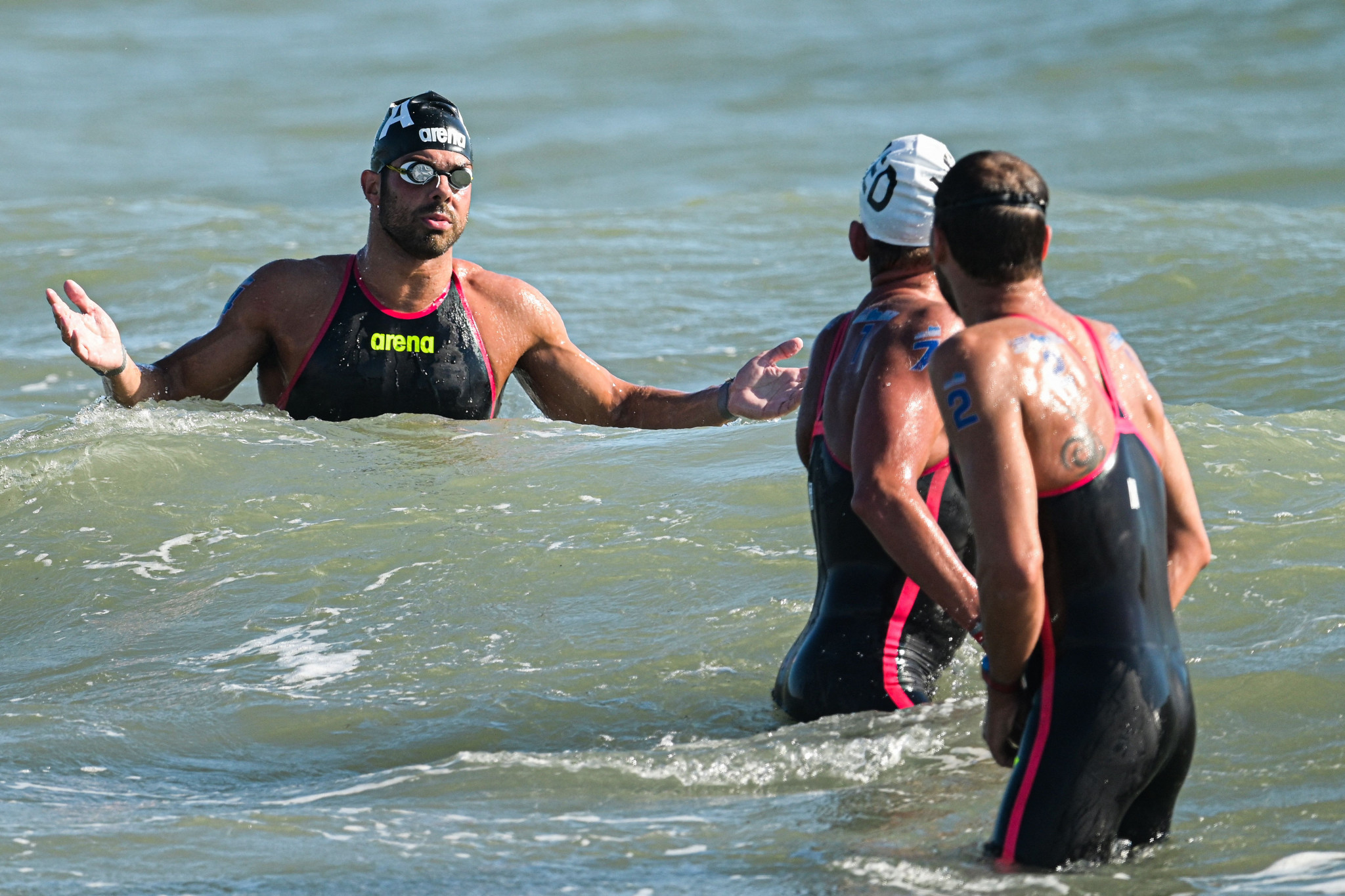 The men’s and women’s 25 kilometres open water swimming races at the European Aquatics Championships have been declared void after a weather enforced stoppage led to confusion among officials.

Racing started as scheduled at the Ostia Lido in Rome, Italy at 1pm local time despite poor weather however confusion reigned around the 15 kilometres mark as the races were stopped due to worsening conditions.

Communication problems between the judges on the ground and those on the boats led to the European Swimming League (LEN) concluding it was not possible to determine the exact point that the rankings should have been taken, as reported by SwimSwam.

In a statement published several hours after the race had been halted LEN said: "Due to a case of emergency because of the weather conditions, both chief referees and the safety delegate decided to stop the races immediately for the safety of the athletes and officials on the course.

"Since the chief referees did not have a view of the final rankings for both races, the LEN Technical Open Water Committee decided to cancel the classification for both races.

"LEN owes an apology to all athletes participating in this race, who devoted themselves to hard work to be ready for this event, for not being in a position to determine the final classification, even though the event was held amid these extreme conditions.

"According to LEN’s principles, the athletes’ and officials’ safety shall prevail in all circumstances."

Italian swimmers were leading both the men’s and women’s fields at the time of the interruption, and earlier in the day Italy claimed a one-two in the men’s five kilometres race.

The podium was completed by Marc-Antoine Olivier of France who finished in third in a time of 52:20.8.

In the women’s race Sharon Van Rouwendaal of the Netherlands claimed gold in 56:58.7.

Open water swimming action is due to continue tomorrow with the 10 kilometres individual races and the five kilometres team relay, although the LEN said that "in the case of adverse weather conditions, races can be postponed or cancelled."