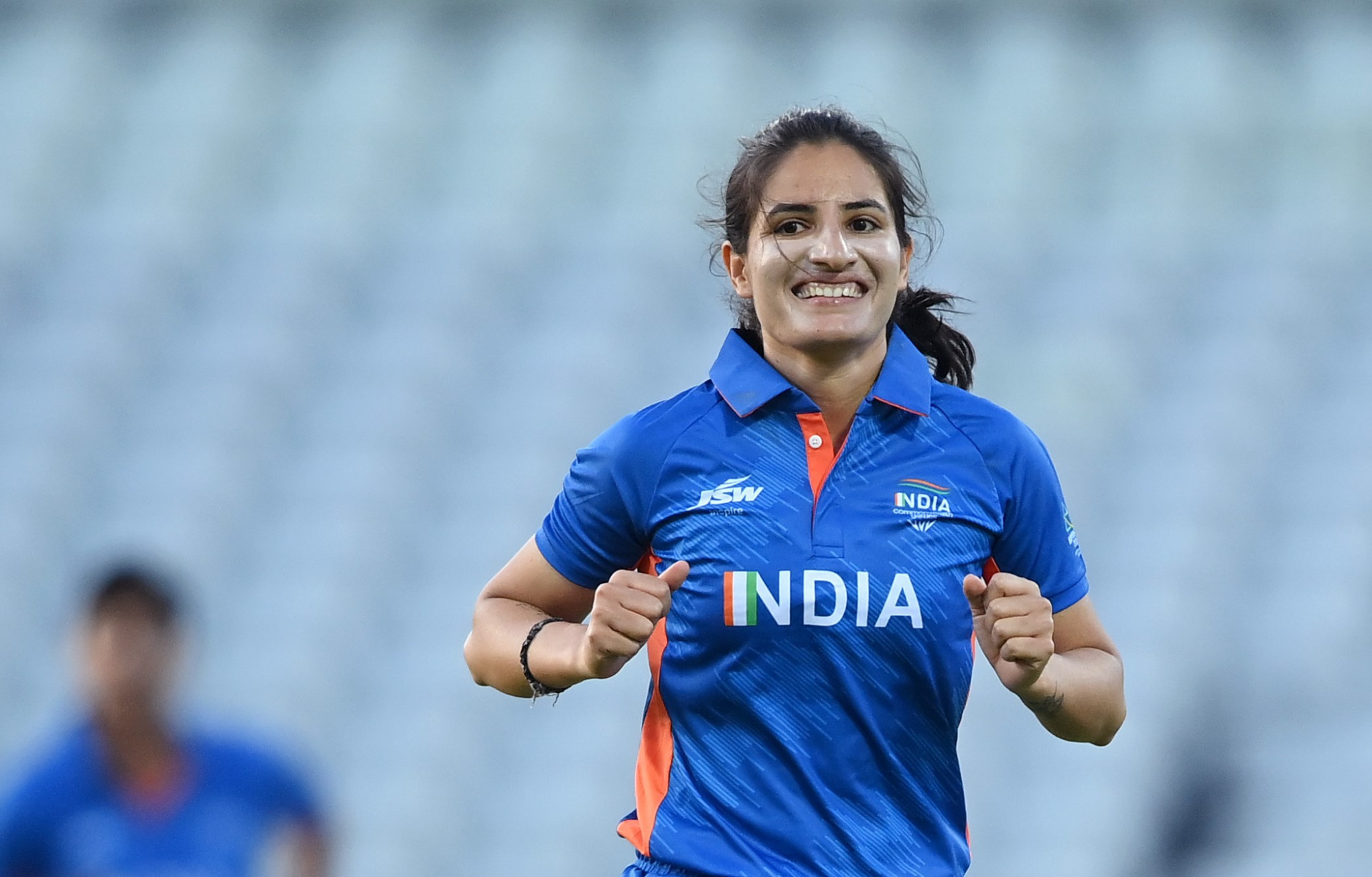 India beat Barbados by 100 runs to qualify for the semi-finals of the Commonwealth Games cricket tournament.

They batted first in front of another enthusiastic crowd on a glorious sunlit evening at Edgbaston.

Shafali Verma struck 43 before she was run out after a mix-up, as India briefly lost momentum when Harmanpreet Kaur departed for a duck a few moments later.

Jemimah Rodrigues took up the mantle with a patient and unbeaten 56, and Deepti Sharma's brisk 34 not out lifted India to 162 for 4.

"I was glad I was able to contribute to the team's plan," Rodrigues said.

"I know how to manoeuvre the field, my game is not very flashy, but I end up getting a good strike rate," she added.

Renuka Singh Thakur then set about the destruction of the Barbados top order almost single-handedly.

Barbados head for home, but the 2026 Games in Victoria will be an important motivation for them.

"It means so much playing against the best teams and the best players in the world," Matthews said,

"It has given our regional tournament a bit more to play for, we will see all the other teams coming really hard, Barbados included."

Earlier Australia beat Pakistan by 44 runs to record a third straight victory and win Group A.

They lost Alyssa Healy and Meg Lanning early to leave them tottering at 19 for 2, but Beth Mooney and Tahlia McGrath proceeded to assemble an unbroken third-wicket partnership of 141.

Opener Mooney finished on 70 not out from 48 balls, an innings which included a six and eight fours.

"We've got used to the wicket we've seen throughout this tournament, the longer you are out there the easier it is and the easier to cash in at the back end, so we knew if we did that we’d be in with a good shot to get a decent total," Mooney said.

Tahlia McGrath top scored with 78, an innings which included 10 fours and a six.

"We were in a bit of a sticky situation early so we had to work through that and that's what allowed us to have that freedom at the end," McGrath said.

Meg Lanning's side has just swept the group stage at the Comm Games with a 44-run win over Pakistan! pic.twitter.com/EWF2Gi0mi9

When Pakistan batted, McGrath took three wickets and also had a hand in a run out.

"Finding my length and adapting to the wickets here, it is nice to get into some rhythm and take some wickets," McGrath added.

For the second successive match an Australia bowler was on a hat-trick, this time McGrath, but she was unable to capitalise.

"I wasted the hat-trick ball - it was a terrible delivery but we move on."

Fatima Sana top scored for Pakistan with an unbeaten 35, as they finished on 116 for 8.

Group B concludes tomorrow as South Africa meet Sri Lanka in the first match, before England take on New Zealand in the contest that will decide who plays who in the semi-finals.

A decision on which match is played first will be taken after the line-up is known.