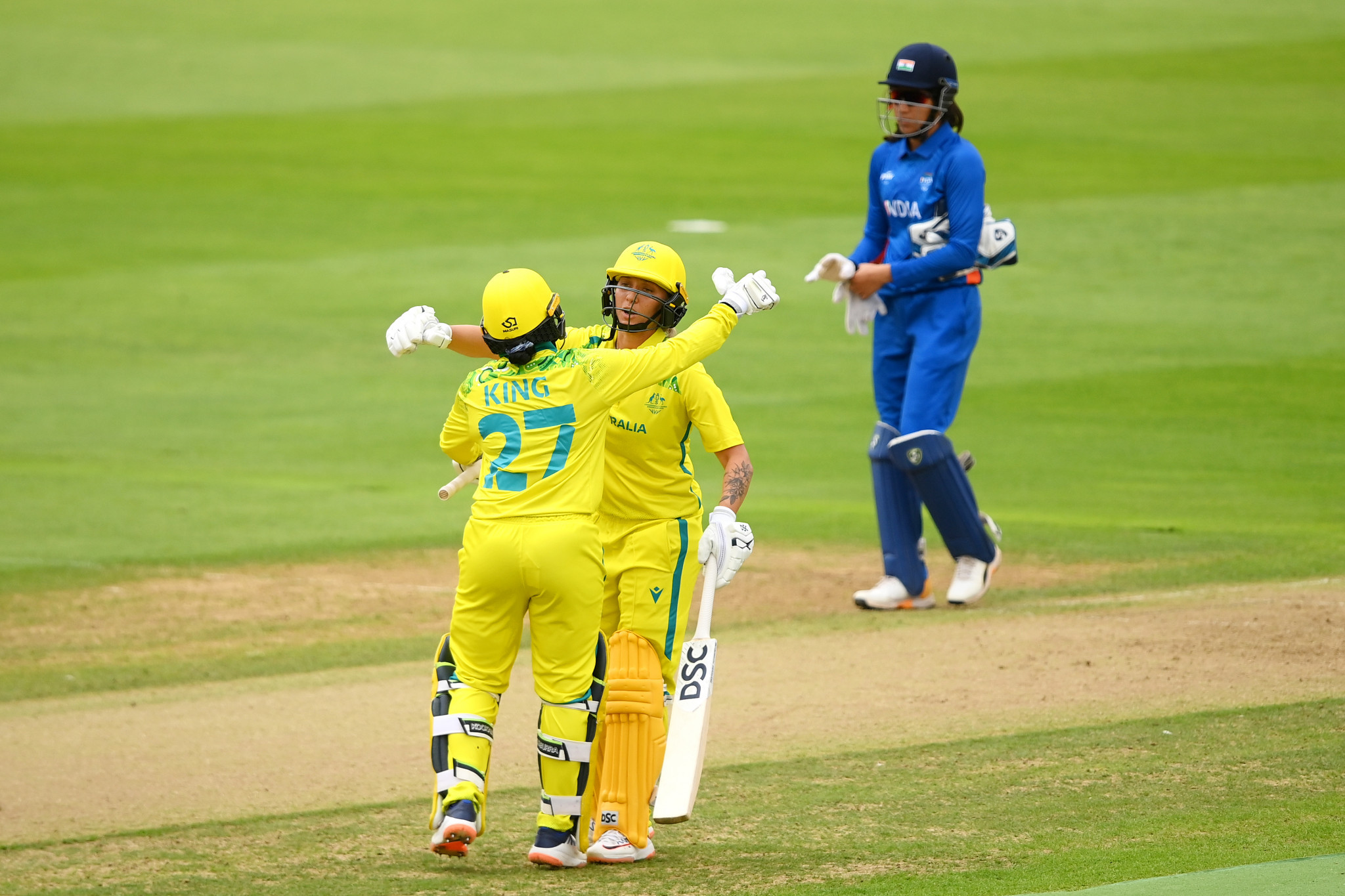 Australia and Barbados were the big winners on an historic first day of the Commonwealth Games T20 cricket competition in Birmingham.

Ashleigh Gardner struck an unbeaten 52 as Australia staged a grandstand recovery to achieve an unlikely three wicket victory over India in the opening match of the tournament in Group A.

Gardner hit the winning runs as Australia chased down a victory target of 155 with an over to spare after losing a wicket to the second ball of the innings.

"I know a lot of people had written us off," Gardner said.

"For me I guess it was just biding my time and sticking to my strengths.

"I can confidently say we bat down to number 11, I guess believing in ourselves is the best thing we can do."

Australia lost Alyssa Healy for a duck and skipper Meg Lanning for eight and tottered at 49-5, before Grace Harris and Gardner added 51 for the sixth wicket.

"I knew what Grace was capable of doing when she came out and she really put the pressure back on the bowlers," Gardner explained.

The victory looked in doubt when Australia lost Harris and Jess Jonassen in quick succession to leave them at 110-7, but Gardner took them home with support from Alana King.

India had batted after winning the toss and looked well placed for a big score after a brisk start from openers Smriti Mandhana and Shafali Verma who scored 48.

They lost momentum briefly after Yastika Bhatia was run out following a misunderstanding.

Harmanpreet Kaur’ made a 34 ball half century including eight boundaries and the only six of the innings.

India reached 154-8, but it wasn't enough to prevent the Australian victory.

In the second match of the day, Barbados beat Pakistan by 15 runs.

Pakistan had won the toss and asked Barbados to bat.

Skipper Hayley Matthews and wicketkeeper Kycia Knight both hit half centuries to help Barbados to 144-4 in their 20 overs.

The Pakistani reply had a dramatic start when Iram Javed was caught at the wicket by Knight off the bowling of Shamilia Connell for a first ball duck.

Barbados retained tight control and although Nida Dar was unbeaten at the end on 50, Pakistan were still 15 runs short.

"Our West Indies experience showed and we were able to get the job done, I know we made not only Barbados but the entire Caribbean proud as well," Barbados captain Hayley Matthews said.

"Every time we go there, we play with as much passion as pride.

"It is a bit more special that we are playing for the island but I know the entire West Indies was supporting us 100 per cent."

New Zealand face South Africa in the first match of Group B tomorrow.

England will be led by Nat Sciver because regular skipper Heather Knight has failed to recover from a hip problem.

Knight is expected to return for England’s second match against South Africa on Tuesday (August 2).