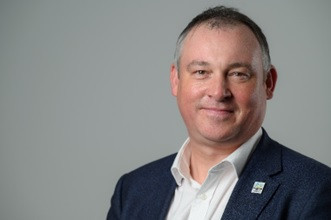 The West Midlands is to engage in talks with key sporting officials in the hope of bringing more major events to the English region after the Birmingham 2022 Commonwealth Games.

The West Midlands Growth Company (WMGC) has invited representatives from around 15 International Federations that it feels "match our ambition to be innovative, inclusive and appeal to our young and diverse population".

The sporting officials are expected to attend the Major Sports Economy Conference at UK House in Birmingham on Tuesday (August 2).

"These guests along with the existing Commonwealth Games International Sporting Federations who are already here for the Games will provide a fantastic promotional platform and give us a great chance of securing some serious interest in bringing a new generation of major events to the city and region," Joel Lavery, strategic lead on major sporting events for the WMGC, told insidethegames.

Birmingham is staging the Commonwealth Games that opened on July 28 and are due to run until August 8, with competitions held across the West Midlands.

The WMGC and Birmingham City Council have now set the target of securing the hosting rights for at least eight global events within the next five years.

"Our aim is to elevate and enhance the status of Birmingham and the West Midlands as a world-class host of major events nationally and globally amongst International Federations and rights-holders, attract expressions of interest and develop bids to secure a minimum of eight major international events between 2022 and 2027," said Lavery.

"We were delighted that Birmingham has recently been named for the first time in the BCW 2022 Ranking of Sporting Cities at number 34 so our efforts to enhance our status as a world-class major event city are clearly working.

"This has been published even before the bounce effect that most cities experience post major Games so we are really optimistic about the future and to realise our ambition to deliver a golden decade of major sporting events for the city and region."

"We are driven by purpose and impact - why are we doing it and what impact do we want it to have - and we are also guided by our values to be innovative, youthful, inclusive, diverse, collaborative and sustainable," said Lavery.

"We know that our best advert for the West Midlands would be the Games itself and so we have invited a number of International Federations and rights-holders to come to West Midlands and experience our great cities of Birmingham, Coventry and Wolverhampton in 'Games mode'.

"This isn’t about the action on the stadium or pitch per se, more about imagining how our cities and communities could embrace their major event properties and create a unique welcome and atmosphere for their players, officials, fans and spectators both physically and virtually in Birmingham and the West Midlands.

"The next phase of our strategy, once we have enjoyed the spotlight of the Games, will be to do some analysis and reflect on all the options and opportunities in front of us and consider carefully how we deliver the plan.

"We are planning a thought leadership conference in November this year with some renowned industry experts to help us plan out those critical next steps."