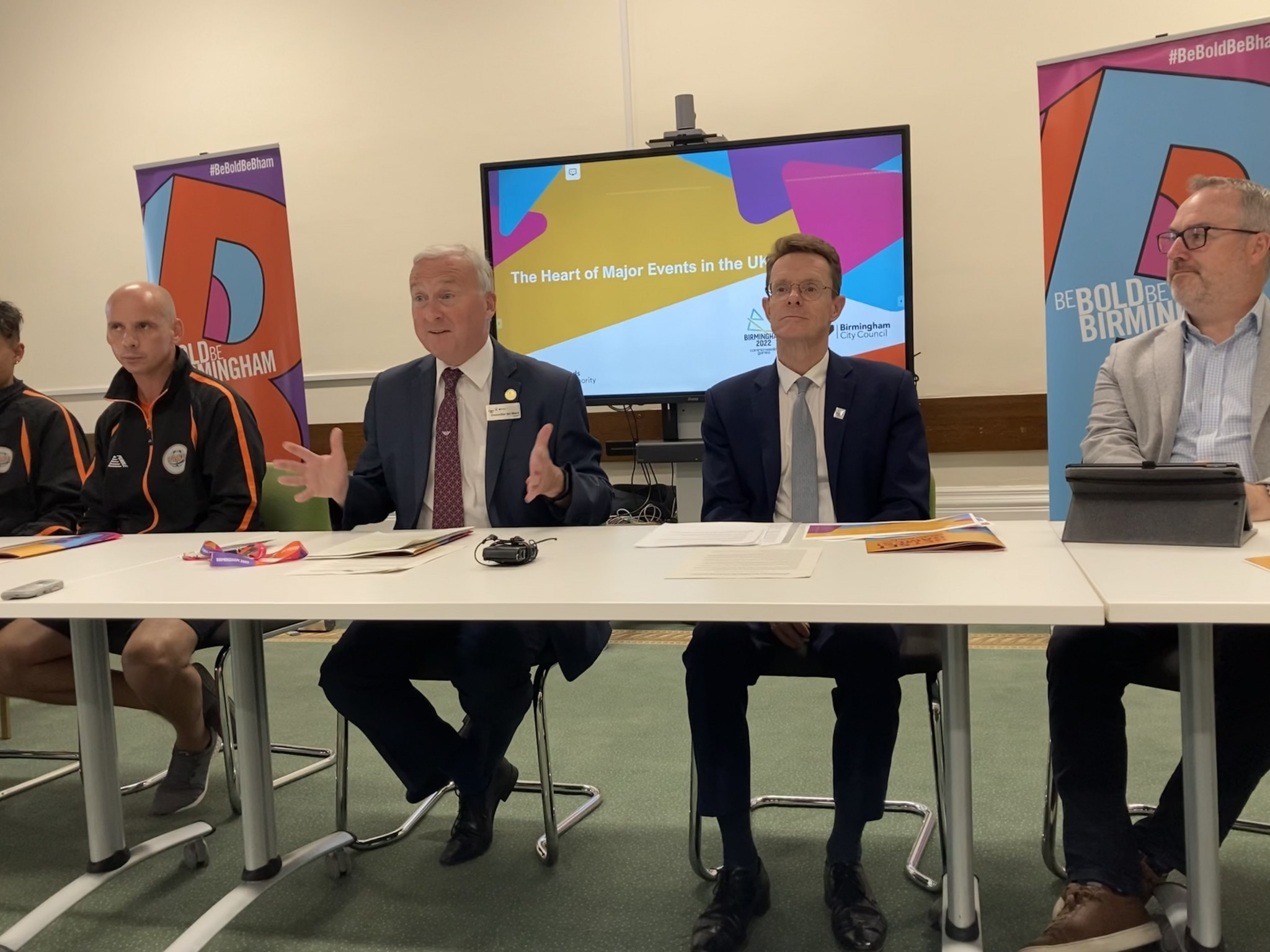 Birmingham City Council Leader Ian Ward has refused to rule out a future bid for the Olympics, but revealed obtaining the hosting rights for the World Athletics Championships as a more immediate big ambition.

Birmingham is set to stage the Commonwealth Games for the first time with the Opening Ceremony due to be held at the redeveloped Alexander Stadium tomorrow.

Ward claims Birmingham 2022 provides the "perfect launchpad" for a future of hosting more big international tournaments, insisting it is a "postcard to the world".

"We believe our proposition is compelling, Birmingham and the West Midlands can and will deliver a golden decade in major sporting events and become one the leading global cities and regions for hosting such events," said Ward.

As insidethegames exclusively revealed last week, the British Olympic Association (BOA) is considering a potential bid for the 2036 or 2040 Olympic Games.

London has staged the Games in 1908, 1948 and 2012 but Robertson has not specified whether the capital was under consideration again.

Birmingham entered the race to host the 1992 Olympics only to be knocked out in the second round with eight votes as the Games were awarded to Barcelona in Spain.

Hopes over Birmingham launching another attempt to secure the event have been reignited after Ward opened the door to a possible bid, but the Council Leader insisted it would need huge support from the British Government.

"I would never rule anything out but if you look at the requirements for an Olympic Games we would have to have significant investment in the city and the wider region to put ourselves in a position to compete and make such a bid," said Ward.

"If the Government are wanting to move a bid forward in the future we would of course engage with them and if they are willing to make investment then we would be delighted to put forward a future bid."

During today's presentation, Ward and Street revealed Birmingham and the West Midlands’ strategy to become the "heart of major events in the heart of the United Kingdom".

Under their plans, they are aiming to win the hosting rights for eight major international events within the next five years and become recognised as a top 20 host by 2027.

Among those include bids for the 2026 European Athletics Championships and next year’s Eurovision Song Contest.

Birmingham is set to battle it out with Hungarian capital Budapest for the European Athletics Championships in four years’ time.

The city has hosted the World Athletics Indoor Championships in 2003 and 2018 at the Arena Birmingham.

With the Alexander Stadium undergoing a major £72 million ($99million/€82million) redevelopment for the Commonwealth Games, Ward has now expressed his interest in bidding for the 2031 World Athletics Championships.

"I would very much like us to end the golden decade with the possibility of bringing to this city that World Athletics Championships," he said.

"We will have to see where we go [with that].

“We have ongoing conversations with the World Athletics about what the options are.

"Our ambition, as set out in our strategy, is to be a global sporting city by the end of this decade.

“Naturally, we will be looking to bring major sporting events to this city over that period."

Asked how talks have been going with World Athletics, Ward added: "They have been very positive.

"We have had a good relationship with World Athletics for a long, long time because we hosted the Diamond League here in Birmingham for many, many years.

"It is one of only 13 cities in the world that hosted a Diamond League event [this year] so we have a great relationship with World Athletics."

Speaking in April, British Sports Minister Nigel Huddleston confirmed that the Government would be "willing" to discuss a Birmingham bid for the World Athletics Championships.

Three-time Olympic bronze medallist Kelly Sotherton has also backed Birmingham to host the flagship event in the future, describing it as the "home of athletics" in Britain.