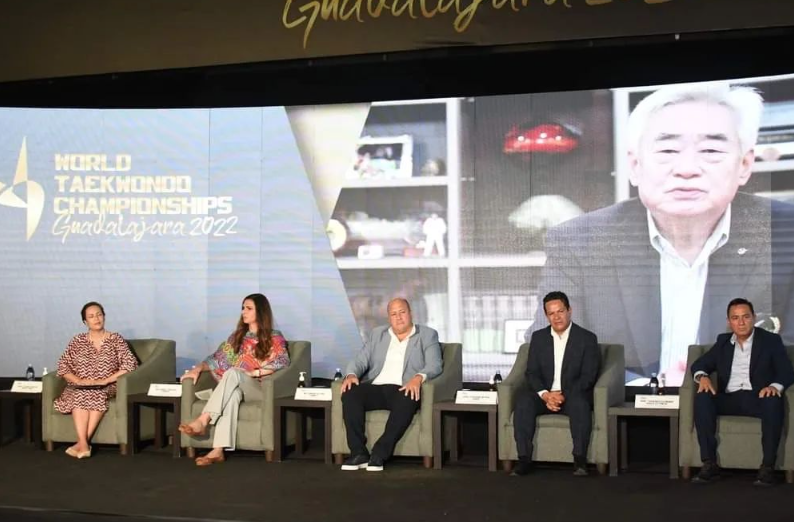 Organisers of this year's World Taekwondo Championships in Guadalajara have outlined their vision for the event and claimed it shows the lasting legacy of the 2011 Pan American Games held in the city.

The CODE Metropolitan Aquatic Center, which hosted water-based events during the 2011 Pan American Games, is the venue for World Taekwondo's marquee competition in 2022.

"It is one of the most emblematic facilities in the state of Jalisco and a legacy of the Pan American Games, and this complex will undergo a transformation to host taekwondo competitions," Jalisco State Council for Sports Development (CODE) director Enrique Alfaro said.

"This complex has not seen, since Guadalajara 2011, an event of this magnitude and has not been able to receive in these 5,000 spaces that it has for the spectators an event that attracts them, and surely with the World Taekwondo Championships, we will live and make this space vibrate."

In excess of 1,200 athletes are expected to compete in the World Championships from November 13 to 20.

Mexican Taekwondo Federation (FMTKD) President Raymundo González was among the officials to participate in this month's launch, with Ana Guevara, the director of Mexico's National Commission for Physical Culture and Sport, also in attendance.

World Taekwondo President Chungwon Choue sent a video message in which he relayed fond memories of the 2013 World Championships in Puebla.

Wuxi was the original host of this year's World Championships.

The event was delayed from 2021 to 2022 because of the coronavirus pandemic and then moved from the Chinese city to Cancun.

A move from Cancun to Guadalajara was announced in May because of what World Taekwondo termed "political and financial difficulties".

González outlined the FMTKD's plans for athlete selection for the World Championships, which has included a training camp in Oaxaca.

A shortlist is due to be drawn up next month after another pre-selection event.

The World Taekwondo Championships in British city Manchester in 2019 was the last edition of the event.