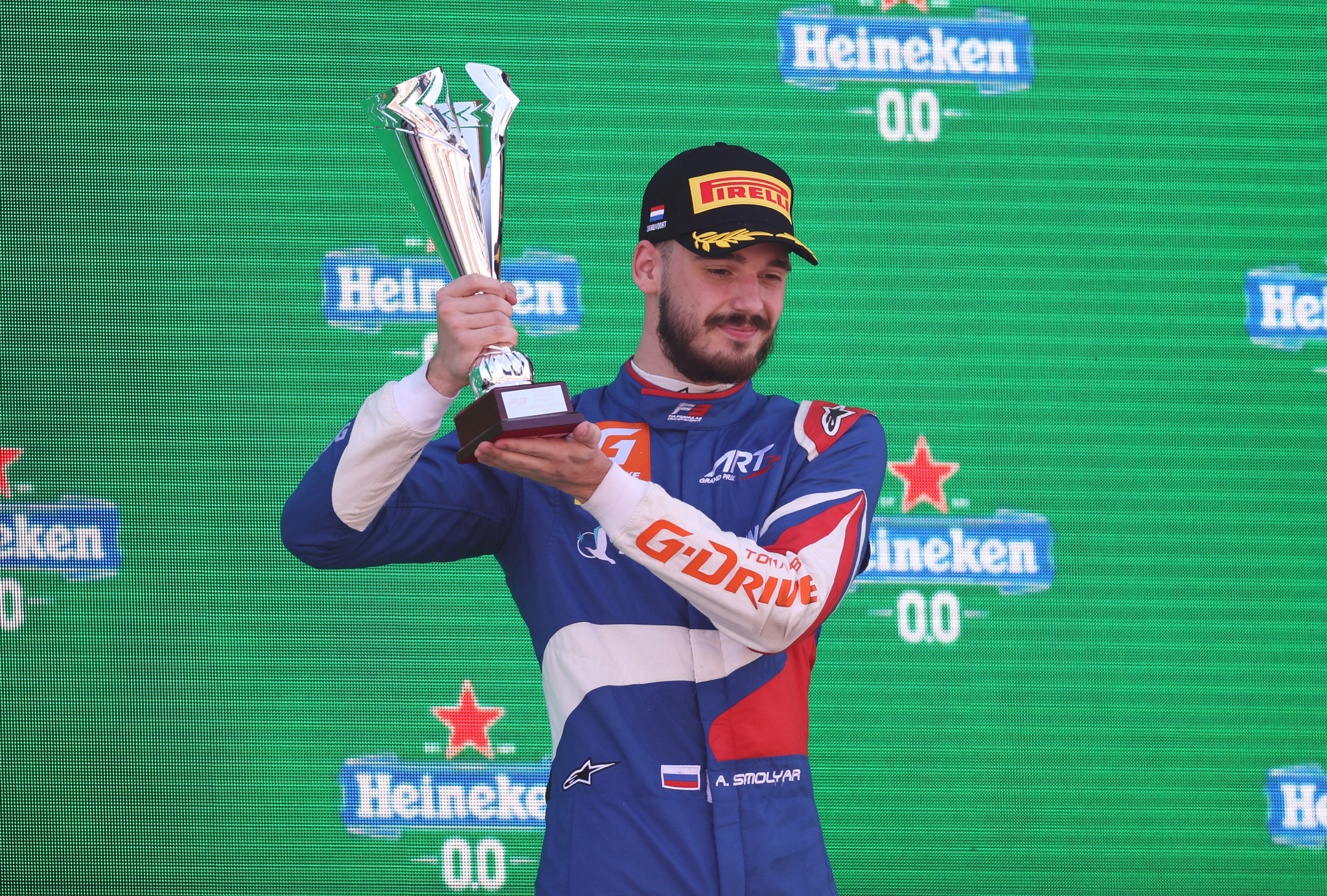 Formula 3 driver Aleksandr Smolyar of Russia has been denied entry to Britain and as a result will be unable to race at Silverstone.

The 20-year-old's exclusion from the British Grand Prix has caused outrage within Russia.

In addition to his ban from the governing body, Smolyar was also banned by Motorsport UK.

Dmitry Svishchev, a sports administrator in Russia's lower federal house, slammed the decision and has called for the International Automobile Federation (FIA) to intervene as he accused organisers of "discrimination based on nationality".

"British sports organisations have already revealed themselves in the Wimbledon situation," said Svishchev.

"Now we see the same story, but in motorsport.

"I think that the FIA needs to intervene in this situation because it is an unjustified discrimination based on nationality."

Smolyar, who races for MP Motorsport, has been replaced by Filip Ugran of Romania.

Motorsport UK banned Russian and Belarusian drivers from competing at races after consulting with the country's Government following the invasion of Ukraine.

"The entire Motorsport UK community condemns the acts of war by Russia and Belarus in Ukraine and expresses its solidarity and support towards all those affected by the ongoing conflict," the organisation said in a statement at the time.

"It is our duty to use whatever influence and leverage we might have to bring this wholly unjustified invasion of Ukraine to a halt."

Dmitry Svishchev is also the President of the Russian Curling Federation, a role he has held since 2010.

He was re-elected to the post in May on a non-alternative basis.

The British Grand Prix is the fourth race on the Formula 3 calendar this season after weekends in Sakhir, Imola, and Barcelona earlier this year.

Smolyar is currently seventh in the standings with 28 points while Frenchman Victor Martins is on top of the leaderboard on 71 points.

At least 4,731 civilians have been killed in Ukraine since Russia, with support from Belarus, launched a full-scale invasion on February 24, the United Nations reports, but it believes the true figure is far higher.

More than 7.5 million people have fled the country, while the combined military death toll is thought to exceed 20,000.