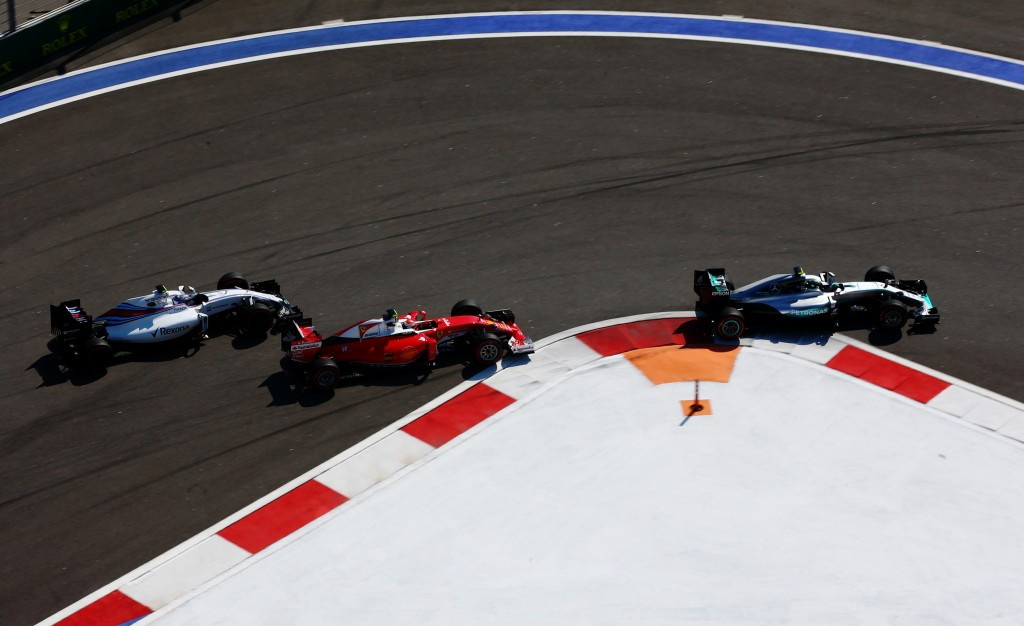 Russia will continue to host a Formula One Grand Prix for a further five years after organisers agreed a contract extension through to 2025.

It has also been announced that the 2017 edition of the race at the Sochi Autodrom - a street circuit built around Olympic Park - due to take place from April 28 to 30, will be sponsored by Russian financial services company VTB Group.

According to the Autosport website, the sponsorship means the Russian Government will no longer pay the race promoter fees for the race in the city which hosted the 2014 Winter Olympic and Paralympic Games.

"The important part is the title sponsorship contract for us, and there are a few other things that we are working on now with Chase [Carey, F1 chairman] and his team that I'm not ready to announce yet," Russian Grand Prix promoter Sergey Vorobyov told Autosport.

"Everything started with Bernie and is being concluded with Chase and his team."

Russia had an agreement in place to hold a Grand Prix every year from until 2020, which was signed by by then Prime Minister Vladimir Putin and then Formula One chief executive Bernie Ecclestone in 2010.

The first race in Sochi was held in 2014 shortly after the end of the Winter Olympics and was won by Britain's Lewis Hamilton.

Negotiations had begun over an extension during the 2016 race, won by Germany's Nico Rosberg, with Ecclestone, who is no longer in charge of the sport as it is now owned by Liberty Media.

Vorobyov also revealed discussions are ongoing about whether to hold the Sochi Grand Prix, held on the Olympic Park, at night rather than during the daytime.

"There is an option of having a night race if we spend quite a significant amount of money and six to seven months of preparations," he said.

"This can be done by using one of the suppliers that had done such projects for Abu Dhabi or Bahrain or Singapore.

"But as a part of our vision for a Russian Grand Prix we want to go local in this regard.

"And we are now preparing the technical documentation for Russian companies that will apply for this type of contractual work for lighting and for electricity services for the Sochi Autodrom for the night race and we will be working very closely with FIA and FOM, so that will be specifically Russian made lighting.

"We want everything to be made locally."

On the sponsorship deal, Formula One chief executive Chase Carey said: "We are delighted to welcome VTB into the Formula 1 family as it becomes event title partner of the Formula One Russian Grand Prix.

"VTB’s involvement will only add to the continued success of the event and we look forward to this being the start of a long and successful relationship."