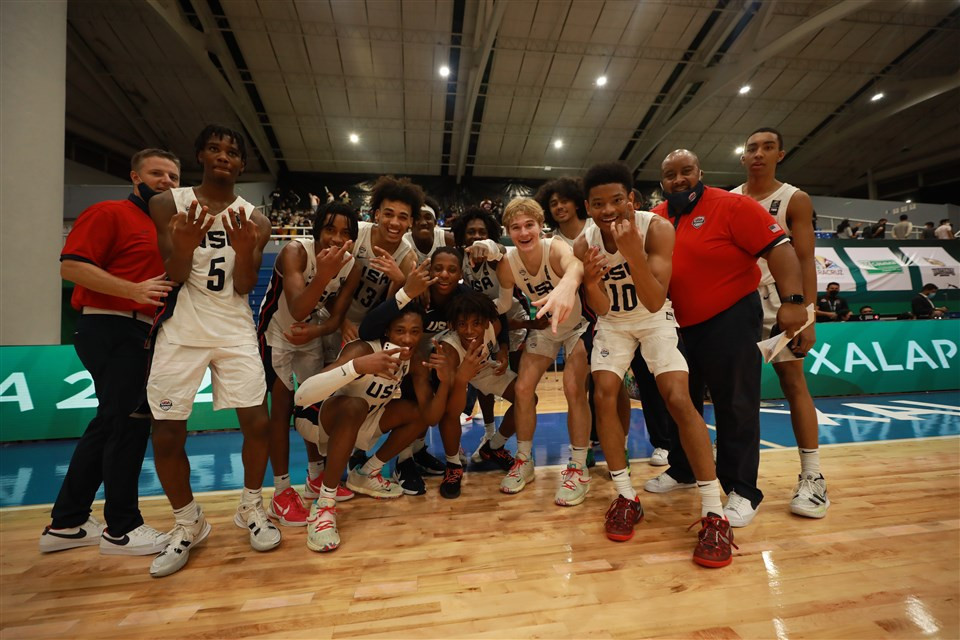 The United States have been made favourites for the International Basketball Federation (FIBA) Under-17 World Cup in Malaga, set to run from July 2 to 10, after topping the governing body's power rankings.

The US head to the Spanish city as five-time champions having won every edition of the event since it started in 2010.

The Americans have also never lost a game in the tournament's history and will be looking to preserve a perfect 37-0 record.

Sharman White has taken over from Don Showalter as head coach and has a talented roster to choose from, including forward Cooper Flagg who poses an offensive threat to the other 15 teams.

The six foot seven inches 15-year-old is an all-round talent and is imperious on offense and defence.

He averaged 21 points, 10 rebounds, six assists, four steals and four blocks per game across 22 matches last season at high school as his team went 21-1 on their way to the Maine state title.

Host Spain are expected to finish as runners-up with point guard Sergio De Larrea tipped to be one of the players of the tournament.

Zaccharie Risacher, Killian Malwaya, Mohamed Diawara and Pacome Dadiet will likely star for France as they attempt to better a silver medal finish from the last tournament in 2018.

They highlight Group A and are joined by New Zealand, Serbia, and Canada with all fixtures taking place at the Polideportivo Municipal El Limón.

Group B's Spain, Dominican Republic, Japan, and Lithuania will also play their games in the arena.

The Palacio de los Deportes Elena Benítez is set to welcome the US, Mali, Slovenia, and Lebanon in group C and group D's Argentina, Australia, Egypt, and Poland.