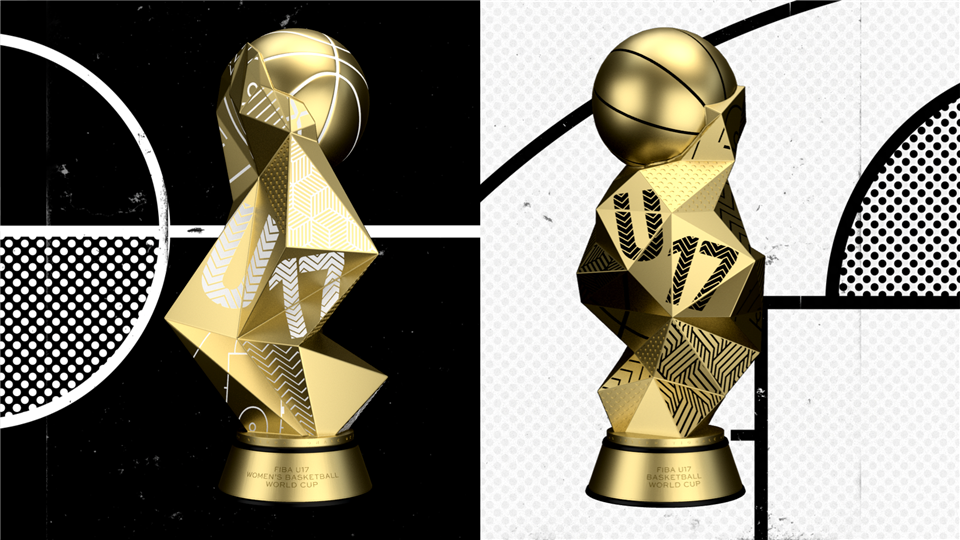 New trophies have been unveiled for the International Basketball Federation's (FIBA) Under-17 Men's and Women's World Cups.

The two prizes have been designed to celebrate the "new, raw and true talents", who represent the future of the sport.

The trophies have been made to look like "rocks shaped together into a prize", which is meant to represent the players' status as "diamonds in the rough".

Their talents are said to be "chiselled away by the competitions and slowly transforming them into world class athletes".

The change of design is also part of a wider re-branding of FIBA's competitions.

This began last year with changes to the senior Basketball World Cup and Continental Cup trophies.

Both the under-17 competitions will feature the world's top 16 teams.

The men's event will take place in Rosario and Santa Fe in Argentina from June 30 to July 8, while the women's competition will go ahead in Minsk in Belarus from July 22 to 30.

United States have never lost the men's competition, while Australia are the reigning champions in the women's event.