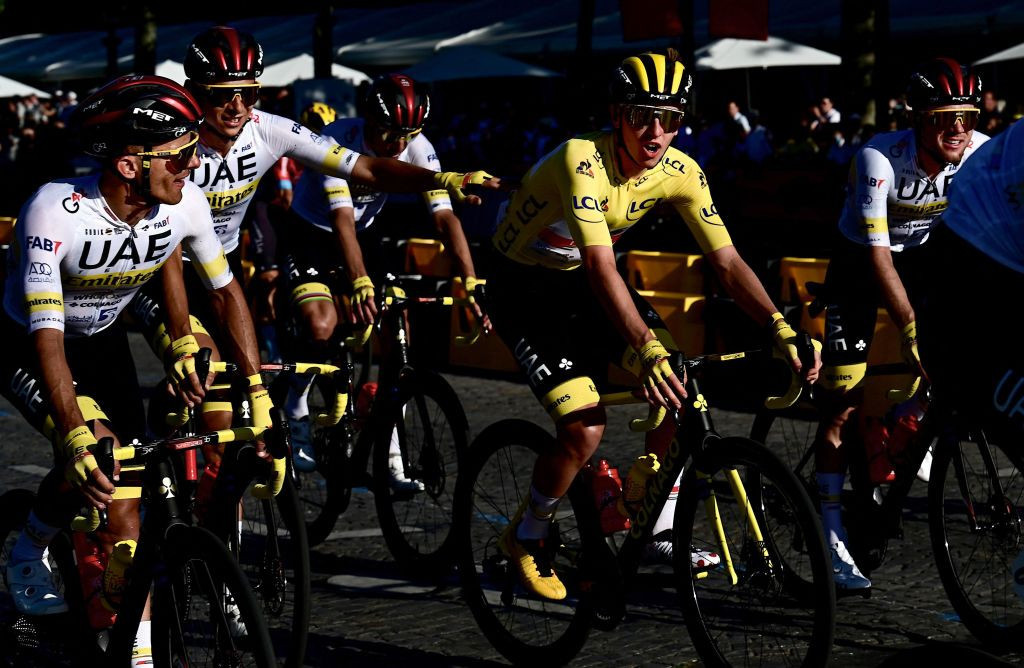 "The UCI budgets on four-year Olympic cycles and has defined a maximum loss of CHF 5.5 million (£4.75 million/$5.76 million/€5.5 million) per year, equivalent to the annual share of its Olympic income smoothed over the cycle, which allows it to maintain its financial balance," the UCI said.

"In a context still marked by the Covid-19 pandemic, the UCI recorded financial results that were much better than expected, thanks to the health measures put in place that enabled the vast majority of competitions on the UCI International Calendar to take place in good conditions, to its prudent management and to the joint efforts of members of the Olympic family that enabled the Tokyo Olympics - a major source of revenue for International Federations - to take place in 2021."

The report also included details of the UCI’s financial reserves, with a release stating:

"It is therefore in a healthy financial position despite the difficulties it has experienced, which provides a solid basis to continue to develop cycling, ensure its solidarity programmes and deal with any new crises that may arise, until the end of the cycle and beyond."

Approved by the UCI Management Committee at its meeting held in Arzon, France, the 2021 UCI Annual Report highlights the numerous advances made during a year marked by the re-election of David Lappartient as President of the UCI for a new four-year term.

These include the election of a new Management Committee and the renewal of all its commissions, all involving a "significantly increased" proportion of women.

Other features include the centenary of the UCI Road World Championships celebrated in Flanders (Belgium), and the staging of the Tokyo 2020 Olympic and Paralympic Games after a year’s postponement due to the COVID-19 pandemic.

"The 2021 UCI Annual Report shows that the International Federation has continued to make progress in achieving the objectives of its Agenda 2022, almost all of which have now been achieved," the UCI says.

Lappartient commented: "After 2020 which was hard hit by the Covid-19 pandemic, 2021 has not been a year like any other either.

"In this difficult context, cycling was nevertheless one of the sports that managed to pull through.

"The vast majority of our events were held in good conditions, and we have now achieved almost all the objectives of our Agenda 2022.

"Re-elected to lead the UCI for the next four years, I look forward to working with all our stakeholders, in particular our 201 National Federations, to continue our efforts to modernise cycling and develop cycling for all so that our sport continues to contribute to the well-being of the population."

UCI Director General Amina Lanaya said: "2021 saw a timid return to normal, and we have finally seen the public return en masse to our International Calendar competitions, while our TV audience and social media figures have broken new records.

"We are delighted that our sport has been able, thanks to the collaboration and solidarity of all its stakeholders, to continue to offer a fantastic spectacle to all its fans despite a still delicate health situation.

"I am particularly proud of the progress made in areas that the UCI considers fundamental, in particular the promotion of women at all levels, whether in sport itself, in management or in governance."

The document can be consulted as of today, in its entirety, on the UCI website.