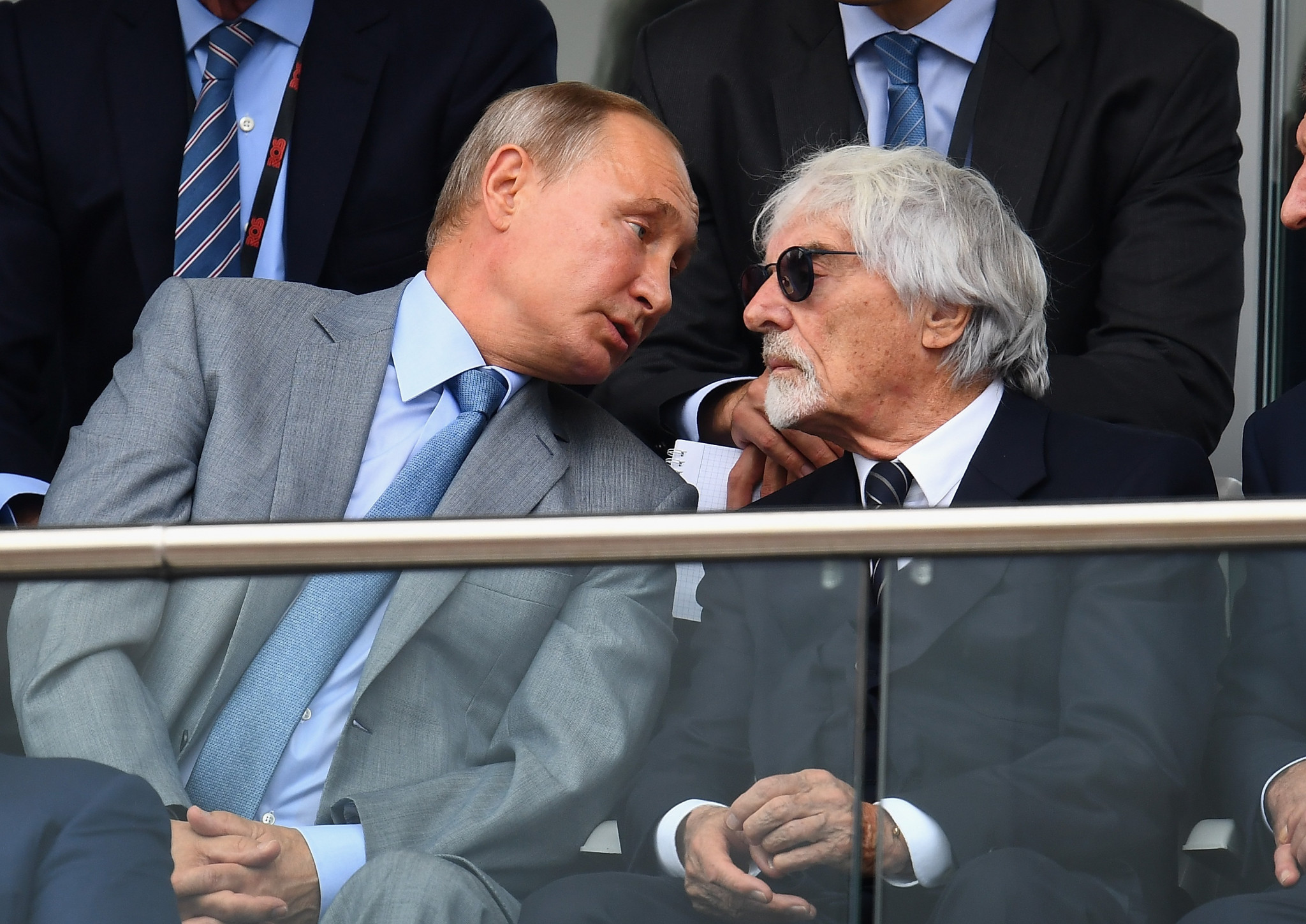 Former Formula One chief executive Bernie Ecclestone has been lambasted for saying he would "take a bullet" for Russian President Vladimir Putin who he described as a "first-class person".

Ukraine has been under attack from Russian forces for more than four months, resulting in thousands of casualties.

Speaking on Good Morning Britain, Ecclestone said Putin had "made a mistake" by going into war and claimed the death toll in Ukraine "wasn’t intentional."

The 91-year-old is a long-time friend of the Russian leader who has been accused of committing war crimes in Ukraine.

"I’d still take a bullet for him," said Ecclestone when asked whether he still regarded Putin as a friend.

"I’d rather it didn’t hurt, but if it did I’d still take a bullet for him because he is a first class person and what he’s doing is something he believed is the right thing he was doing for Russia.

"Unfortunately, he’s like a lot of business people, like me, we make mistakes from time to time."

"I think if he’d thought about things, he would have made a big enough effort to speak to Mr Putin, who is a sensible person and would have listened to him and probably would have done something about it," added Ecclestone.

According to the United Nations, at least 4,731 civilians have been killed since Russia launched its full-scale invasion of Ukraine in February.

It is feared the true figure could be much higher.

"Look at the number of times America has moved into different countries that has nothing to do with America… they like wars because they sell a lot of armour so it’s good for them."

Ecclestone led Formula One for four decades before leaving as chief executive in 2017 following a takeover of the organisation.

Formula One has slammed Ecclestone for his comments, insisting they were in "very stark contrast to the position of the modern values of our sport."

"We don’t need any more of it, to hear from someone that believes in the war, and the displacement of people and killing of people, and supporting that person [Putin] is beyond me," said Hamilton as reported by The Guardian.

"I cannot believe I heard that.

"This is going to put us back decades, and we have yet to see the real brunt of the pain.

"Why? We do not need to be supporting that but looking into the future.

"If you don’t have anything positive to contribute, don’t give them any space."