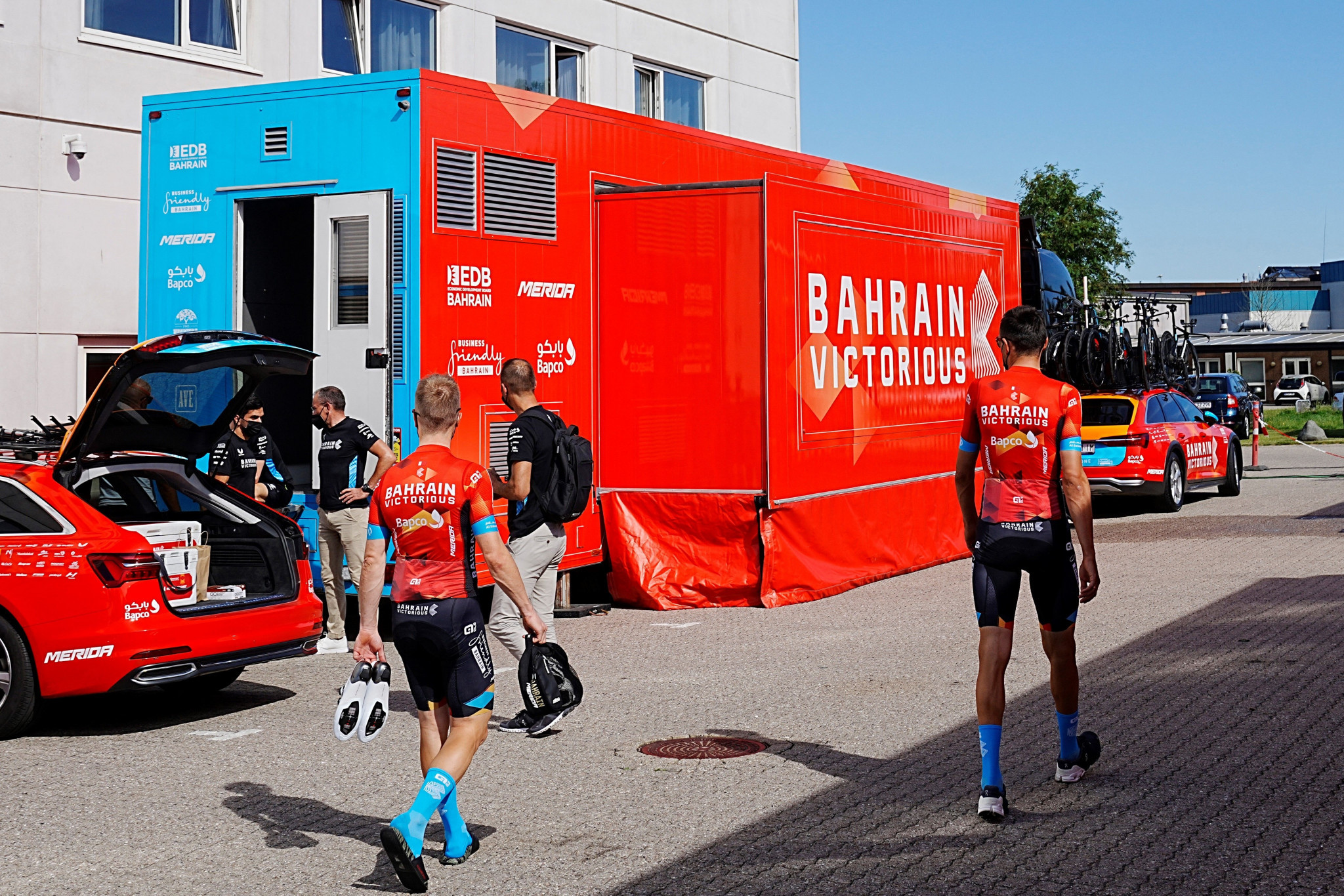 Uncertainty has been cast over Bahrain Victorious on the eve of this year’s Tour de France here after riders and staff were raided by police for the second time in a week.

Bahrain Victorious confirmed that the team’s hotel was searched by Danish police at 5.30am local time today "at the request of French prosecutors."

It comes just days after some of the riders and staff at the Bahrain-backed team had their homes raided by police before they left for Denmark for the start of the Tour de France, which is scheduled to begin tomorrow.

The raids are said to be linked to a preliminary investigation launched by French prosecutors at last year’s Tour de France into doping allegations against Bahrain Victorious.

A statement from Bahrain Victorious said: "The officers searched all team vehicles, staff and riders’ rooms.

"The team fully cooperated with all the officers’ requests, and the search was completed within two hours.

"No items were seized from the team.

"Following the police search, the team is now looking forward to focusing on the world’s biggest and best cycling race, Tour de France."

Bahrain Victorious said it would make "no further comment" on the subject before members of the team fended off questions during an eight-minute media conference today.

Riders Jack Haig of Australia and Matej Mohorič of Slovenia and Bahrain Victorious performance manager Vladimir Miholjević faced the media but refused to speak about the raids when quizzed by journalists.

"We would like to share more information about the investigation but we have nothing more to say than was already said in our press release," said Miholjević in a report by VeloNews.

"We’d like to have more details from the investigators so we can understand such action.

"At this moment the team is fully focused on the biggest cycling race in front of us and on achieving our goals over the next three weeks."

Earlier this week, Bahrain Victorious released a strongly-worded statement where it claimed that the timing of the investigation was "aimed at intentionally damaging the team’s reputation".

They captured the team classification title in 2021 with the help of Mohorič and Belgium’s Dylan Teuns who both won stages.

The outfit said on Monday (June 27) that the latest house searches were the continuation of the investigation process that started last year when police raided team members’ homes after stage 17.

The Marseille prosecutor’s office said at the time that the investigation was into "acquisition, transport, possession, import of a prohibited substance or prohibited method for use by an athlete without medical justification."