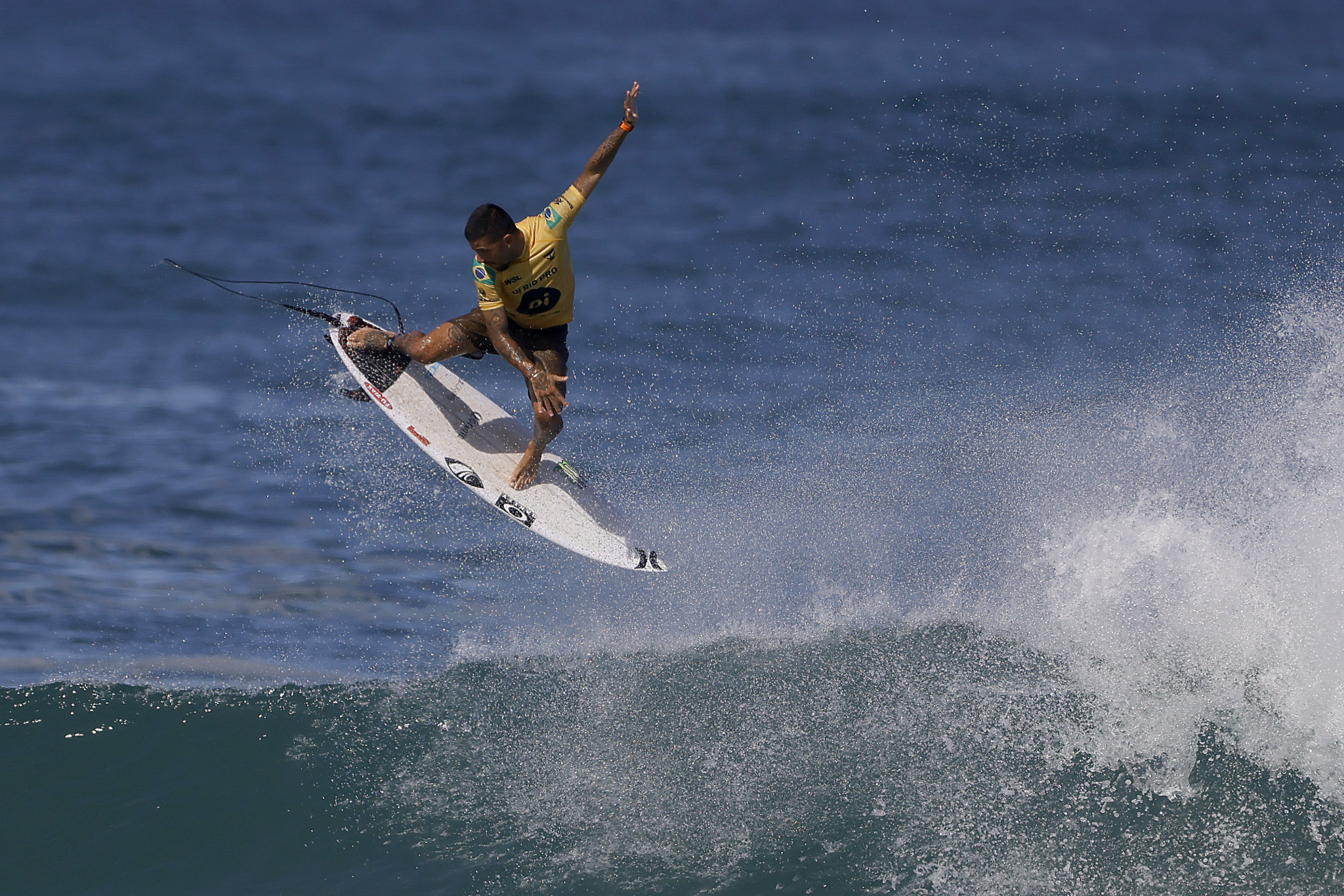 World Surf League (WSL) Championship Tour leaders Carissa Moore and Filipe Toledo tasted victory at the latest event in Saquarema in Brazil, each extending their advantage atop the standings and securing a place in the end-of-season finals.

Moore, the Olympic champion from Hawaii and defending WSL queen, had not won a leg yet this season, but put that right in dramatic fashion.

Facing Johanne Defay in the final, Moore trailed for much of the duel and needed a score of 6.41 on her last wave to leapfrog her French opponent.

Moore produced a crisp ride with two sharp turns off the top of the wave to earn 9.50 points and blow Defay's score out of the water.

Moore also had the best score in the semi-finals and quarter-finals and is the first woman to be assured of a place above the final five's cut line.

Defay is second in the standings and has a healthy lead over American Lakey Peterson in third place.

Peterson leapfrogged Stephanie Gilmore from Australia and Costa Rica's Brisa Hennessy, who both exited the competition in the elimination round.

Brazil's Tatiana Weston-Webb reached the semi-finals and has climbed three places in the overall standings to sixth.

Brazil's Toledo picked up his second win of the season in the men's event and has now reached five of the last six finals.

A spectacular aerial display secured the win in the final, with Toledo earning a perfect 10 after pulling off a big jump with 360 degrees of rotation and being able to ride away upon landing.

All four semi-finalists were Brazilian and Pupo had beaten Olympic gold medallist Italo Ferreira to reach the final.

It is Toledo's fourth win in this event, the Rio Pro, and he became the first man to be assured of a top-five finish this season in the process.

Ethan Ewing went out in the round of 16 but was a big winner in the macro sense as he has climbed two places to fifth in the overall standings.

The Australian moved above Japan's Olympic silver medallist Kanoa Igarashi - knocked out in the elimination round - and Hawaiian John John Florence, who was absent through injury.

Jeffreys Bay in South Africa is due to host the next WSL Championship Tour leg from July 12.