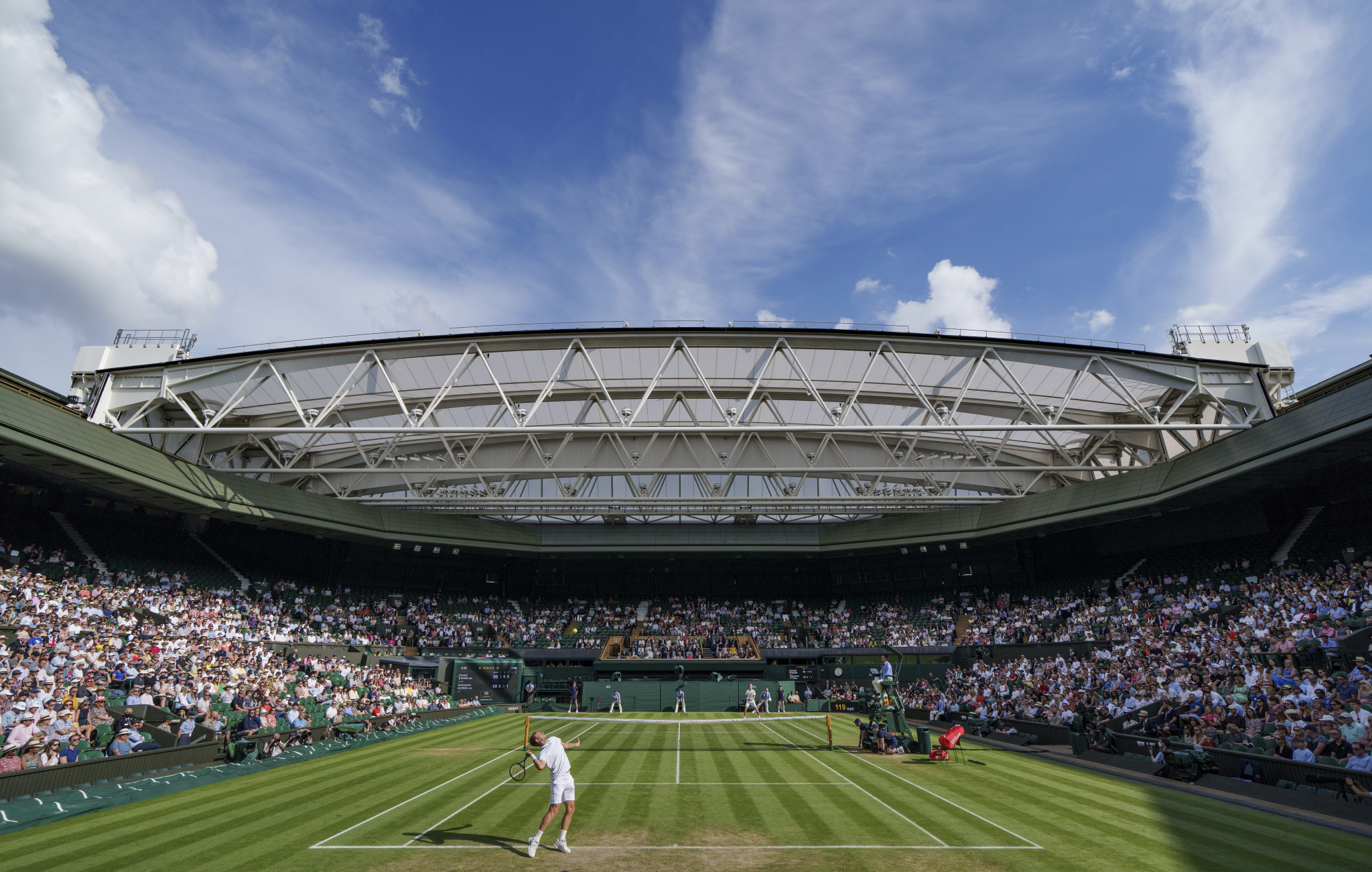 Wimbledon organisers have offered free tickets to this year's tournament to hundreds of Ukrainian refugees and pledged to donate £250,000 ($306,000/€290,000) to those affected by Russia's invasion of their country.

The All England Lawn Tennis Club (AELTC) has issued an invite to Ukrainians who have settled in the London boroughs of Merton and Wandsworth after fleeing their war-torn country.

Free tickets have been made available for those refugees to attend the Grand Slam tournament on the middle Sunday (July 3).

They are expected to be joined by local residents and National Health Service and social care workers as well as a variety of schools, charities and community groups.

According to the London Evening Standard, at least 400 Ukrainians have settled in Merton after more than 100 families offered refuge in response to the war in Ukraine.

The AELTC has also confirmed that the Ukrainian Ambassador to the United Kingdom will be sat in the Royal Box on Centre Court for the opening day’s play.

This year’s Wimbledon is surrounded by controversy after Russian and Belarusian players were banned from participating because of the war in Ukraine.

International Olympic Committee President Thomas Bach is among those to criticise Wimbledon’s blanket ban of Russian and Belarusian players, with other Grand Slam organisers choosing to allow to them to play as neutrals, as is the case on the ATP and WTA Tours.

As well as offering free tickets to Ukrainian refugees, the AELTC has announced that it has jointly committed with the Lawn Tennis Association to donate £250,000 on behalf of Wimbledon to the refugee response efforts through the Tennis Plays for Peace initiative and the British Red Cross Ukraine Appeal.

"I’m delighted that Ukrainian refugees hosted across Merton and Wandsworth will be joining us for play on Middle Sunday at Wimbledon, which we hope will have a very special atmosphere in its first year as part of the tournament schedule," said Ian Hewitt, chairman of the AELTC.

"I’m also delighted that, in partnership with the LTA, we have been able to commit an additional £250,000 towards the humanitarian response in Ukraine."

LTA chief executive Scott Lloyd added "On the eve of The Championships I believe it is important that we acknowledge those that are suffering so greatly due to the unrelenting conflict imposed upon Ukraine.

"In partnership with the All England Club we wanted to show, on behalf of British tennis, our ongoing support for those that are most impacted by providing a contribution to the humanitarian efforts for their aid."

Merton Council and the Polish Family Association hosted an afternoon tea for the refugees who have settled in Merton to hand over the Wimbledon tickets.

"As the charity of an international sporting event, it is important to us that we are supporting people not just in our own local communities but also internationally, particularly in times of crisis," said Paige Murphy, head of the Wimbledon Foundation.

"Having previously supported Polish Family Association’s work with east European and Polish communities in Merton and Wandsworth, we were aware of their incredible response to the situation and wanted to support their efforts in caring for those forced to flee their homes in Ukraine."

At least 4,662 civilians have now been killed in Ukraine since February 24, when Russia launched a full-scale invasion with support from Belarus, according to the United Nations, but it fears the true figure is far higher.

More than 7.5 million people have fled the country.

The 2022 Wimbledon Championships are scheduled to take place from Monday (July 27) to July 10.