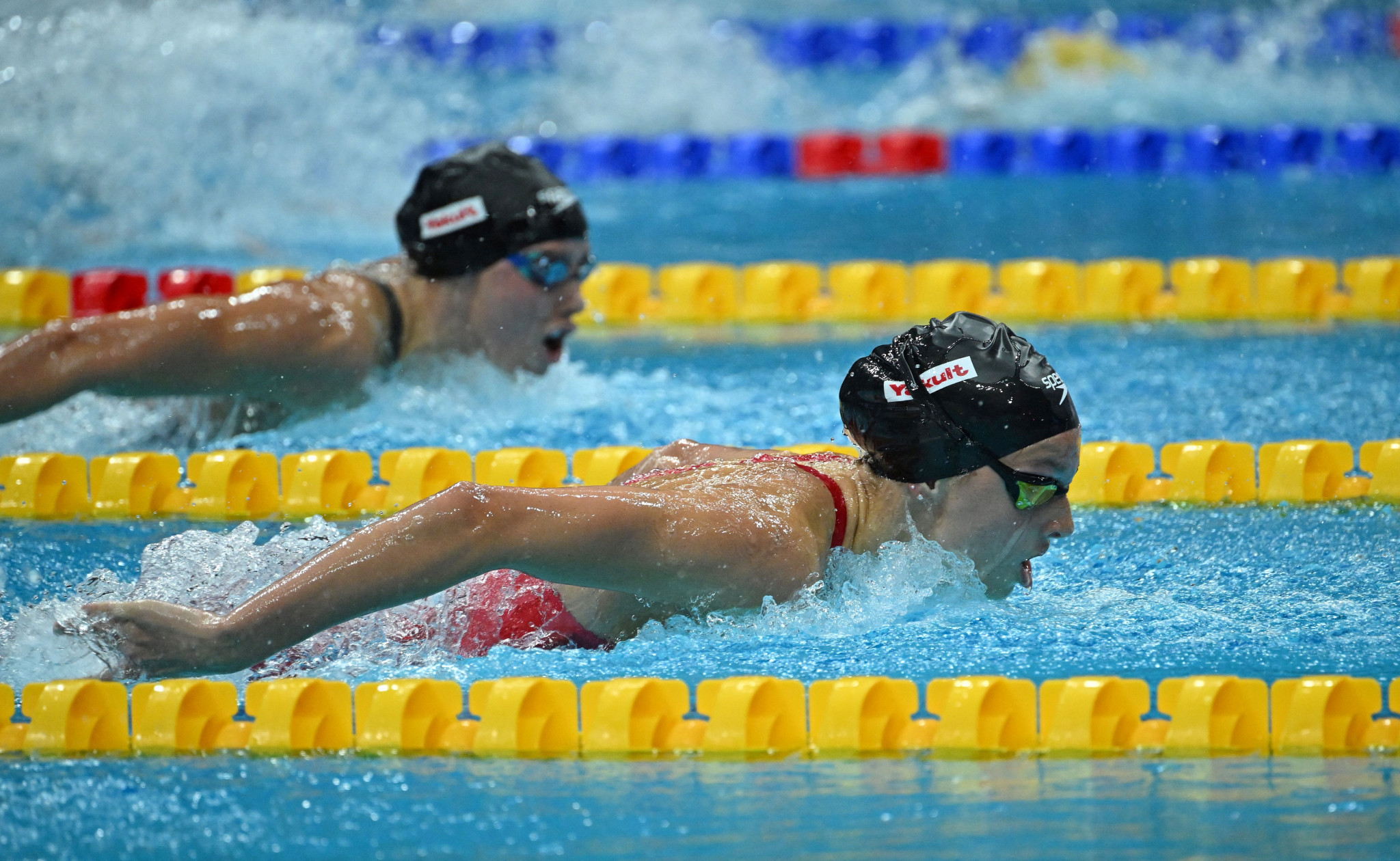 Summer McIntosh became the first swimmer aged under 16 to win gold at the International Swimming Federation (FINA) World Championships for more than 10 years with a stunning victory in the women's 200 metres butterfly here.

The Canadian followed in the footsteps of Ye Shiwen, who won the women's 200m individual medley final on this stage at the age of 15 in 2011.

She set a world junior record in the semi-finals and the final en route to her success.

McIntosh had already taken silver in the 400m freestyle in Budapest, but this was her first gold at the World Championships.

Hali Flickinger of the United States came through in second in 2:06.08, while Olympic champion Zhang Yufei of China placed third in 2:06.32.

Another young star claimed gold in the following race, with Romania's David Popovici following up his 200m success with victory in the men's 100m freestyle.

Popovici edged clear of France's Maxime Grousset in the closing stages, having been neck-and-neck for much of the race.

Joshua Liendo Edwards of Canada rounded off the podium in 47.71 in a very tight race.

It was a terrific fifth day of competition for Canada, whose medal haul prior to the evening's swimming session stood at three silvers.

Kylie Masse recovered from losing her women's 100m backstroke title on Monday (June 20) by triumphing in the 50m race.

The four-time Olympic medallist notched 27.31 to beat the US' Katharine Berkoff by 0.08.

Newly crowned 100m backstroke world champion Regan Smith of the US had to settle for joint-fifth with 100m and 200m Olympic champion Kaylee McKeown of Australia across the shorter distance.

The other individual final of the day was won by 20-year-old Frenchman Léon Marchand, who followed up his men's 400m individual medley gold with another in the 200m race.

In a closely contested race, Marchand edged clear of Carson Foster of the US to prevail in 1:55.22.

The final race of the day featured a Championships record time set by the US in the women's 4x200m freestyle relay.

Canada and 2019 world champions Australia had led the way during the first two legs, but a typically sublime third leg from seven-time Olympic and 17-time World Championships gold medallist Katie Ledecky propelled the US into a lead.

Bella Sims staved off Australia's Mollie O'Callaghan to secure gold in the Championships record time of 7:41.45.

Earlier in the day at the Széchy Outdoor Pool in Budapest, Japan's Yukiko Inui won her second solo artistic swimming gold of the Championships.

She followed up her technical routine victory with a huge score of 95.3667 in the free event that gave her what proved an unassailable advantage.

Ukraine's Marta Fiedina was second with 93.8000, and Evangelia Platanioti of Greece took bronze with 91.7667, meaning that the podium read identically to how it did in the technical event.

The duet free artistic swimming final is scheduled for the sixth day of the World Championships tomorrow, followed by a further five swimming finals.