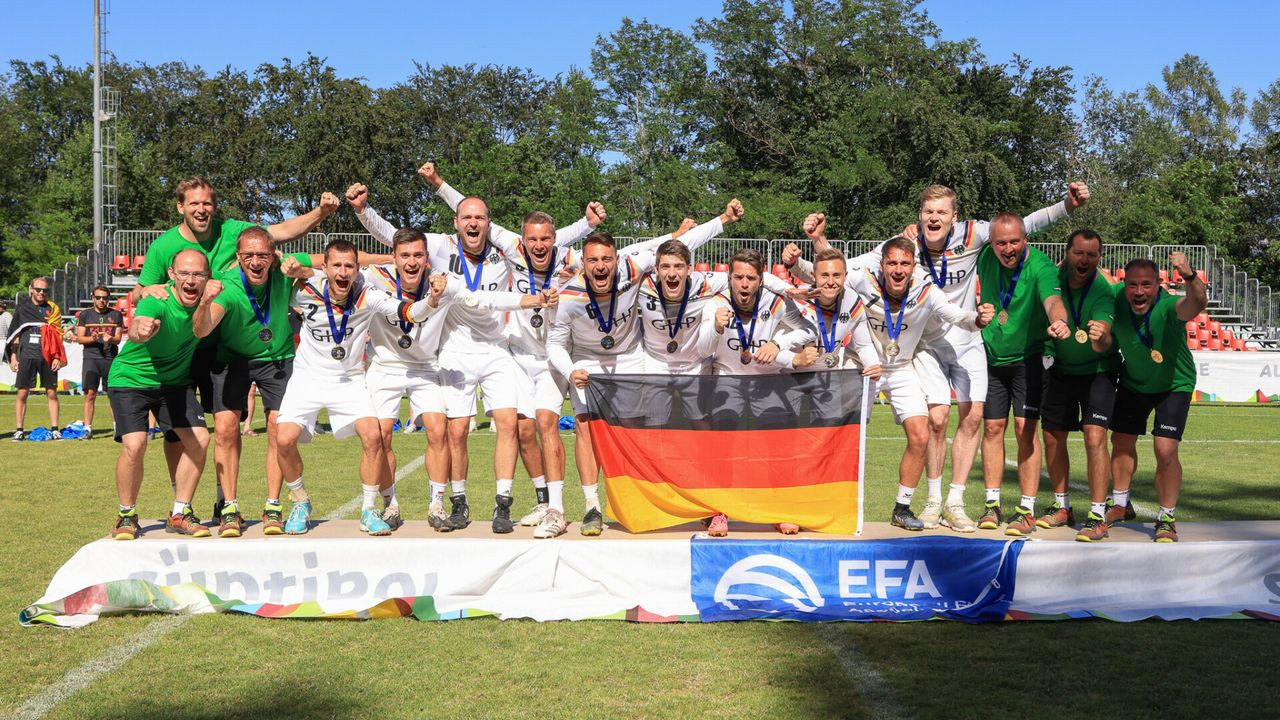 Germany continued their continental dominance in fistball with a ruthless victory over Austria to win the Men's European Championship.

It was the first taste of success for six squad members, and the perfect preparation for the team before their participation at The World Games in American city Birmingham.

In a re-run of the World Championship gold medal match in 2019, Germany looked largely comfortable throughout on their way to becoming champions of both tournaments.

Switzerland claimed the bronze medal in a similarly comprehensive manner, resisting a strong start by opponents Italy to take control and record a 4-1 victory.

The Czech Republic defeated Belgium 3-1 in the seventh place match, while Denmark secured fifth thanks to a 3-1 win against Serbia.

Fistball has been a part of the World Games programme since 1985, with Germany unsurprisingly the dominant force with six gold medals.