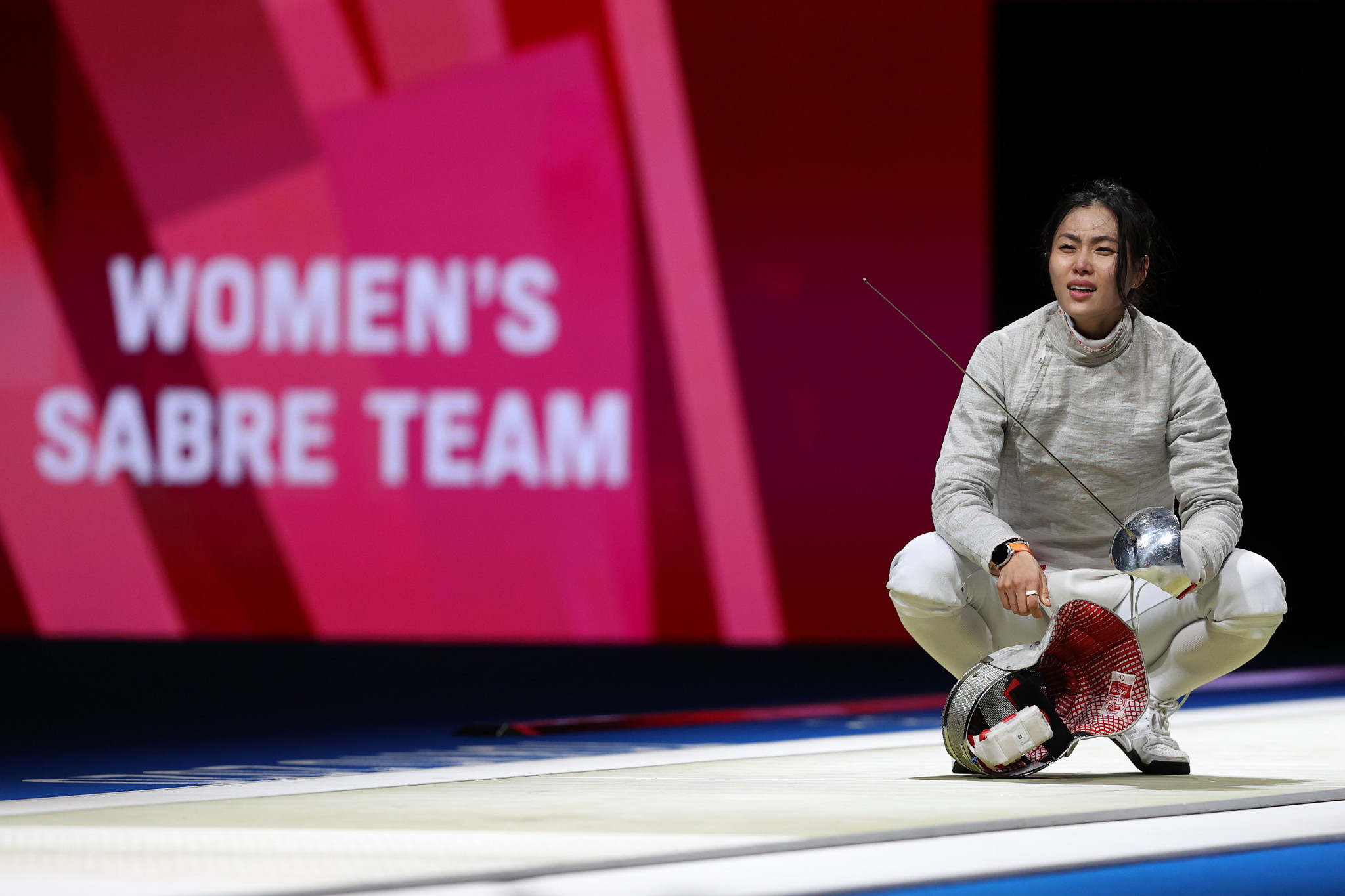 Hosts South Korea added a further gold medal in the women's team sabre event on the final day of the Asian Fencing Championships in Seoul, while Japan triumphed in the men's team foil.

They overcame Japan 45-39 in the final, underlining their domination of the event.

South Korea had earlier eased past India 45-31 in the quarter-finals and Kazakhstan 45-34 in the semi-finals.

Women's team sabre bronze went to China, who lost 45-42 to Japan in the semi-finals but recovered to beat Kazakhstan 45-35.

Japan ensured they finished second on the medals table, with their men's team foil success their third gold of the Championships.

The final was also contested by Japan and South Korea, with Kazuki Iimura, Kyosuke Matsuyama, Takahiro Shikine and Kenta Suzumura coming out on top 45-33.

The Japanese quartet had cruised past Kuwait 45-15 and Chinese Taipei 45-26.

Hong Kong claimed bronze with a 45-30 victory over Chinese Taipei, having lost 45-42 to South Korea at the semi-final stage.