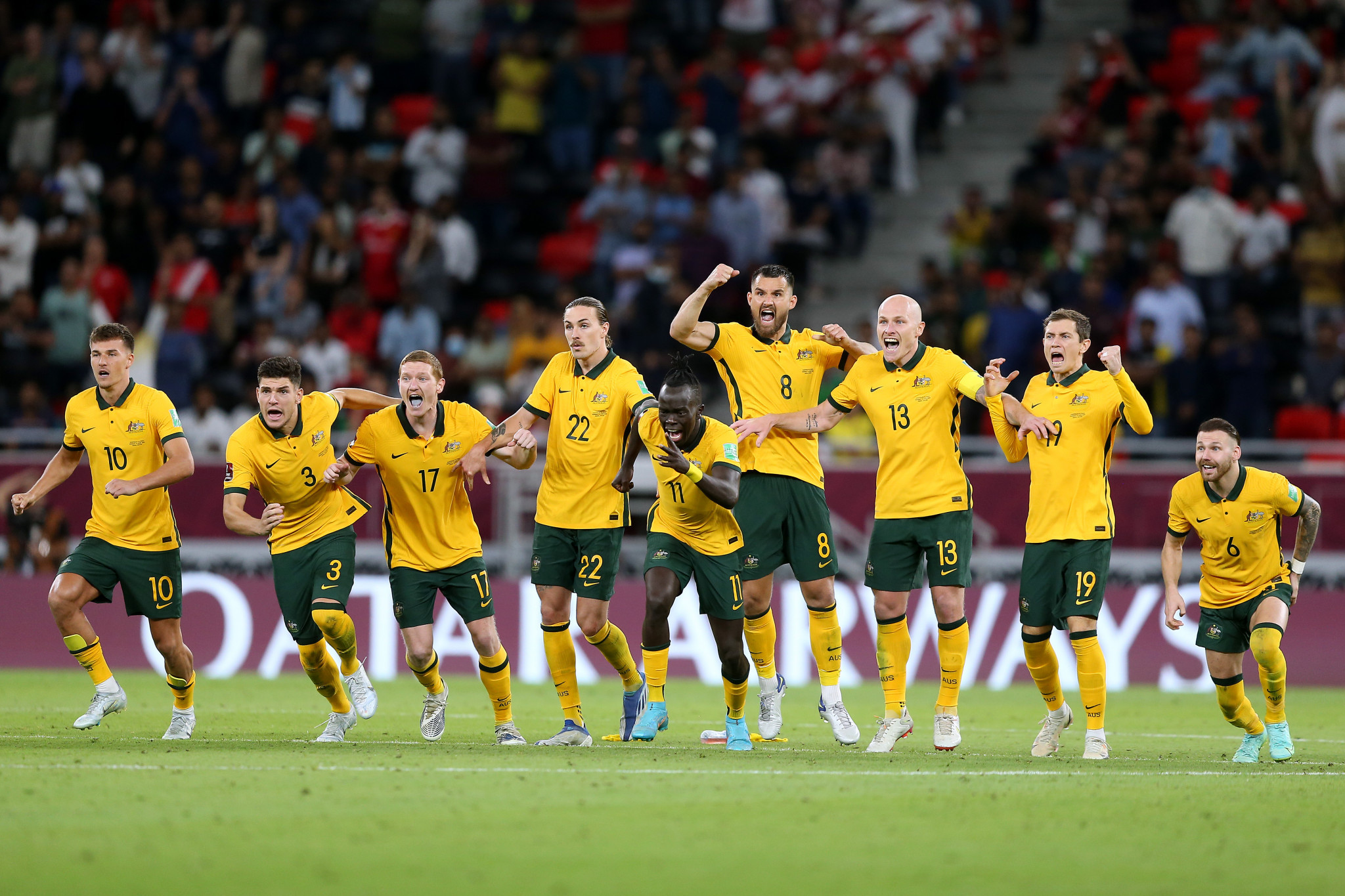 Australia qualified for the FIFA World Cup thanks to a penalty shootout win versus Peru, with dancing goalkeeper Andrew Redmayne saving the decisive spot kick.

The Socceroos dominated what was a drab affair at the Ahmad bin Ali Stadium in Al Rayyan and had the best chances, but could not break the deadlock after inside 90 minutes.

Pedro Gallese made a smart save to deny the impressive Ajdin Hrustic in the final five minutes, diving low to his left, while Australian left-back Aziz Behich also came close to scoring but sent a bobbling effort narrowly wide.

Peru perked up in extra time and came agonisingly close to scoring in the 107th minute, when Edison Flores headed onto the post.

Shortly before the end of the extra time, Australia sent on substitute shot-stopper Redmayne and it proved a decisive move.

Australia took first in the shootout and made a terrible start as Martin Boyle's effort was denied by Gallese.

Peru scored their first two penalties so led 2-1, but after Craig Goodwin emphatically levelled the scores, Redmayne's dancing seemingly did enough to upset Luis Advíncula, who sent the ball crashing onto the post.

Four consecutive goals sent the shootout to sudden death, Awer Mabil coolly converted, and Redmayne then saved a weak Alex Velera penalty which was far from the his bottom right-hand corner.

Peru brought far more fans to Qatar than Australia, but they were left heartbroken as Redmayne was mobbed by his team-mates.

Australia have qualified for a fifth World Cup in a row and will be the sixth Asian Football Confederation team in the tournament later this year.

They go into Group D alongside Denmark, Tunisia and defending champions France.

The final place at international men's football's flagship event is due to be decided tomorrow, when Costa Rica and New Zealand meet at the same venue.