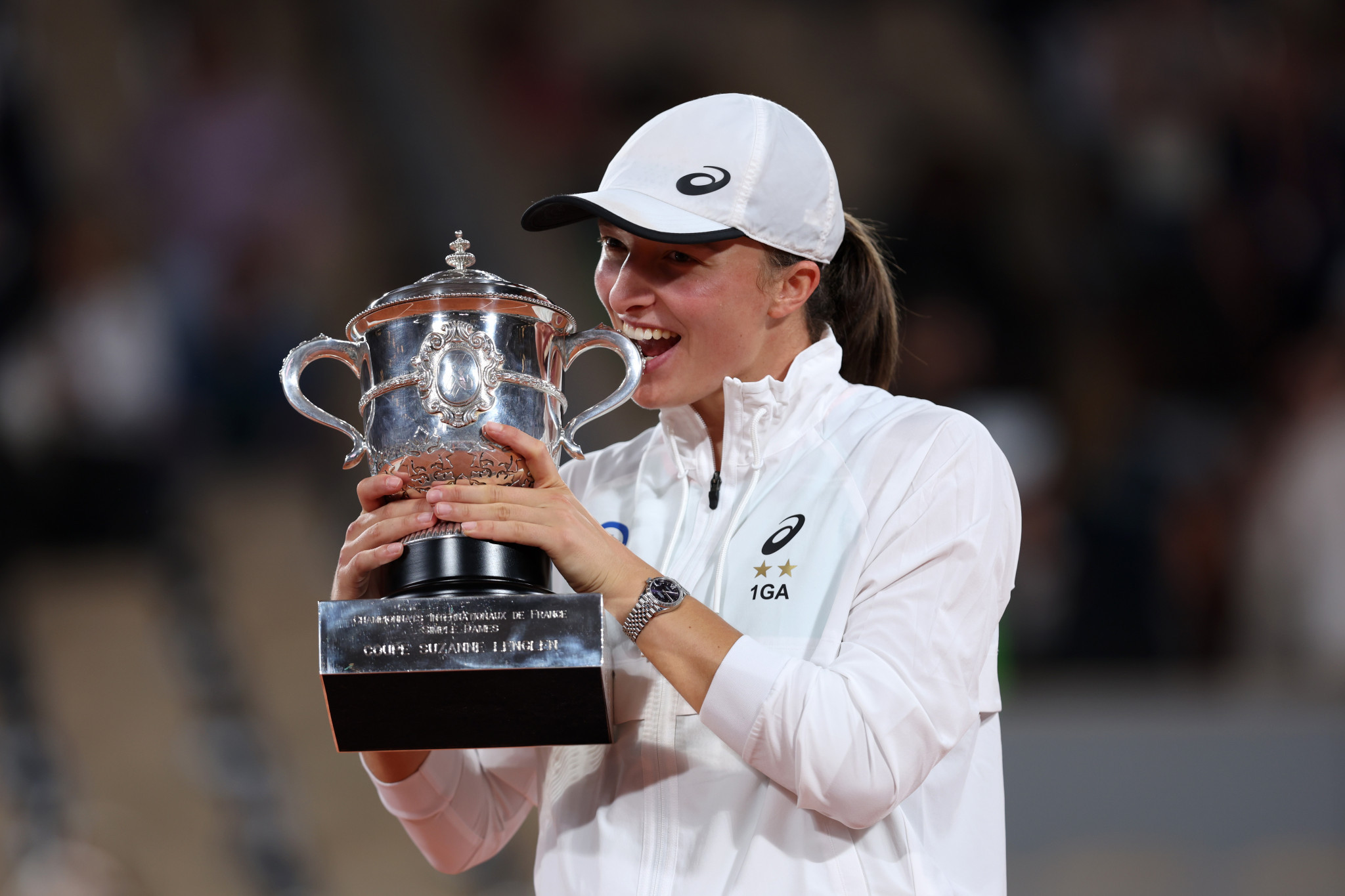 Iga Świątek secured her second Grand Slam title today in Paris with a commanding victory over the United States' Coco Gauff in the French Open women's singles final on the Court Philippe-Chatrier.

Following her 2020 triumph at Roland Garros, Świątek becomes only the tenth woman to win multiple French Open singles titles in the Open Era, since 1968.

Having just turned 21 on Tuesday, Świątek is also the fourth-youngest player to triumph more than once.

Świątek blew the match open after a lengthy third game, when she converted her fifth break point to take a double-break lead.

At 5-1, a powerful backhand return winner forced an error from Gauff on set point giving Świątek her third break of the day and the first set.

Gauff started well in the second set, drawing errors from the top seed as she earned her only break of the match making it 2-0.

However, Świątek remained composed and produced a series of characteristically unstoppable shots and won the next five games in a row.

Gauff held her serve to take it 5-3 leaving Świątek to serve for the title.

Świątek's latest triumph is her sixth title of the year, all coming consecutively during her winning streak, following Doha, Indian Wells, Miami, Stuttgart and Rome.

She is the first player to win six titles in a row since Belgium's Justine Henin in 2007 and 2008.

If Świątek can win her next match, she will hold the best winning streak of the century, and tie Monica Seles' run of 36 straight wins from 1990.