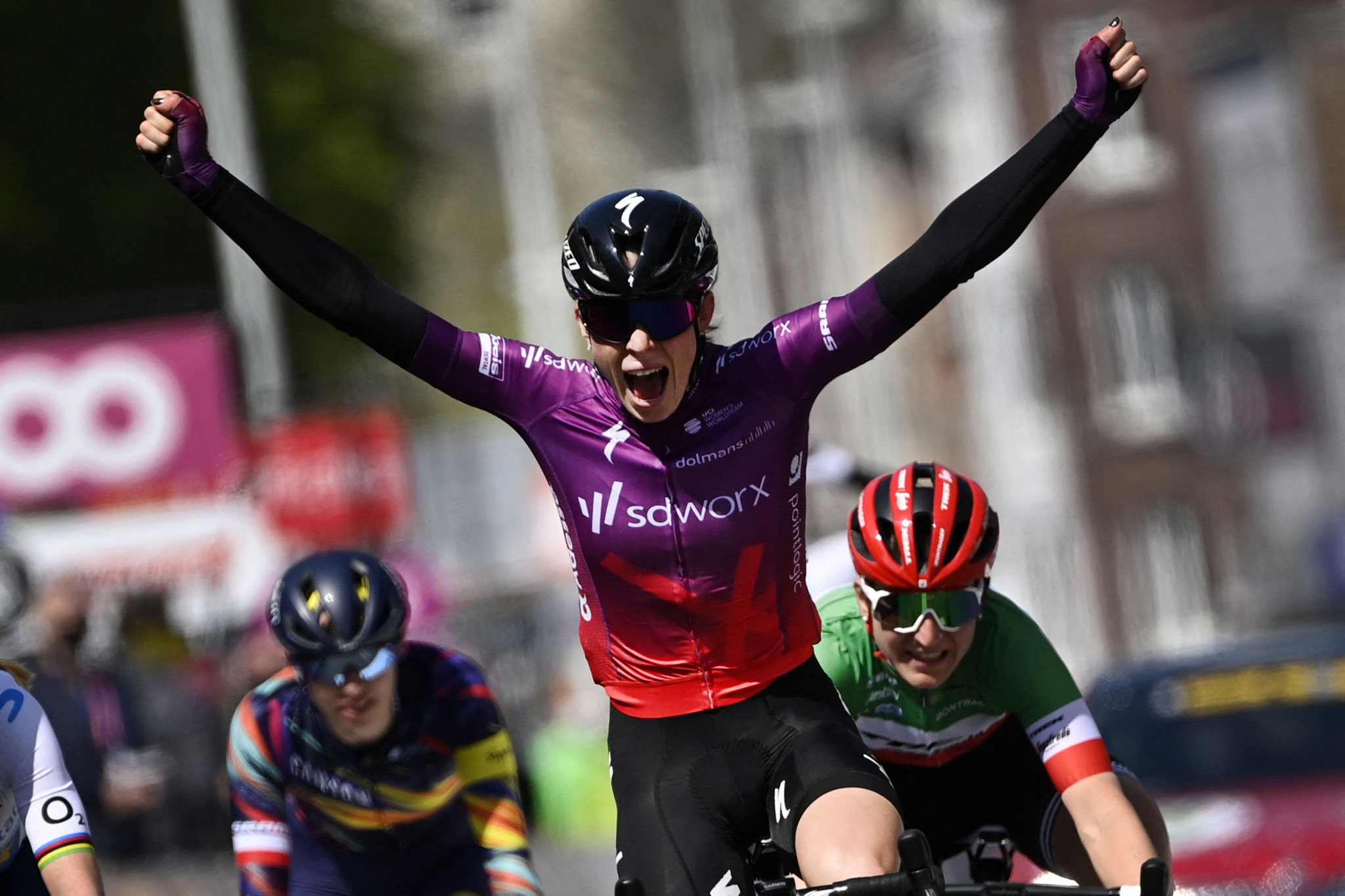 The Netherlands’ Demi Vollering has ended a quiet Vuelta a Burgos Féminas by finishing first on the final stage of the event while Juliette Labous took the overall title in Spain.

After her crash at Durango-Durango Emakumeen Saria, the Team SD Worx rider completed the route from Covarrubias to Lagunas de Neila in 3 hours 39 mins 39 secs.

Labous of France finished 17 secs behind the winner but 20 secs in front of compatriot Évita Muzic to claim the overall title.

Muzic finished second in the overall and Vollering’s final day efforts pushed her to third.

One of the decisive moments of the race was when Vollering decided to sprint ahead of Colombia’s Paula Patiño and Labous with seven kilometres to go.

Patiño, who finished 10th, eventually lost pace and Labous and Muzic were the only cyclists left to provide any pressure to Vollering.

However, the 25-year-old held onto her lead during the final stages of the last climb.

Yesterday’s stage winner and race leader Mavi García of Spain ended the race in sixteenth, 3:01 behind the stage victor.

Vollering has replaced Belgium’s Lotte Kopecky as the leader of the individual ranking for the International Cycling Union Women’s WorldTour.

The next leg of the UCI Women’s WorldTour is the RideLondon Classique in Britain, which is scheduled to be held between May 27 and May 29.