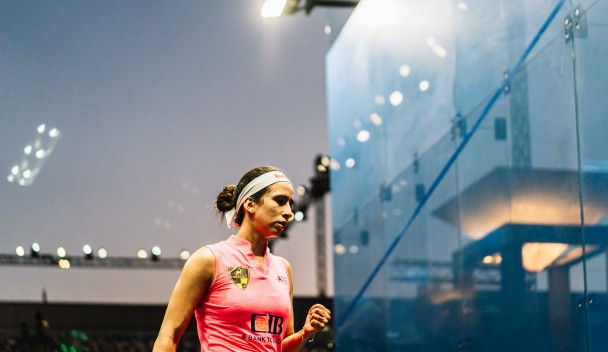 World number one Nouran Gohar of Egypt secured a place in the final of the World Squash Championships in Cairo after a 3-1 win over world number four Amanda Sobhy of the United States.

Sobhy’s tactical approach to some attacking play from Gohar helped the American to bag the first game 11-5.

But Gohar responded quickly with a convincing 11-3 win in the second.

At one game each, both players were going at it with intensity but Gohar triumphed 11-6 to take a vital lead.

The same intensity was maintained in the fourth game with both players producing some sensational shots.

Sobhy saved two match balls to make it 12-11 but Gohar was on a different level as she closed the match with a 15-13 win.

"It wasn’t easy for sure," Gohar said.

"I’ve played Amanda at every tournament, it has been a habit.

"I think she kept her best to the last and most important tournament.

"It was a very tough match, but it’s good to have a match like this, just before tomorrow, to get some nerves out."

In the other semi-final, defending champion Nour El Sherbini of Egypt got the better of compatriot Nour El Tayeb 3-1 to set up a mouth-watering clash against Gohar.

El Shorbagy was more composed than Coll at the start as he rightly took the first game 11-4.

However, Coll raised his game to take the second game 11-8.

El Shorbagy, who had three game balls in the third game, surprisingly went down 10-12.

But the Egyptian’s showed resilience to take the fourth game 11-8 to force the match into a fifth game.

In the decider, El Shorbagyplayed some attacking shots to seal a memorable 11-7 win.