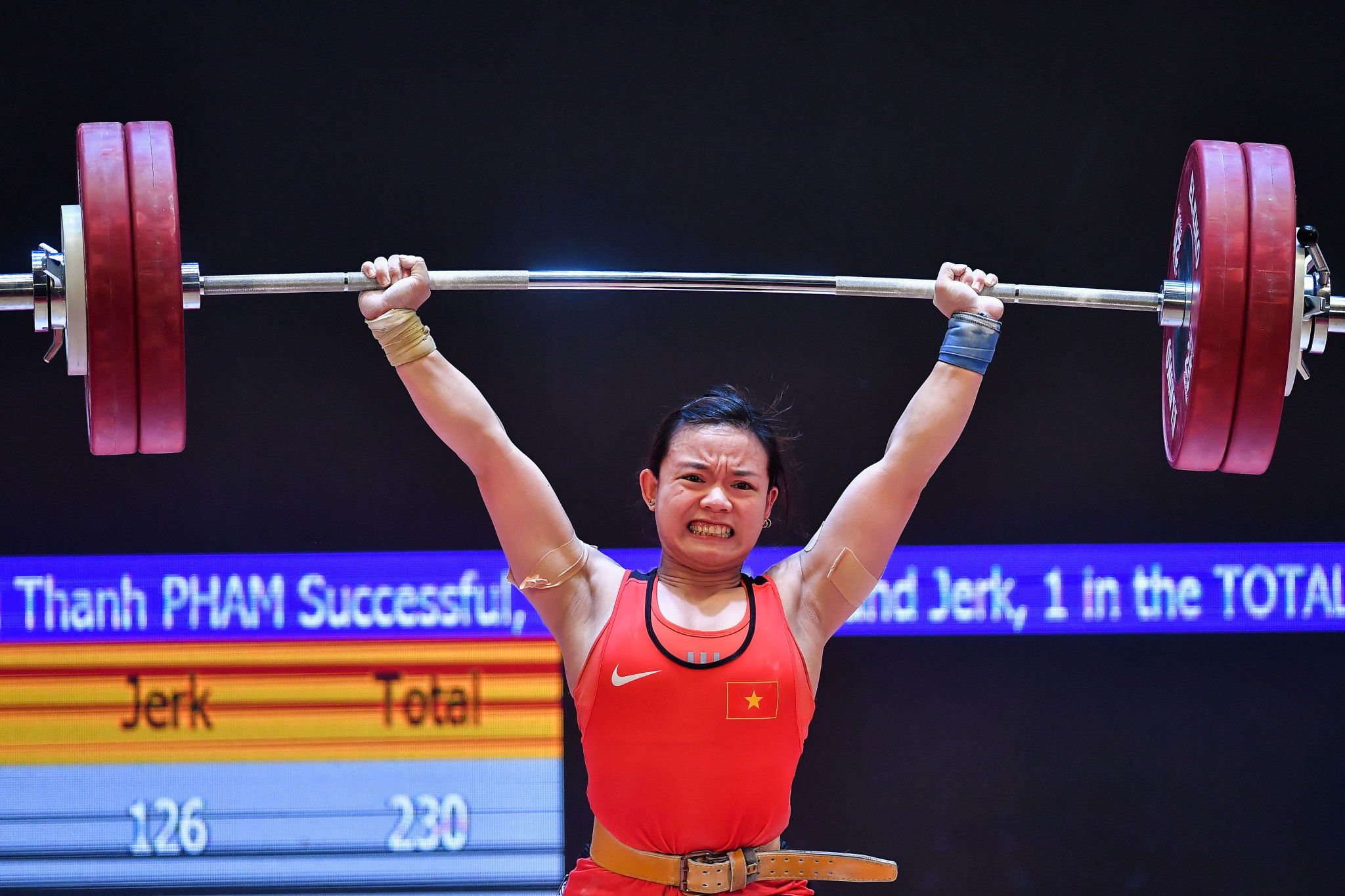 Phạm produced an impressive performance in the women’s under-64 kilogram event at the Hanoi Sports Training and Competition Centre.

The local weightlifter achieved a Games-record total of 230kg overall to claim gold, Vietnam’s third in weightlifting at the Games.

The Philippines' Elreen Ando finished as the runner-up on 223kg, with Indonesia’s Tsabitha Alfiah Ramadani securing bronze on 216kg.

The Tokyo 2020 Olympic bronze medallist and reigning world champion finished with a winning total of 345kg.

Abdullah was able to celebrate defending the title he earned for the first time in 2019.

The men's 81kg title was earned by Thailand's Suepsuan Natthawut, who achieved a total of 355kg.

Thailand were able to celebrate double gold in futsal competitions, with both the men's and women's events held in a round robin format.

Thailand's men’s team claimed gold after three wins and one draw earned the squad 10 points in the five-team competition.

Indonesia were left ruing a draw with Vietnam earlier in the competition which saw their team finish as the silver medallists on eight points, with the hosts taking bronze on seven.

Thailand clinched the women's title with three consecutive victories, with a 2-1 win over Vietnam proving crucial in deciding the destination of the gold medal.

Vietnam ended as the runners-up on six points after two wins, as Malaysia completed the podium places.

A sprint finish determined the winner of the men's individual road race cycling event, with four riders having broken clear of the field.

Malaysia's Nur Aiman Mohd Zariff was crowned as champion after crossing the line in 3 hours, 48min, 22sec at the conclusion of the 162-kilometre event.

Indonesia's Aiman Cahyadi and Thailand's Navuti Lophongyu earned silver and bronze medals, with Singapore's Boon Kiak Yeo missing out on a podium finish despite finishing on the same time as the winner.

Competition will conclude at the Southeast Asian Games tomorrow, with a Closing Ceremony scheduled for Monday (May 23).

Thailand and Indonesia follow with the nations having earned 75 and 57 gold medals, respectively.