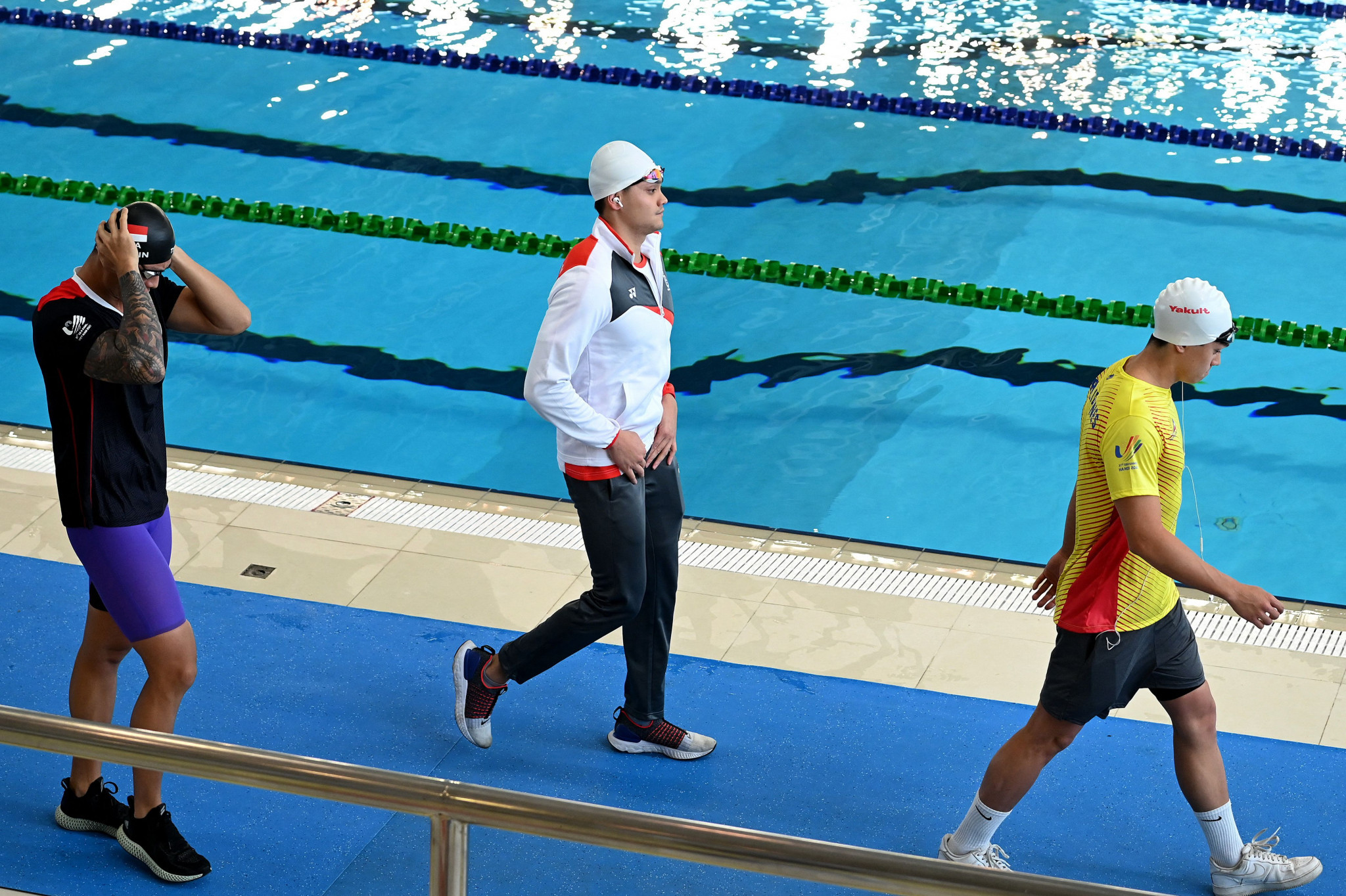 Schooling is expected to be competing in his final SEA Games, having enlisted with Singapore’s military in January.

Schooling enlisted as part of a two-year period of national service which was twice deferred following the Rio 2016 and Tokyo 2020 Olympics, where he earned men’s 100 metres butterfly gold at the former.

He clinched a fifth consecutive SEA Games gold in the event in Vietnam by clocking 52.22sec in the final.

The result saw Schooling move up to third on the all-time SEA Games medals list with 29 gold medals.

Only fellow Singapore swimmers Joscelin Yeo and Patricia Chan have won more titles at the Games, winning 40 and 39 gold medals, respectively, during their careers.

Gymnastics competition continued with the Philippines’ Carlos Yulo earning his firth gold medal of the Games.

Yulo added the men’s vault title to triumphs in the individual all-around, floor and rings events.

His fifth gold came in the horizontal bar competition, where he shared gold with Vietnam's Dinh Phuong Thanh.

Both gymnasts achieved a score of 13.867 in the final.

Malaysia’s Rachel Yeoh Li Wen claimed the beam title with a score of 12.567, with the Philippines' Aleah Finnegan second on 12.367.

Hosts Vietnam remain top of the medals table with 86 gold, 54 silver and 55 bronze.

Thailand and the Philippines complete the top three in the standings on 36 and 30 gold medals.

Vietnam is hosting the SEA Games for the second time.

The Games had initially been scheduled to take place in 2021, but were delayed to 2022 due to the COVID-19 pandemic.