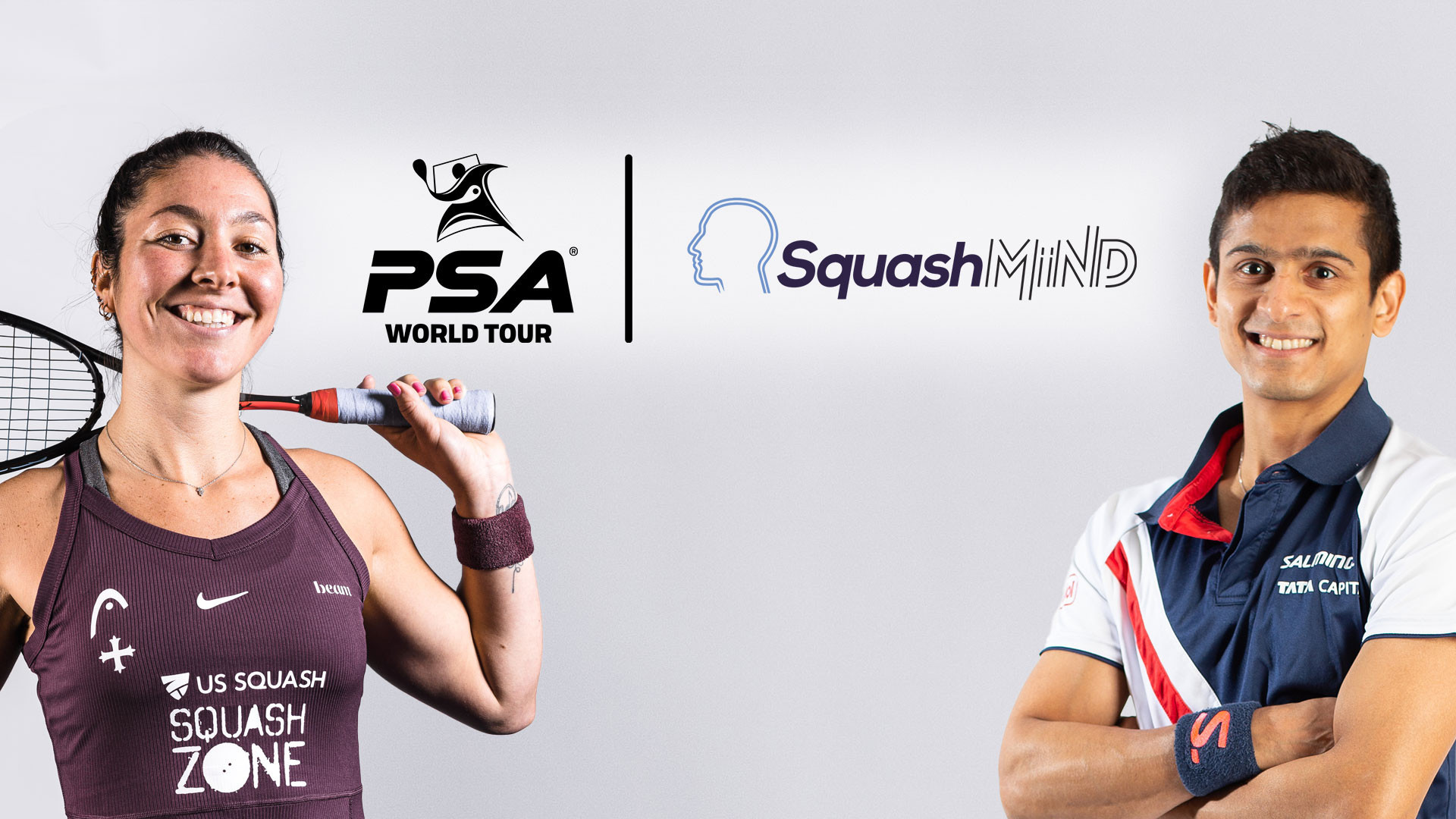 The Professional Squash Association (PSA) has adopted a new training application described by its founder as the "gym of the mind" to help players cope with problems of anxiety and mental health challenges.

The PSA has signed a multi-year deal which installs SquashMind as the "Official Psychological Training App of the PSA".

It was developed by South African former tour professional Jesse Engelbrecht after research revealed that up to 35 per cent of elite athletes suffer from mental health crises which may show up as stress, eating disorders, burnout, depression or anxiety.

"With SquashMind, our aim is to make squash players the best people on the planet," Engelbrecht said.

"SquashMind is the 'gym of the mind' with huge on- and off-court benefits, so we’re thrilled with the PSA partnership, which will amplify its availability and accessibility across the globe.

"Superior performance and being the best versions of ourselves starts with the mind, and SquashMind has been created from the ground-up to support this with strong daily habit formation for increased resilience."

He devised SquashMind as an app to support squash players with strong daily habit formation to help them develop increased resilience.

"Squash is one of the world’s toughest sports and Jesse has already worked closely with a number of our athletes to get their thoughts on the importance of mental training and what they do to prepare for the incredible battles we see regularly on the PSA World Tour," PSA chief commercial officer Tommy Berden said.

The app helps players in visualisation, mindfulness and mental stimulation in the form of exclusive lessons, video guides, blog posts and podcasts.

The lessons draw on established practice and are tailored specifically to squash.

It also includes tips from leading sports psychology experts and some of the PSA World Tour’s most decorated stars.

Eleven athlete ambassadors share their personal knowledge and experiences around mental health as part of a support network for players.

The PSA's charitable foundation has given its backing to the app.

"Players on the PSA Tour are role models and inspire us both on and off the court," PSA Foundation manager Adriana Olaya said.

"One of the aims of the PSA Foundation is to safeguard the well-being of competing players and this partnership with SquashMind will contribute valuable knowledge and support for the players and squash communities around the world."