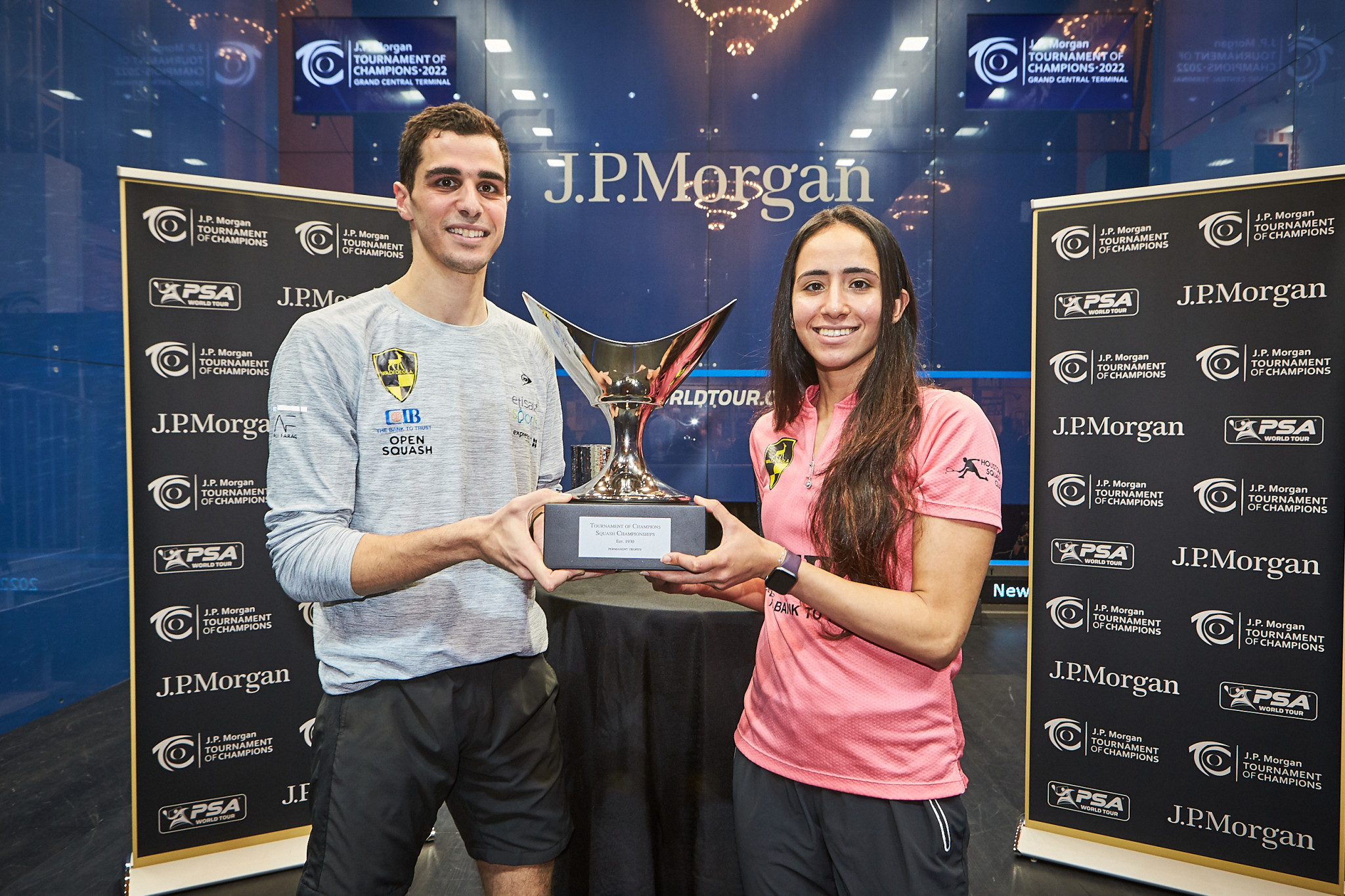 The women’s final at Grand Central Station pitted the top two seeds against each other with Gohar facing Amanda Sobhy of the United States.

Gohar produced some of the best squash of the tournament in the third game, on her way to winning a seventh title of the season, and a first Tournament of Champions crown.

Farag triumphed in four games during a thrilling encounter, with the first lasting 27 minutes and seeing both players saving game balls.

Farag took game one 16-14, on his fifth game ball, with Elías bouncing back to take the second 11-9.

A tight third went Farag’s way by the same score, 11-9, before the Egyptian’s class told in the fourth as he won it 11-5, on the way to securing victory in 76 minutes.

The next big event on the squash calendar is the Professional Squash Association World Championships, scheduled to be held in Egyptian capital Cairo from May 13 to 22.