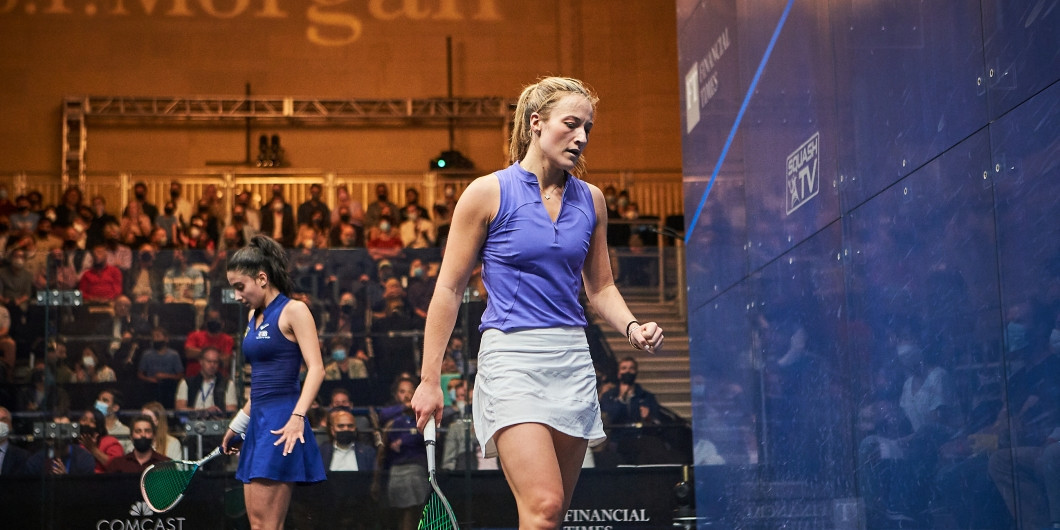 Although Elaraby is currently ranked number eight in the world, the 21-year-old was not able to book her spot in the semi-finals.

"I knew Rowan would be out for revenge, I got the better of her when we played in the British Open about a month ago.

"I knew she'd come out firing, I definitely had a slow start and she was playing well and everything seemed to be running away from me.

"I told myself to try and relax and keep retrieving balls, and my goal in the match was to just get in front as much as possible and volley, and I think I got better as the match went on.

"Fortunately with my sports psychologist, Danny Massaro, we've been working on trying to stay positive and predict positive things, even in moments where things are running away from me and I'm feeling that I'm not hitting my targets, I can turn it around and play the match of my life.

"I'm not sure it was tonight but I'm just relieved that I could find a way through.

"It's so hard to believe, when I've played this event in the past I've barely made the draw and just to be able to play on this court and to be able to come out and play again tomorrow and to try and book my place in the final is just incredible."

Fiechter is set to play against Egyptian Nouran Gohar in the semi-finals, after the world number one defeated Canadian Hollie Naughton.

World number four Amanda Sobhy of the US and world number seven Salma Hany of Egypt are due to meet tomorrow.

"It means so much, this is my 11th time here and I hadn't gotten this far," said Ghosal.

"I've been putting a lot of work in and it's good to see it come to fruition.

"For it to come to fruition at somewhere like Grand Central Terminal is brilliant, I'm super happy.

"I don't think you can call Youssef an up-and-coming player anymore, he's chopping people that are much higher up.

"He's playing at such a high level, it's so difficult to play him.

"I had to be super disciplined in my head to execute the plan that David Palmer, who has been coaching me, had put together.

"He's going to be around for a really long time entertaining a lot of people around the world.

"I'm just glad that today we had such a good match and hopefully we can have a few more before I walk into the sunset."

Rodriguez beat one of France's most promising male squash players in Baptiste Masotti yesterday, but the 36-year-old could not manage to reach the semi-finals

Peruvian Diego Elias is set to face a semi-final showdown against Ghosal after a grand performance saw him take out France's Gregoire Marche in the quarter-finals.