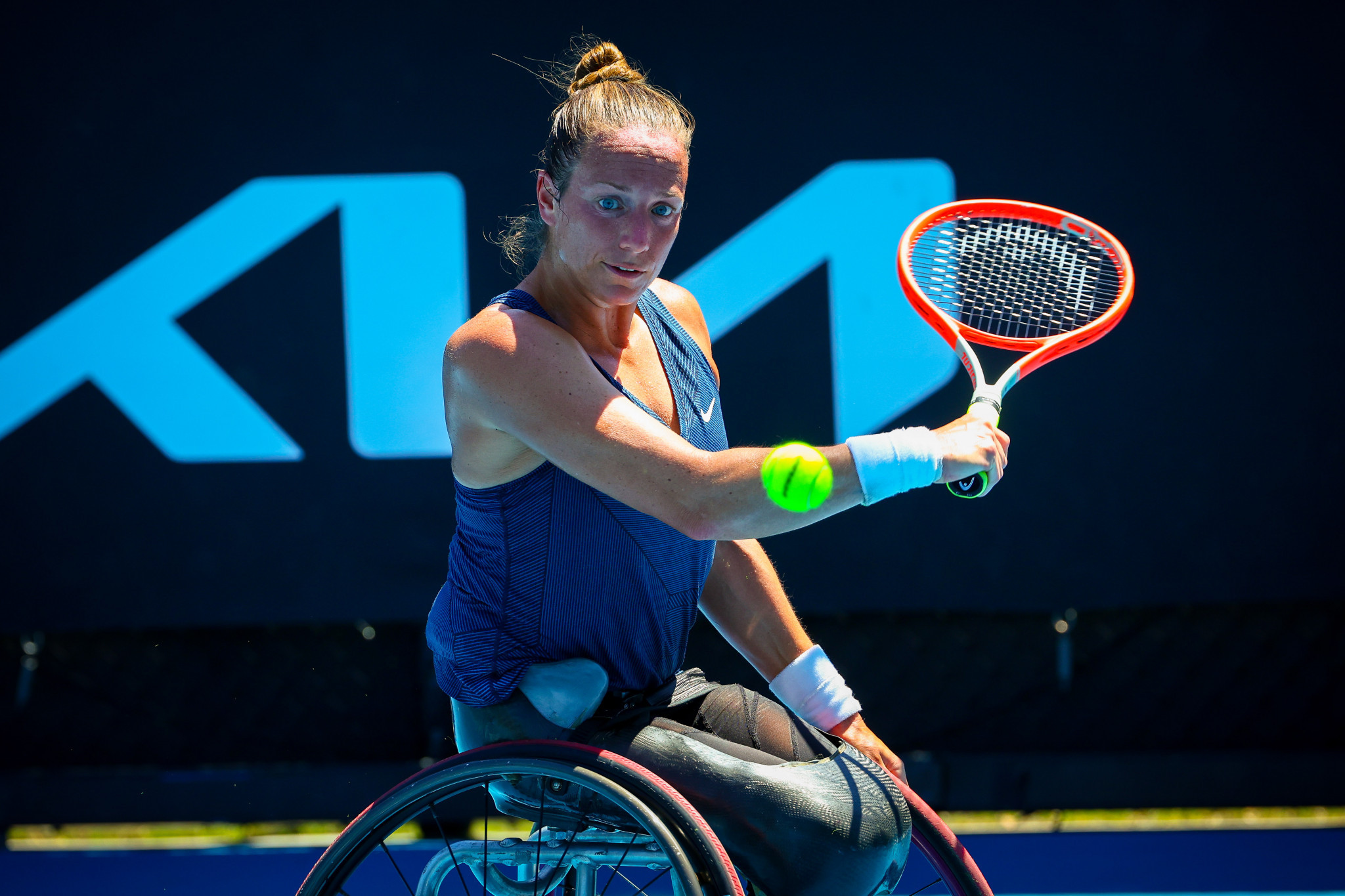 The Netherlands men's, women's and quad teams are all seeking to defend the titles from 2021, with each winning their groups in comfortable fashion.

Diede de Groot, Jiske Griffioen and Aniek van Koot earned a 3-0 win over Britain in their final Group A match in the women’s event.

De Groot and Van Koot then achieved a 6-0, 6-0 win over Britain’s Abbie Breakwell and Oosthuizen in the doubles rubber.

Japan advanced as the Group B winners following a 3-0 win over Germany, with Momoko Ohtani and Yui Kamiji winning their respective singles match before combining in the doubles.

The United States topped Group C with two victories, including a 3-0 triumph against France today.

Colombia were 2-1 winners against Brazil to beat their South American rivals to top spot in Group D.

The Netherlands were Group B winners in the men’s competition with three consecutive wins, which included a 3-0 triumph over Chile today.

Still working out how @DiedetheGreat won this point 🤯

Japan emerged unbeaten in Group A with a 2-0 triumph against South Africa sealing top spot, with Argentina following a 3-0 victory over Brazil.

The US and France finished as the top two in Group C, with Spain and Malaysia taking the same positions in Group D.

The quad competition saw The Netherlands win all three of their matches in Group A.

South Africa will compete in the final after ending second with two wins and one defeat.

The US edged into second place in Group B over Britain and Israel, with all three teams earning one win and suffering two defeats.

The knockout stage of the competition will begin tomorrow.