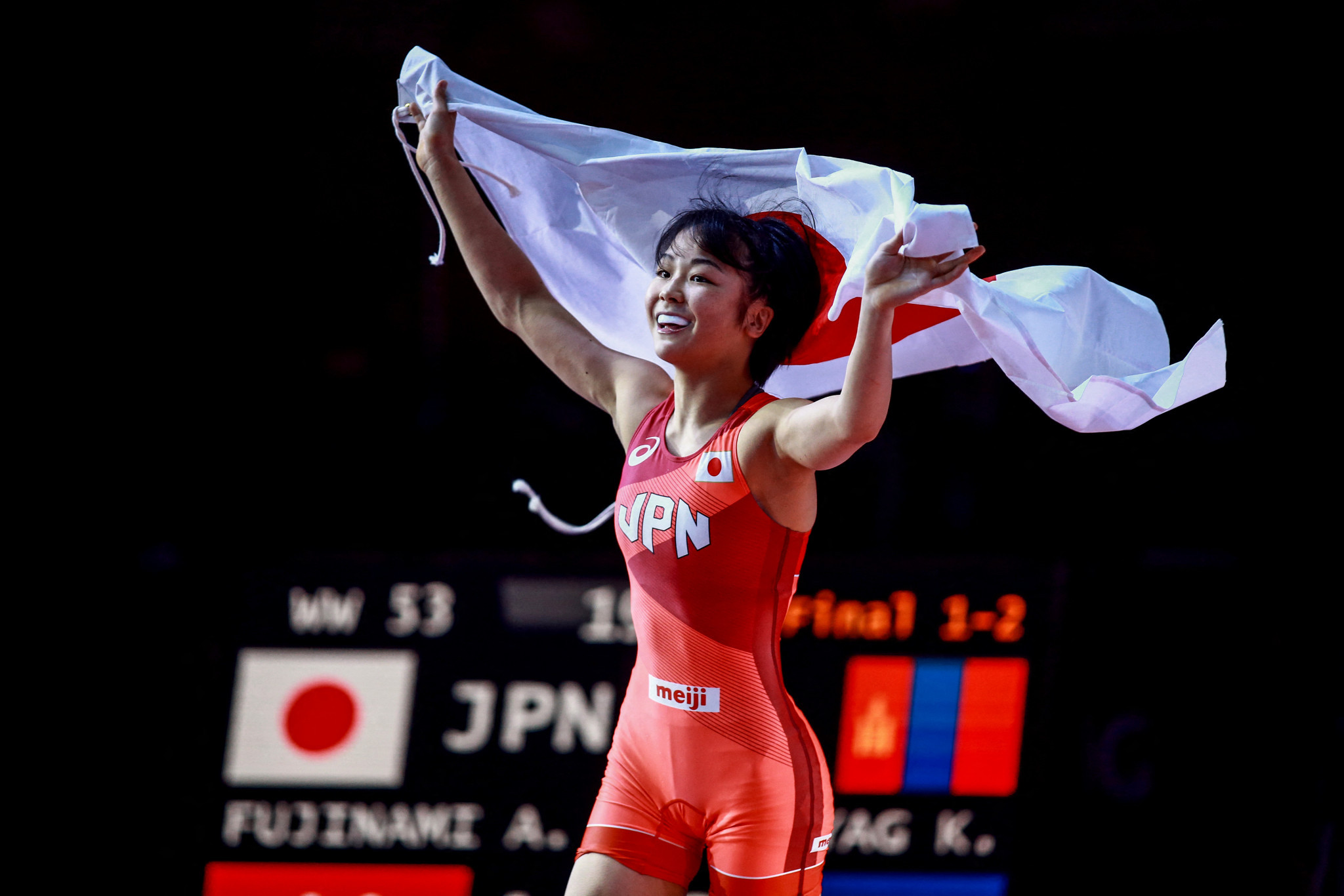 World champion Akari Fujinami added an Asian title to her name in the women's under-53 kilogram category after beating Mongolian Batkhuyagiin Khulan for the gold medal.

The pair faced off in the group stage, with the Japanese winning that bout too.

Fujinami was a clear victor in the final, while Eshimova defeated Keunimjaeva again for the bronze.

Another world champion, Tsugumi Sakurai, won the women's under-57kg gold medal after beating India's Anshu Malik in a rematch of their world final.

World bronze medallist Nonoka Ozaki gave Japan its sixth women's title of the championships, defeating Aisuluu Tynybekova of Kyrgyzstan in the under-62kg, who is the Olympic silver medallist from Tokyo 2020 and a two-time world champion.

Boldsaikhany Khongorzul of Mongolia and Manisha Manisha of India were bronze medal winners.

A seventh gold from 10 categories came for Japan after Miwa Morikawa won the round-robin in the under-65kg with four wins from four.

Radhika took three wins to give India the silver, followed by Ölziisaikhany Pürevsüren of Mongolia for the bronze.