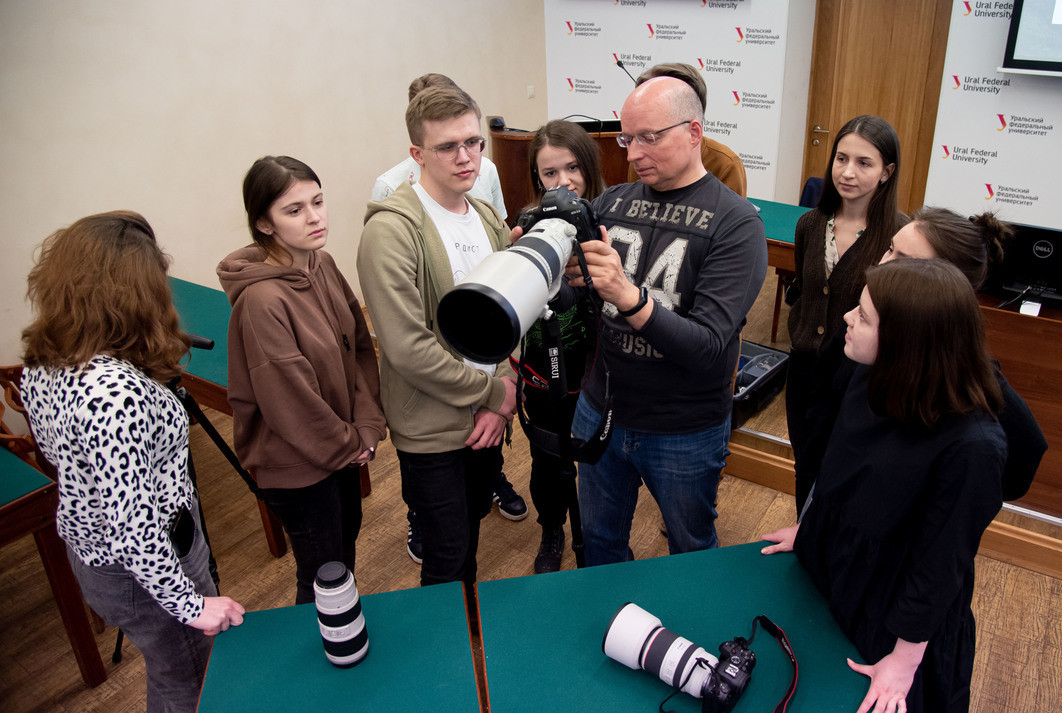 The first sports photography classes have been held under a programme to find students to cover the International University Sports Federation (FISU) 2023 Summer World University Games in Yekaterinburg as photographers.

Ten students are taking part in the initiative organised in conjunction with the Ural Federal University.

They met with Andrey Golovanov at the first classes held over the course of three days.

Golovanov is a sports photographer who has covered 14 Olympic Games.

Golovanov is serving as a tutor for the young photojournalist programme.

A lecture was held at the Ural Federal University for students with a particular focus on rhythmic gymnastics events, given that the Mechta City Tournament offered the first opportunity to use the equipment provided.

After studying the venue and receiving guidance from Golovanov, students covered the event as photographers, before meeting with their tutor to analyse the results.

Three more events are planned by organisers of the programme for this year, including at the Association of Student Basketball’s Superfinal next month.

The five students deemed to produce the best results from the programme will be selected to cover the 2023 FISU Games as photographers.

However, there are major doubts over whether Russia will be able to stage the multi-sport event, scheduled for August 8 to 19 next year.

The vast majority of upcoming sporting events due to be held in Russia and Belarus have been moved in accordance with recommendations from the International Olympic Committee over the countries' roles in the attack on Ukraine.

Yekaterinburg had been due to host this year's SportAccord World Sport and Business Summit and matches at the International Volleyball Federation Volleyball Men's World Championship, but the first of those events has been cancelled and the second moved from Russia.

FISU has thus far decided to keep the 2023 Games in Yekaterinburg, and the budget has not been reduced by organisers, but Russian competitors are banned from the Chengdu 2021 FISU Summer World University Games later this year.