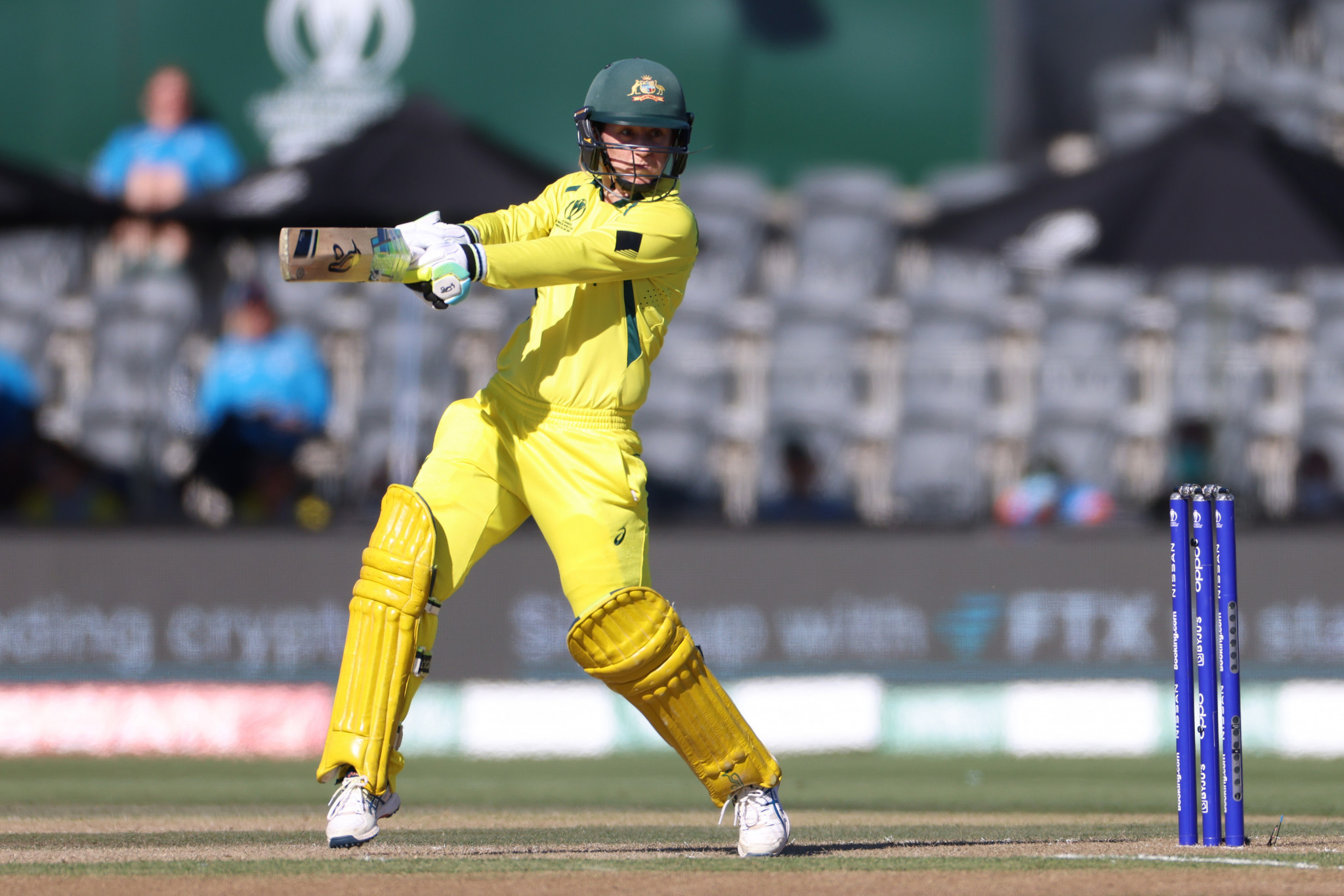 Haynes enjoyed a remarkable month where she played a dominant role in Australia’s path to winning their seventh ICC Women’s Cricket World Cup.

The 35-year-old scored 429 runs across eight one-day international (ODI) matches in March at an average of 61.28.

Only team-mate Alyssa Healy finished the World Cup with more runs, although Healy's subline 170 in the final came in April.

Haynes' biggest total was a stylish 130 in Australia's opening match against England.

"Rachael Haynes was the backbone of nearly every World Cup game for Australia, consistently set platforms for them to go on and set huge totals, or chase down any scores put up to them," Clare Shillington, former Ireland cricketer and a member of the ICC voting panel, said.

"She was paramount in them reaching the final."

England's Sophie Ecclestone and Laura Wolvaardt from South Africa had also been shortlisted.

Azam's March included scoring a masterful second-innings 196 in a Test match against Australia in Karachi.

Azam faced 425 balls and batted for more than 10 hours to help Pakistan salvage a draw.

The 27-year-old is the first player to win the award twice, with the other time coming in April 2021, and saw off competition from West Indies captain Kraigg Braithwaite and Australian skipper Pat Cummins.

Azam was the third-highest run-scorer on 390 in the Benaud-Qadir Trophy Test series versus Australia, scoring three half-centuries including the big century.

Once the ODI series began, Azam made 57 in the first match and 114 in the second to end March strongly.

"Babar Azam wins this award not only because of his significant glut of runs scored during the Pakistan v Australia tour, he was able to transition success with the bat across formats, from the Test Series into ODIs," Daren Ganga, the former West Indies batter and member of the voting panel, said.

"Significantly, him being able to fulfil the burden of expectation as a captain and batsman for Pakistan being host to an Australian team visiting after 24 years is a monumental achievement."