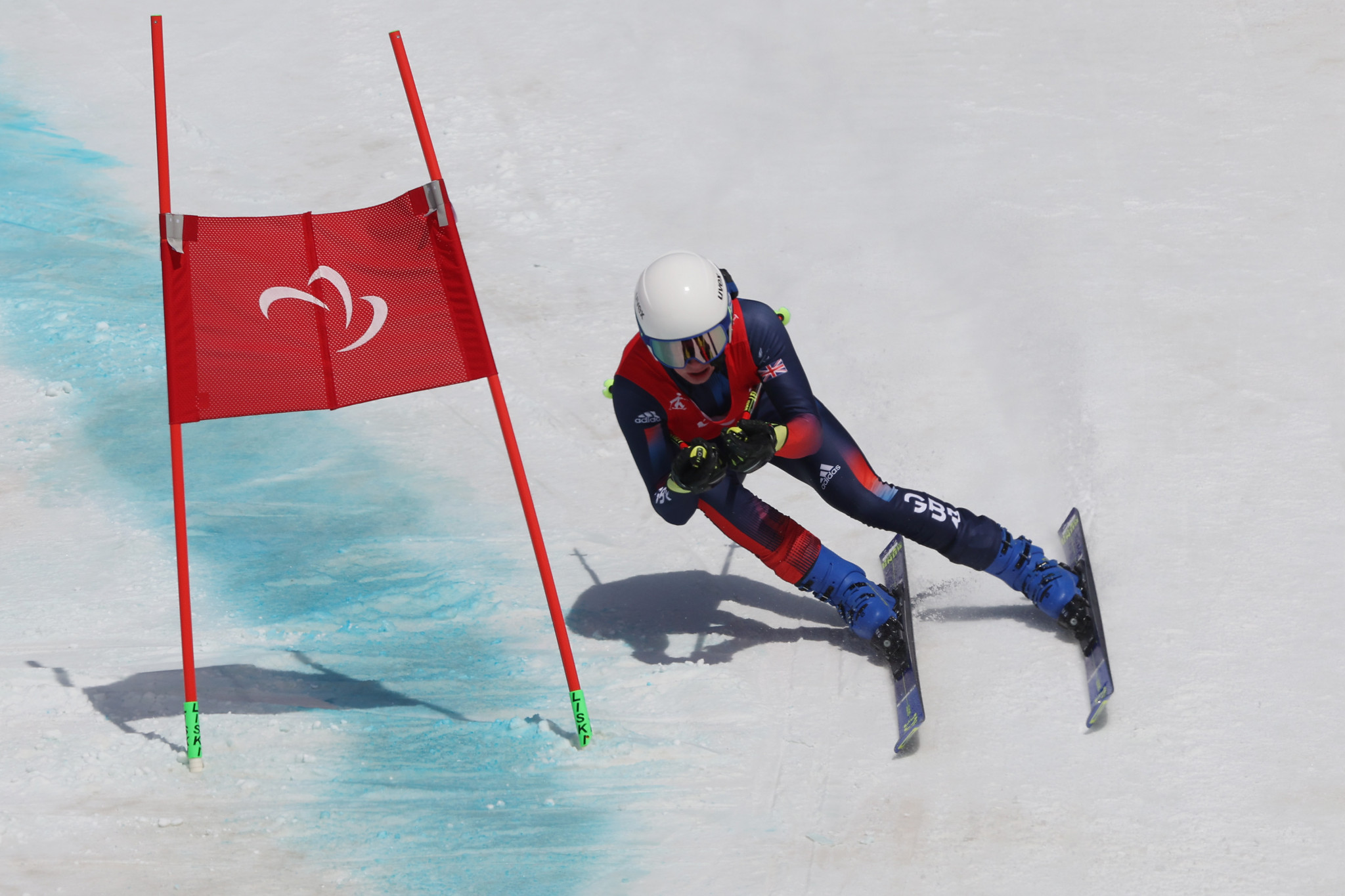 Neil Simpson etched his name into British sporting history with a stunning victory in the men's super-G vision impaired event on a day of firsts in the Para Alpine skiing at the Beijing 2022 Winter Paralympics.

Hosts China won their first two golds in the sport courtesy of Zhang Mengqiu and Liang Jingyi, while Japan's Momoka Muraoka became the first double champion of the Games at the Yanqing National Alpine Skiing Centre.

The drama in the first event of the day - the women's super-G vision impaired - proved a sign of things to come.

Slovakia's Henrieta Farkašová was the red-hot favourite after taking her Paralympics gold medal tally up to 10 with victory in the downhill, and all appeared to be going to plan after a flawless start had her more than three seconds clear of Britain's Menna Fitzpatrick at the third intermediate checkpoint.

However, she then caught her right ski on a gate and crashed out of the competition.

Her compatriot Alexandra Rexová, guided by Eva Trajcikova, went on to take gold in 1min 17.01sec.

Until today, Britain had never won a men's gold medal on snow at the Olympics or Paralympics.

That changed when Simpson, guided by his brother Andrew, staved off challenges from the likes of France's world champion Hyacinthe Deleplace and Pyeongchang 2018 silver medallist Giacomo Bertagnolli of Italy to clinch victory in 1:08.91.

"We went into today with a clear game plan and it worked out pretty well," said Neil Simpson.

"I still can't put it into words quite yet.

"It's been quite a turnover the last couple of years with everything going on.

"I still can't believe it."

Bertagnolli fell 0.40sec short, with yesterday's downhill champion Johannes Aigner of Austria forcing Deleplace outside of the medal positions with his 1:09.74 run.

The defending champion Jakub Krako of Slovakia was disqualified.

In the women's sitting super-G, Muraoka became the first athlete at Beijing 2022 to win multiple titles.

World champion Anna-Lena Forster of Germany had set the pace at 1:23.84, but downhill champion Muraoka beat it by 0.11.

The Japanese skier medalled in all five Para Alpine disciplines at Pyeongchang 2018, and is set to defend her giant slalom title on Friday (March 11).

No other athlete bettered Forster's time, although China's Zhang Mengqiu added her second medal of the Games to go with her downhill silver as she finished 0.58 adrift of Muraoka in third.

It was a successful day for the host nation, for whom Zhang earned its first ever Para Alpine skiing gold at the Games in the women's super-G standing.

Eight-time Paralympic and reigning downhill and giant slalom world champion Bochet picked up her first medal at Beijing 2022, after she crashed out yesterday.

Alana Ramsay of Canada made it back-to-back bronze medals in this event after finishing in 1:16.84.

Liang took the host nation's overall gold medal tally at the Games up to six when he triumphed in the men's super-G standing.

He posted 1:09.11 early on in the biggest competition of the day by field size.

World and Sochi 2014 Paralympic champion Markus Salcher came closest to overhauling him from the other 38 athletes, but fell 0.24 short.

Canada's Alexis Guimond took third in 1:10.02, a time which put him ahead of the downhill champion Arthur Bauchet of France and Pyeongchang 2018 gold medallist Théo Gmür of Switzerland.

Jesper Pedersen of Norway won the final event of the day in the men's super-G sitting, clocking 1:09.69.

Downhill champion Corey Peters of New Zealand added a silver to his medal haul from the Games in 1:10.16, with Japan's Taiki Morii clinching a second bronze in as many days.

Tomorrow was due to be a rest day in Para Alpine skiing, but organisers have brought forward the super combined events from Tuesday (March 8).

This is "due to high temperatures and high risk of snow melting".

A two-day break is now scheduled on Tuesday and Wednesday (March 9), before the resumption of competition in the men's giant slalom on Thursday (March 10).