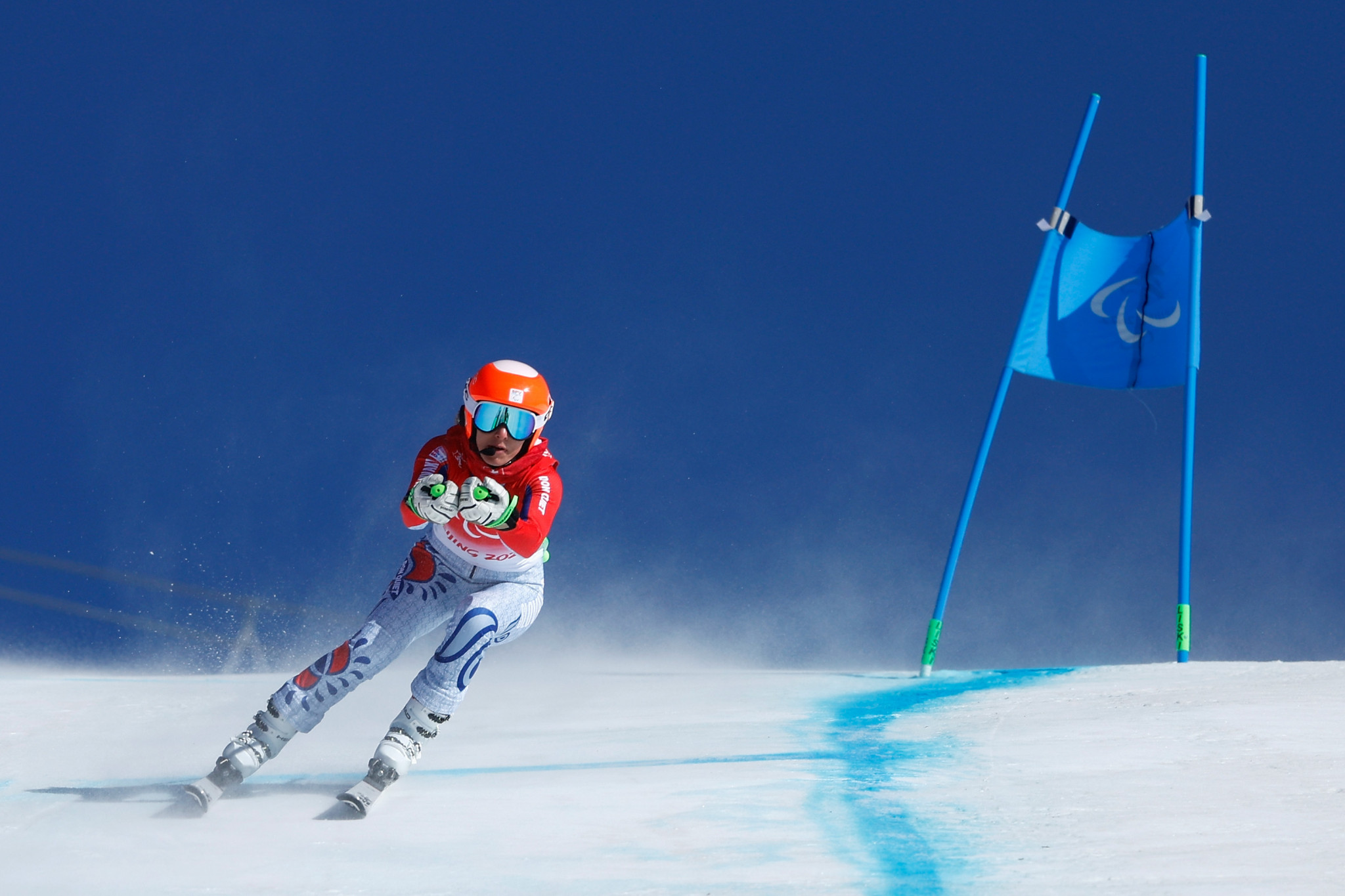 Henrieta Farkašová of Slovakia won the first gold medal of the Beijing 2022 Winter Paralympics, triumphing by more than two seconds in the women's vision impaired downhill.

The 35-year-old, who entered the Games as the back-to-back defending champion in the downhill, completed the Yanqing National Alpine Skiing Centre course in 1min 19.50sec.

China's Zhu Daqing was second, 2.25sec back, to earn the host nation's first medal of these Paralympics.

Millie Knight from Britain completed the podium, 3.70 off Farkašová's pace.

Farkašová, who was guided by Martin Motyka, is now a 10-time Paralympic champion and has won gold medals at each of the last four Winter Paralympics.

Marie Bochet of France was hoping to match Farkašová's three-on-the-spin feat in the women's standing downhill, but one of her skis was dislodged early in the run which blew the competition wide open.

It was Canada's Mollie Jepsen who came out on top, posting a superb 1:21.75, although China's Zhang Mengqiu almost claimed a shock victory as the last skier, coming within 0.10 of the lead.

Zhang earned silver, with Ebba Årsjö of Sweden taking bronze after finishing 1.45 down on Jepsen.

In the final women's downhill event of the day, Japan's Momoka Muraoka built on her silver from Pyeongchang 2018 in the sitting class, with a 1:29.77 effort enough for victory.

World champion Anna-Lena Forster had to settle for silver in 1:30.59, with Liu Sitong adding to hosts China's successful start to the Para Alpine skiing at Beijing 2022.

Liu was the only other competitor from the field of seven to complete the course, posting 1:32.10.

World Championship medallists Katherine Cambaluzier of Canada and The Netherlands' Barbara van Bergen were among the skiers who fell victim to missing an early gate.

Marcoux added to a bronze at Sochi 2014 and gold four years ago to take silver in 1:13.81, while Deleplace was only 0.65 adrift of Aigner in third.

After four second-place finishes at Pyeongchang 2018 and a silver at the World Championships earlier this year, France's Arthur Bauchet finally got his hands on a gold medal in the standing class.

Bauchet clocked 1:14.92, staving off the world champion Markus Salcher of Austria by 0.33.

Swiss Pyeongchang 2018 treble gold medallist, including in the downhill, Théo Gmür earned bronze in 1:16.17, but China's Liang Jingyi came within 0.19 of a surprise podium finish.

The sitting event was settled by an exceptional performance from New Zealand's Corey Peters.

Japan's Taiki Morii pipped the reigning champion Andrew Kurka of the United States to the final medal, clocking 1:18.29 to earn a third downhill Paralympic medal of his career.

Para Alpine skiing at Beijing 2022 is set to continue tomorrow with the super-G competitions.