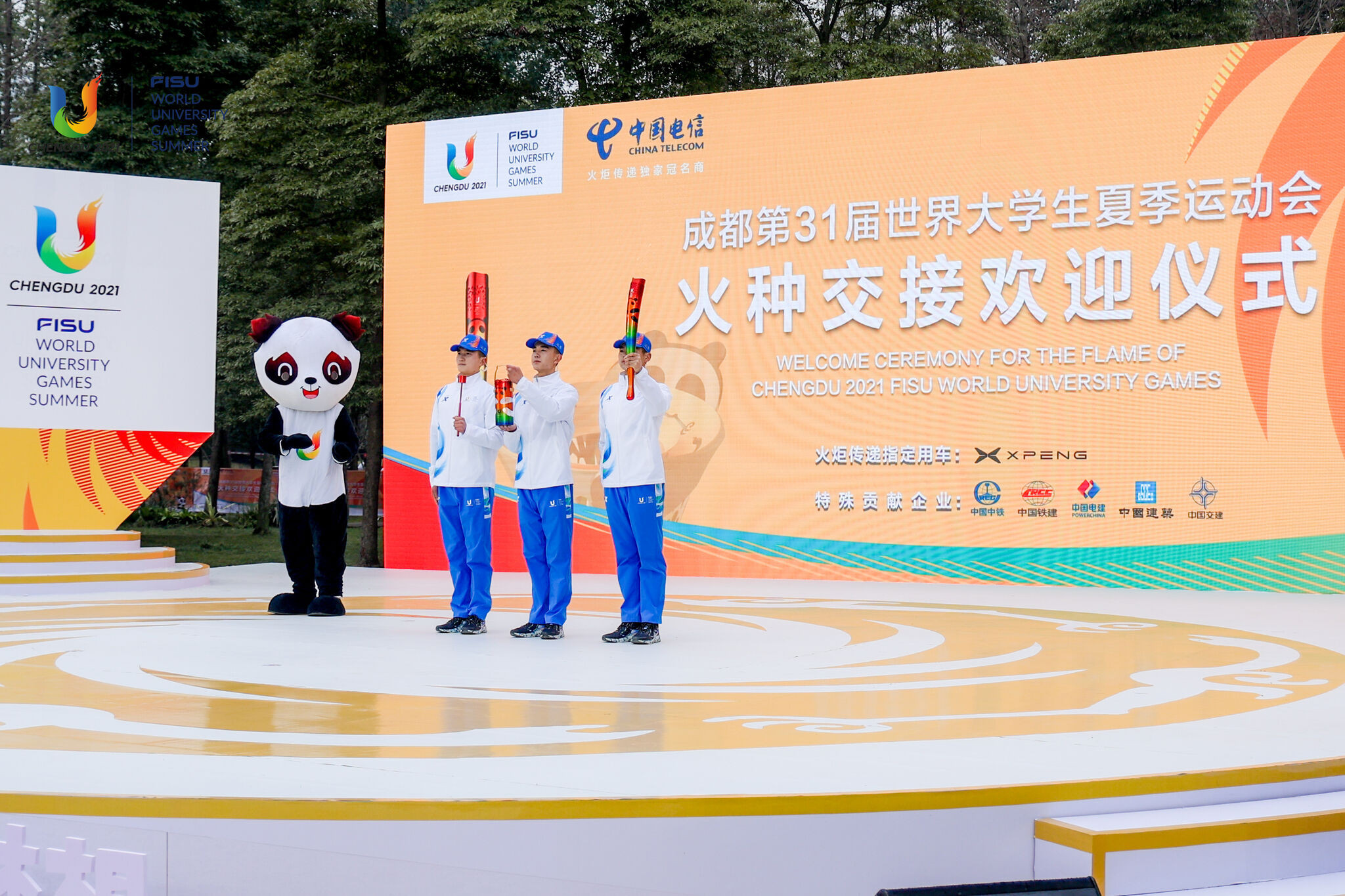 The International University Sports Federation (FISU) Torch was handed over to Chengdu during a ceremony held prior to the city's hosting of the FISU World University Games set to take place from June 26 to July 7 this year.

FISU vice-president Shen Zhen officially passed on the Torch, named Rong Huo, which was initially lit in January 2021 in Turin.

The Italian city hosted the first edition of the Games in 1959.

The ceremony was staged in Chengdu's Jinsha Site Museum and also featured the lighting of the FISU Cauldron.

Luo Zhihuan, the first torchbearer of the Beijing 2022 Winter Olympic Games and China's first winter sports world champion, sent a video message offering his best wishes to the organisers for a successful event.

Chengdu was confirmed as the host city for the Games in December 2018 and is ready to stage the event following a postponement.

In May, FISU confirmed new dates for Chengdu 2021 after the event was pushed into 2022 due to the coronavirus pandemic.

The selection of torchbearers as well as online and offline Torch Relays, are planned to take place in the lead-up to the upcoming World University Games.

Eighteen sports are on the programme for the Games, which will be the third in China after the Summer Universiades in Beijing and Shenzhen in 2001 and 2011.

Despite the event taking place in 2022, the Chengdu 2021 name is being retained.