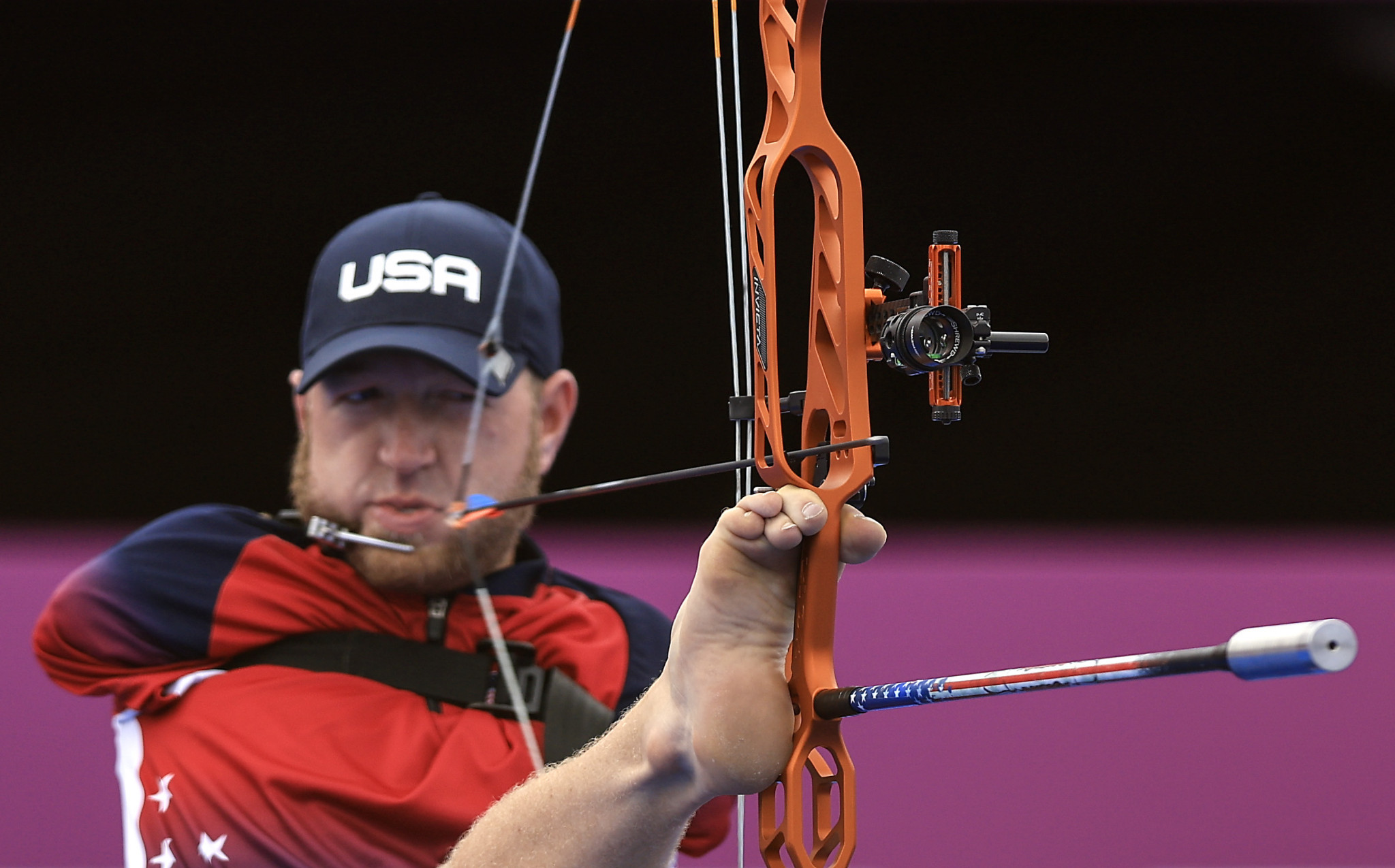 Stutzman of the United States won his first event at the World Championships after beating Russia’s Alexandr Gombozhapov 142-137 in the men’s compound open final.

Despite leading for the whole match, Stutzman was never in a comfortable position.

At this point, it seemed Stutzman could have created an unassailable lead in the fourth end, but Gombozhapov produced two perfect arrows to narrow the Paralympic silver medallist's control to just two points.

With the scores set at 122-110 in Stutzman’s favour, he produced a flawless end to win the gold medal.

In the bronze match, Russian Archery Federation’s Bair Shigaev won 142-141 against Iran’s Hadi Nori to add another medal to his World Championship silver and Paralympic bronze.

Sport has no boundaries.

The first-ever final at the world para championships featuring archers without arms – and this one had two.#WorldParaChampionships #archery pic.twitter.com/8NBASYu7X2

The four-times World Championships medallist recovered from 29-27 down in the first end to be 114-112 up heading into the final end.

After producing a score of 29, Andrievskaia secured her first gold medal at the competition.

After being tied 148-148 at the end of the match, Iran’s women succeeded 20-19 in a shoot-off against Britain to secure the bronze medal.

The compound mixed team medal matches witnessed Andrievskaia and Shigaev triumph 150-148 for the Russian Archery Federation against India to become the champions while Britain beat France 144-143 in a tense affair to take home bronze.

Meanwhile, Britain has progressed to the men’s recurve final after beating the Russian Archery Federation 6-2.

They are joined by Iran, who defeated Turkey 5-3.

The Russian Archery Federation did, however, manage to progress to the women’s recurve final after a comfortable 6-0 victory over Mongolia.

They will play Italy following their 5-3 win against India.

The men’s W1 will also have the Russian Archery Federation in the final, after they beat South Korea 146-133.

Turkey, who beat Czech Republic 143-142, will be their opponents.