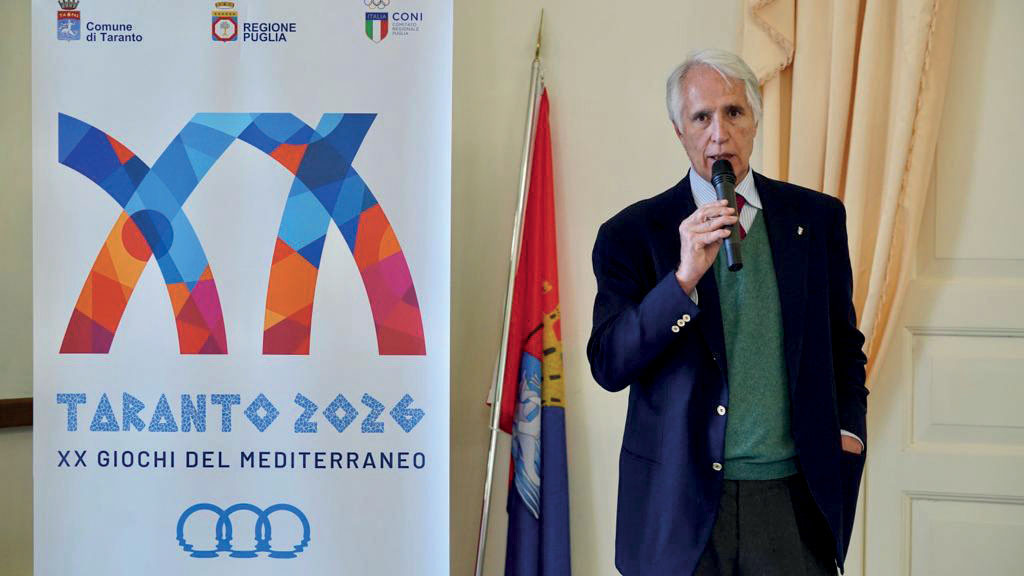 Mayors of the cities which will host the 2026 Mediterranean Games have called for the Italian Government to provide "adequate financial support".

In a plea sent to Prime Minister Mario Draghi, undersecretary for sport Valentina Vezzali and ministers Mara Carfagna and Daniele Franco, the Mayors asked for the backing "in order to guarantee that the organisation of the XX edition of the Mediterranean Games will provide the quality and importance of an international sporting event that can honour Taranto, Puglia and all of Italy."

It came after the unveiling of a masterplan of the Games at the Salone degli Specchi in Taranto.

Some presentations were made online as a precaution against COVID-19.

Fifty venues will be made available for competition and training, with 10 per cent new builds.

Puglia President Michele Emiliano was also present to hear confirmation that Taranto will be joined by 21 municipalities across the Puglia region which will stage events during the Games.

They are scheduled to open on June 13 2026, only a few months after the Milan Cortina 2026 Winter Olympics.

"It will be another important recognition for our country and, in particular, for the sports world.

"The Municipality of Taranto and all the local municipalities, thanks to the skills and commitment of the Organising Committee, will be able to enhance a region which, through this very important sporting event, will find an extraordinary opportunity for promotion and relaunch, also in terms of redevelopment of sports facilities."

The 2026 Games would be the fourth on Italian soil.

Taranto was confirmed as host city in 2019 and is set to receive the traditional handover flag from the Algerian city of Oran after the 2022 Games conclude in July.

This year’s event in Oran had originally been scheduled for 2021 but was pushed back by a year to avoid a clash with the delayed Tokyo 2020 Olympics.