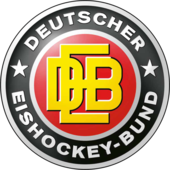 It relates to accusations Reindl, who stood unsuccessfully for President of the International Ice Hockey Federation in September, breached the DEB's regulations.

Allegations were published in Der Spiegel on the eve of the IIHF election over "some questionable payments" in early June, including a salary Reindl allegedly received as managing director of a DEB subsidiary.

The report also claimed that German Olympic Sports Confederation ombudsman Felix Rettenmaier put together a 40-page dossier into the claims, submitted to the DOSB Ethics Commission and which called for a "final assessment of possible criminal liability for breach of trust and corruptibility" and the "consideration of criminal charges".

The HIHA, the umbrella organisation for ice hockey clubs in the German state of Hesse, had threatened to file the complaint if the allegations were not properly investigated.

The DEB, which has launched an independent investigation, told Der Spiegel it was not aware of the complaint and rejected the allegations as "inaccurate".

Reindl has served as DEB President since 2014, having enjoyed a successful playing career including a bronze medal at Innsbruck 1976 among three appearances at the Winter Olympics for West Germany.

He made it to the final round of voting in the IIHF Presidential election, but lost by 67 votes to 39 to Frenchman Luc Tardif.

The IIHF Council elections saw Reindl elected for a second term in the second round of voting.

Reindl said prior to the IIHF elections he does not plan to stand again when the DEB holds its Presidential election this year.