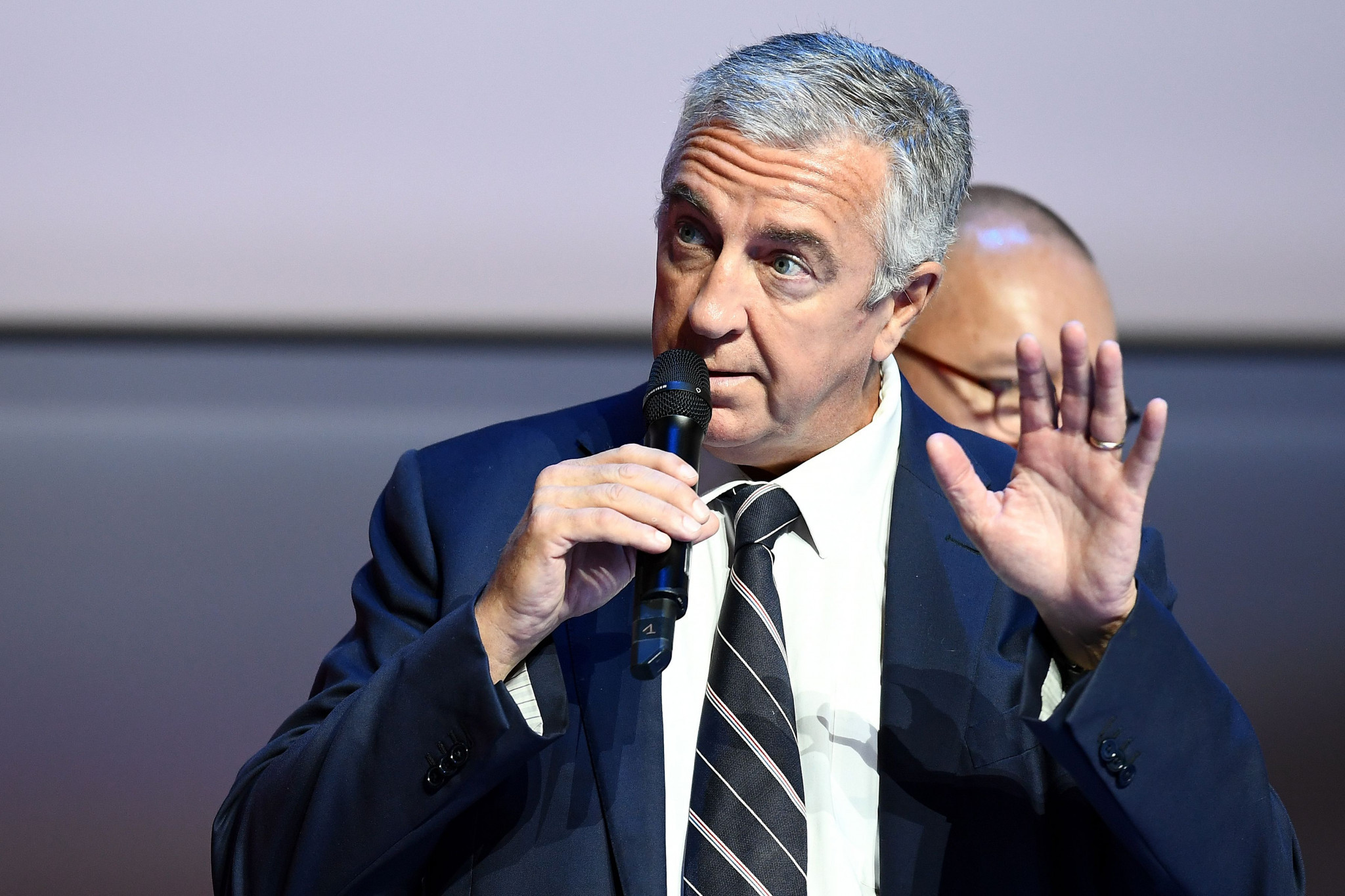 Luc Tardif is the new President of the International Ice Hockey Federation (IIHF) after being elected at the body's Semi-Annual Congress in Saint Petersburg.

The Frenchman succeeds René Fasel, who is the IIHF's longest-serving President and first took the reins in 1994, after rounds of voting were required for Tardif to receive a majority of the ballots.

An International Olympic Committee member, Fasel's tenure as IIHF President was extended with the COVID-19 pandemic delaying this election.

He has now been named as the IIHF's Life President.

Bříza was eliminated in the first round of voting, receiving just eight of the 103 votes cast.

The second to be eliminated was Bach Nielsen with 12 votes from 105, before Tardif was just two votes from victory in the third round as Gontcharov was knocked out the contest with 20 votes.

That left Tardif and Reindl in the final round of voting, with the former receiving 67 votes to the latter's 39.

After being elected, Tardif delivered a short speech outlining some of his plans for the Presidency.

"René asked me eight years ago to be treasurer, I totally invested myself in this mission, but I am still a hockey guy and I know I can offer more," he said.

"I humbly come in front of you, I have only my determination, my crazy passion for this sport, my sense of teamwork, my respect for the people and my honesty to offer.

"I will do everything to be at the level of your expectation.

"I am committed to open up our beautiful sport, promoting it, defending it, preparing it for the future and above all representing it with dignity.

"There is a sentence I always like to use - 'alone we go faster, together we go further'."

Tardif and members of the new IIHF Council will serve five-year terms until 2026 - after which Council terms will return to the traditional length of four years.

"I want to thank Rene for everything he's done for me, because I think I'm ready to take the lead of the Federation right now because he gave me a role which helped me to understand and be ready for that," Tardif added.

"Thank you to my colleagues of the Council.

"I want to congratulate also Franz, I think it was a fair competition and I'm sure we're going to come back together after this election and I'm confident about the future.

"We're going to have a great Council around me.

"The development of our sport will be our main purpose and that's really something I want to achieve.

"We had a plan, I was supposed to share that job because Petr Bříza did a fantastic job and I will need him by my side for this mission."

Reindl also offered his congratulations Tardif on his victory.

"First of all I'd like to really congratulate Luc for his big success in the playoffs here," Reindl said.

"It was a long time watching the games, I really appreciate the patience you've all had for this game and for the election.

"I wish you all the best Luc for the future, and I hope I will join you in the future at the Council.

On the eve of the election, allegations broke in German newspapers Der Spiegel and Augsburger Allgemeine that Reindl had made "some questionable payments" in early June.

A 40-page report into the allegations by German Olympic Sports Confederation (DOSB) ombudsman Felix Rettenmaier reportedly claims there are "sufficient factual indications of a criminal offence in some points" with "initial suspicion".

Rettenmaier is calling for a further legal investigation.

Reindl's lawyer told Der Spiegel there was "no basis at all for accusations against our client."

The news marked a controversial moment during what had been a campaign that several candidates described as "fair".

Tardif told insidethegames last week: "I think we can be positive for the next mandate.

"We've already made some decisions together about after the election - that's what happened when we had to negotiate the contract with InFront, and it gives us common ways to work.

"That's normal, because you've got a President [Fasel] who's been there for 27 years.

"And the contest is very like ice hockey - there is a competition, but sometimes you can drink a beer together afterwards, that's not a problem!"

The 68-year-old has led ice hockey in France, firstly in the French Federation of Ice Sports and since 2006 as the President of the standalone French Ice Hockey Federation.

Since 2012, Tardif has served as the treasurer of the international governing body, as well as being a member of its Council and Executive Committee.

Tardif has also been a member of the French National Olympic and Sports Committee (CNOSF) since 2006, and was elected to its Board this year.

He was the country's Chef de Mission at the Winter Olympic Games in Sochi in 2014 and Pyeongchang in 2018.

Tardif was the last of the five candidates to put himself forward for the role, and recently explained to insidethegames that his close work with Fasel as treasurer and in the IIHF Executive Committee meant "it took a little bit of time to jump in the competition because I know it's a huge job."

However, he also added that his experience as treasurer "gives me another pair of eyes on what we can do and what we'd like to do."

His campaign featured 10 principles and 10 priorities.

Included among his principles, Tardif vowed to place Member National Associations at the heart of the IIHF's operations, provide balance between high-level and development ice hockey, fight against threats to the sport such as doping, racism, homophobia and corruption, promote ice hockey globally and make the IIHF an apolitical organisation.

His priorities include allowing increased interaction across the organisation to give "meaning to the words 'IIHF family'", pursuing a development policy, preparing the IIHF for the future such as by promoting the three-on-three format and using new technologies and "universalising ice hockey".

Tardif is the 14th IIHF President and the second from France after founding President Louis Magnus.

Elections to other positions on the Council were held after the Presidential vote.

Bříza is the IIHF's senior vice-president.

He was one vote short of winning in the first round, which saw Bach Nielsen eliminated, before beating Canadian Bob Nicholson by 70 votes to 33.

Bach Nielsen was elected as regional vice-president for Europe and Africa after claiming 61 votes to Reindl's 44.

The IIHF Council must have at least two female members, with Hungary's Zsuzsanna Kolbenheyer and Poland's Marta Zawadzka re-elected to their positions.

Gontcharov withdrew his application for a second term on the Council

Reindl was elected for a second term in the second round.

Latvia's Viesturs Koziols was elected to the final Council position in the third round.