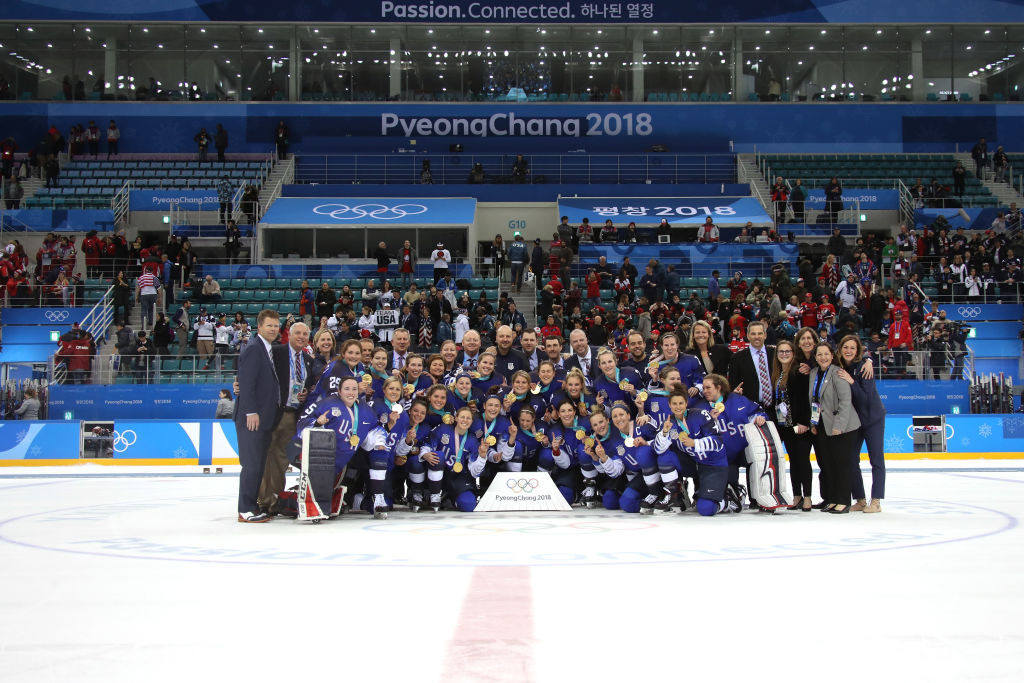 USA Hockey has named its women's squad for the ice hockey tournament at the upcoming 2022 Winter Olympic Games in Beijing.

The roster includes 15 players who were part of the team that won the gold medal at Pyeongchang 2018.

Hilary Knight is set to make her fourth Winter Olympic appearance for the United States, joining Jenny Potter, Angela Ruggiero and Julie Chu as the only American women in USA Hockey history to achieve the feat.

Eight athletes will compete at an Olympics for the first time at Beijing 2022, scheduled to open on February 4.

Katie Million will be the general manager of the US women's team at the Games, while Joel Johnson will serve as head coach.

"Naming an Olympic team is always a momentous occasion and we’re thrilled to take this next step on our journey," Million said.

Together. All in. Ready. 💪#WinterOlympics | @TeamUSA 🇺🇸 pic.twitter.com/I9N8n73cyH

"The players have consistently worked hard and battled through adversity in the last three months, and we’re confident in the talent and energy they bring to the ice as we look to take home gold in Beijing."

The US, seeking a third winter Olympic gold medal, will open their campaign against Finland on February 3 - a day before the Opening Ceremony.

Canada, Switzerland and the Russian Olympic Committee team are the other nations in Group A.

COVID-19 and concerns over human rights, sparking a diplomatic boycott of the Games by the US, have dominated the build-up to Beijing 2022.

National Hockey League players will not compete in the men's ice hockey event, which begins six days after the women's tournament on February 9, because of the novel coronavirus.