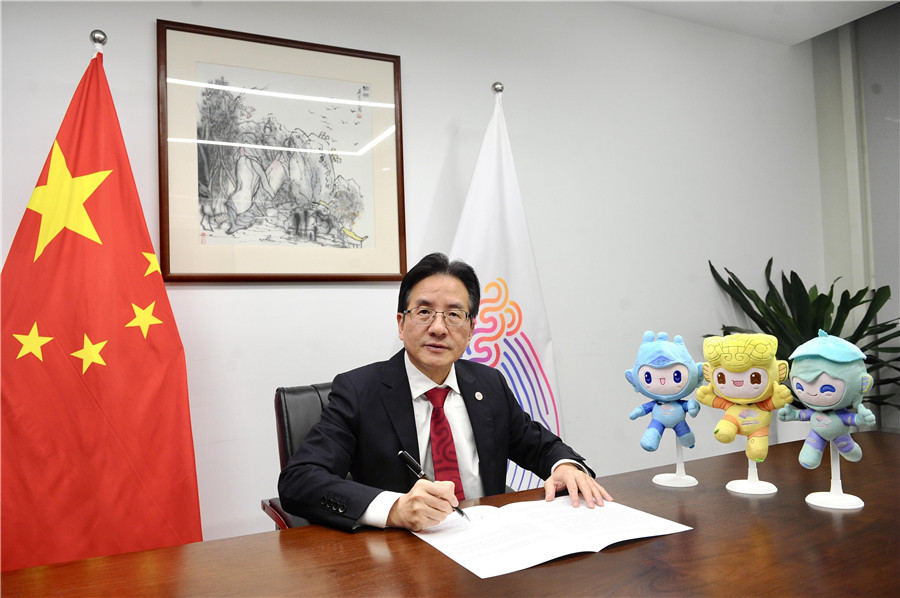 A Memorandum of Understanding (MoU) has been signed by Hangzhou 2022 and Aichi-Nagoya 2026 - the Organising Committees for the next two editions of the Asian Games.

Under the agreement, both will share further information and staff and collaborate on the release of information about both events.

This aims to "build momentum" for the Asian Games, with the Chinese city of Hangzhou set to host the 19th edition from September 10 to 25 this year.

It is also claimed that the agreement will help promote the Olympic Movement in Asia and strengthen the relationship between Japan and China.

The two countries have a strong economic relationship, although there have been some tensions with Japan angering China over an increasingly assertive pro-Taiwan stance.

The Japanese Government also confirmed last month that it will not send a Government delegation to the Beijing 2022 Winter Olympics and Paralympics, although it has not labelled the move a boycott and will send officials with direct ties to the Olympics.

Other countries including the United States have committed to a diplomatic boycott of Beijing 2022 over human rights concerns in China, which has consistently denied allegations of abuses including those of a genocide against Uyghur Muslims in Xinjiang.

Hangzhou 2022 insisted the MoU builds on the existing relationship between the two Organising Committees, with Aichi Prefecture Governor Hideaki Omura visiting Hangzhou in May 2019 and meeting representatives from the Provincial Government in Zhejiang and the Municipal Government in the host city.

Both bodies also jointly released a promotional video for the Asian Games in July 2020, while Aichi-Nagoya 2026 offered its best wishes to its Hangzhou 2022 counterparts at the one-year countdown in September 2021.

The MoU was signed by Chen and Aichi-Nagoya 2026 director general Naruse Kazuhiro.

China and Japan have historically been the two best performing nations at the Asian Games.

The upcoming editions are set to make it the third time that both have held the event.

China previously hosted in its capital Beijing in 1990 and in Guangzhou in 2010, while Japan's capital Tokyo held the third edition in 1958 and Hiroshima staged it in 1994.